Why Your Next Flight Pilot Could Be Less Experienced Than Usual

A regional airline in the U.S. is trying to make some changes that could result in the pilot of your next flight being less experienced than you may be used to. The pandemic has affected travel in several ways to date, from having to wear masks on flights to a range of different entry rules and restrictions. Yet whilst these policies are undergoing changes around the world, one long term result of the pandemic that doesn’t look like it will be going away any time soon is a shortage of pilots to fly aircraft.

One regional airline thinks it has the solution to the crisis – and it involves letting pilots fly commercial aircraft much sooner than they are currently allowed to do so when it comes to earning their flight hours. Here’s a look at the changes being proposed, which airline is championing the cause and what it could mean for your next trip.

In order to apply for a job as a pilot at an airline, candidates in the US must have accrued 1,500 hours of flight time beforehand, or 750 hours for ex-military candidates. This rule was brought in by the FAA in the wake of an aircraft accident in 2009, after an investigation into the accident concluded that both pilots failed to respond appropriately to warnings. Prior to this rule, first officers only required a minimum of 250 hours in order to become a commercial license holder.

However, the rule may result in more experienced pilots being developed, it can also take longer for pilots to become fully qualified, and makes it much more expensive too. Whilst this can be a problem in the best of times, it is even more of an issue at present, with the country facing a significant pilot shortage in the wake of the pandemic. However, Republic Airways feels it may have the solution to the issue.

The Indianapolis-based airline has called for the FAA to grant them an exception to the 1500 hours rule. The regional giant instead wants the FAA to permit them to take on pilots with just 750 flight hours – half of the usual number of hours – providing that they have graduated from the airline’s own flight academy. Whilst it may be a tall order for other airlines, Republic may have a point.

Unlike other regional airlines, Republic Airways boasts its own training program for applicants who possess little to no experience in the air. Republic argues that becauses their training program, called LIFT (Leadership in Flight Training), bears similarities with military training, their applicants should be able to receive their airline transport pilot certificates at the same stage as military candidates – after 750 flight hours.

Whilst the filing by Republic Airways has not yet been decided upon by the FAA, it could lead to the end of the 1,500 hour controversial flight rule that many in the industry find to be excessive. Having a pilot that hasn’t completed that many flight hours should not necessarily be considered less safe, due to the fact that the number was once 250 hours in the US and other countries around the world also have far lower limits.

Republic argues that not only would such a change help address the current pilot shortage, but it would come with other benefits, such as making the cost of studying to be a pilot in the future more affordable and open it up to candidates from more diverse backgrounds. With more pilots qualified now and in the future, it would help address the large volume of flights delays and cancellations that are currently ruining travel for thousands of Americans – particularly if other airlines follow suit and file for exemptions from the current rules. 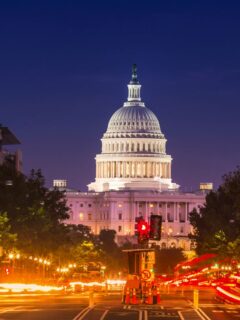 Previous
10 Off The Beaten Path Things To Do In Washington D.C. 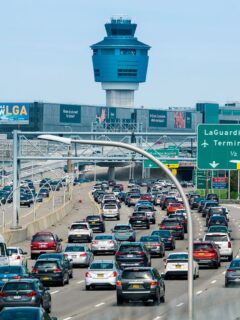 Kyle, you should know that no safety experts thinks hours are an appropriate metric for determining the quality of the pilots. At the time of the legislation then NTSB Chair Deborah Hersmann stated that hours are a poor metric because pilots with 20k hours have accidents. Instead, NTSB, other safety experts and training professionals want a data-based training regime described in this article about the Republic Petition.

The impact on pilot quality since the 1500-hour rule was mandated has been counterproductive according to a position page by Flight Safety Foundation and a link to that paper is in the article.

I'd be most reluctant to fly with any pilot who has been vaccinated... or ... is lacking in experience.

As a pilot in the industry I will say this is a bad idea. I’ve spent 12 years flying and there are still situations that can catch you off guard. Experience is vital when making decisions with mere seconds.