After two years of enforcing harsh travel rules in response to the Covid pandemic, which have only recently been relaxed, Canada is pushing forward with stricter entry controls. Now, the current government is proposing a new law that would allow border agents to search travelers’ phones and other digital devices whenever necessary.

Canada already has one of the most robust border regimes in the world, requiring entry visas for a number of nationalities, and even a travel authorization from visa-exempt foreigners. Even then, some government officials are advocating for heightened surveillance at the borders, including controversial measures that may fail to protect privacy:

First introduced in the Senate on March 31, the new bill, numbered S-7, is a proposal to amend the current Customs Act and the Preclearance Act, in effect since 2016. Citing a need for maintenance of security at the borders, the text details how a border agent may soon be able to search one’s personal devices when judging necessary.

The full text, which can be read here, clearly states that a preclearance officer would be entitled to ‘examine, search and detain documents’ if deemed fit, including on border crossings between Canada and the United States. Those could be emails, private messages, receipts, and even photographs and videos stored on personal devices.

When entering or leaving Canada, travelers would be subject to more thorough searches if the incumbent agent has a ‘reasonable general concern‘ that any documents or files they carry ‘contravene’ the S-7 bill, or ‘any regulations made under it’. To put it simply, the searching is entirely at the agent’s discretion.

Should the S-7 bill be enshrined in law, Americans and Canadians crossing the border would not be able to oppose having their devices dissected, especially when importing and exporting products in between the countries. Under the bill, agents are reserved the right to search personal files when concluding they ‘may afford evidence’ of illicitness.

Officers would also be allowed to make copies of any documents examined and/or seized, with those refusing to comply facing severe punishment, such as hefty fines of thousands of Canadian Dollars or even imprisonment. More information can be found under the Section 160.1, where the penalties for ‘hindering’ an officer are detailed.

New Bill Has Not Been Written Into Law… Yet

The bill is still being appraised and reviews could be made, but if those parliamentarians behind it are successful in their arguments, Canada would join a list of Middle Eastern and Asian countries where the practice is common – most notably Israel, where email checks have been allowed since 2013.

Unsurprisingly, the proposal has caused an uproar within the traveler community, and even society as a whole. In an opinion article for The Epoch Times, Calgary-based commentator Cory Morgan called the bill the Government’s latest effort to ‘erode’ personal liberties, following other laws aimed at regulating the internet and a recent ban on handgun sales.

In an article published by the Canadian Civil Liberties Association (CCLA), analyst Brenda McPhail voiced her concerns that the latest border bill ‘fails to protect privacy’. As McPhail states, the CCLA ‘looks forward to participating in the public and legislative debates on Bill S-7 and standing up for the rights of travelers’ at Canada’s borders.

The CCLA has, in fact, long advocated for privacy rights to be protected, and according to McPhail, the Bill S-7 fails to do so by subjecting travelers to ‘unreasonable searches’. In sum, the Association seeks a review of the ‘reasonable general concern’ threshold, which in their view does not establish more specific situations where searches could be reasonably conducted.

‘It is not used anywhere else in the legislation, or any other legislation that have identified so far’, shared McPhail, who also raised the issue of both racial and religious profiling when border agents are allowed to freely make these assessments without any clear criteria. For the CCLA, a minimum threshold of ‘reasonable grounds to suspect’ is required instead.

However, as affirmed by Public Safety Minister Marco Mendicino, one of the officials behind it, the new law will institute ‘clear and stringent standards that must be met before a traveler’s device can be searched’. Mendicino also assured this would help Canada keep its borders secure while fighting ‘serious crimes’, including child pornography.

The bill already passed second reading on May 11, giving strong indication it could be approved in the end, though important reviews are expected. For more information on regulations imposed by Canada, including the tightening of rules at its borders, travelers are advised to follow updates through the official website.

Airlines Rally Together Against Testing Rule To Enter U.S.

This Is How Much You Will Pay In Gas For Your U.S. Summer Road Trip 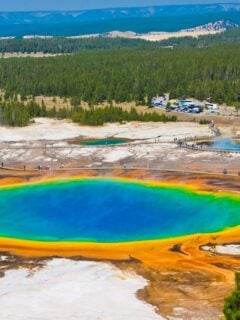 Previous
These Are The Top U.S. Attractions This Summer According To Google Searches 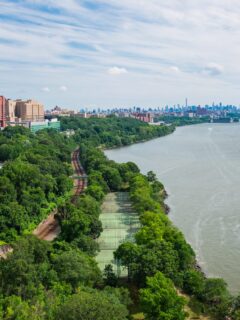 Next
This New Amtrak Route Takes You Through The Best Of New York State
Click here to cancel reply.

If Canadians don’t stand up, it will be the next North Korea.

Canada looking down on the US for years about their surveillance and OTT-in-the-name-of-"security" policies. Who's looking now. Shame on you Canada.

What does this change? Canadian border officers already search people's phones and laptops, even Canadian citizens'.

What a nightmare of a country. Argentina and Venezuela were once two of the wealthiest countries on the planet, now they are mired in poverty. Canada is set to follow their route.

Nothing surprises me anymore about Trudeau's totalitarian regime. Time to get a brick or flip so there is nothing to search.