​​Mexico To Allow U.S. Airlines To Serve Domestic Flights, What This Means For Travelers

At the moment, only national carriers can operate domestic flights, and international airlines can land in Mexican cities but not offer internal connections. This could soon change. “Let’s open up aviation,” said president López Obrador: “Let’s open it up to the competition. That’s democracy.”

The news has surprised the travel industry—and people in general as it is considered a contradictory measure to his government’s principles of independence and self-sufficiency—  and aroused interest across the world. Many international companies are attentive as Mexico has been leading as the King of Tourism in the Americas.

“Let foreign airlines come in, from Europe and the United States, so that they can operate flights inside the country,” the president added. It is certain that many American airlines will be interested in offering domestic flights in Mexico as Mexican cities are already among the top destinations for U.S. citizens, and many are even moving permanently to this country.

The president seems to be interested in boosting air traffic and tourism. This new measure could change transportation in Mexico for locals and tourists. Here are a few predictions of what could happen in the near future:

What This Means For Travelers

As the president explained, allowing foreign companies to operate in the country will increase competition, and travelers will have not only more carrier options but also a wider range of prices.

We would have to wait a little longer to see how this measure will be implemented and what is going to happen in the market. However, we could predict cheaper prices since the president is allowing international companies with power and resources to compete in the market.

This strategy could also increase travelers’ and airlines’ interest in the new international airport serving Mexico City, the Aeropuerto Internacional Felipe Ángeles (AIFA), one of President López Obrador’s most emblematic constructions. The AIFA required a large investment of over 80,000 million pesos —around 4 million dollars— and it was inaugurated in August but hasn’t received the attention nor the number of passengers expected, probably because it is 30 miles away from the city.

Allowing foreign airlines to serve domestic flights could not only help recover investment costs in the AIFA but also create new routes and connections that travelers would love. The most important Mexican airlines, like AeroMexico, Volaris, and VivaAerobus, do not fly between important beach towns—like from Mazatlan to Cancun or Puerto Vallarta to Cozumel— and it might be a great opportunity for other airlines to cover these routes.

According to recent data published by the Mexican government, these are the top 5 destinations in Mexico for Americans:

New routes could allow more tourists to visit their favorite destinations in Mexico more easily, with fewer stops, and for less money than the current market offers. Going directly from the Mexican Pacific to the Mexican Caribbean, without making a stop in Mexico City, could make many travelers happy.

Having more domestic flights could also allow travelers and residents to visit towns that lack flight connections. In some destinations, the infrastructure is available, but there aren’t enough flights and passengers to sustain local markets and boost tourism. It is happening at the Hermanos Serdán International Airport in Puebla—east-central Mexico— and the Loreto International Airport in Baja California Sur. 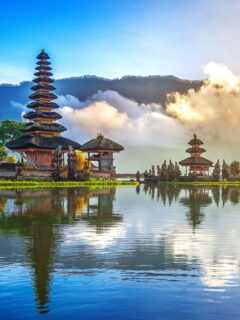 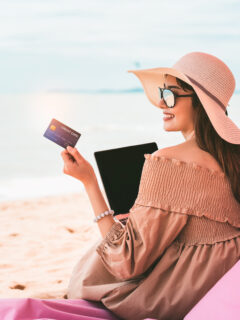 Next
The Best Travel Rewards Programs Of 2022 Revealed
Click here to cancel reply.

typo of b for m. Fixed