Mexico is climbing up to the very top of the charts this year as it continues to post impressive arrival figures well into the shoulder season. It has indisputably become the King of Tourism in the Americas, and a huge part of its newfound popularity can be attributed to a triad of world-class destinations that visitors seem to love more than anywhere else.

In spite of the dispiriting travel advisories issued by the United States and the incessant generalization of Mexico as an unsafe country, Americans have continued to flock to the country, proving not all negative stereotypes are true, particularly when it comes to these three sunny hotspots along the coast.

They are at the forefront of the Mexican revival and have led the tourism recovery in recent months:

The Sunny Mexican Coast Is Where It’s At

As reported by the research group Grupo Empresarial Estrategia, Mexico’s beach cities have registered a ‘pronounced’ increase in international arrivals during the first seven months of 2022, an increase of more than 12.6% compared to 2019, the year preceding the health crisis. In total, 8.4 million air passengers were recorded, or 936.000 more.

This means the Mexican coast, whether it’s the turquoise waters of the Caribbean or the azure oceans of the Pacific, has comprised 23.3% of the tourism in Mexico in a year when 36 million visitors have made it their preferred vacation so far. Interestingly, these surprising numbers are not exclusive to the Riviera Maya, Mexico’s top attraction.

Officially, the three hubs tourists love the most are:

Cancun Takes The Crown For Now, But It Should Watch Out For Los Cabos

According to the research, Cancun was the definitive winner among all Mexican cities with 5.7 million air passengers either transiting through or landing in it between January and July, and this success trajectory will continue as it prepares to host over 9 million more guests between the months of December and April (Mexico’s equivalent to a high season).

In other updated figures, Cancun already nears 7 million visitors. Los Cabos, on the other hand, peaks at number two on the ranking with around 1.48 million international arrivals between January and August, a laudable 38.1% increase from a dire 2021. Somehow, it has risen from the ashes of Covid much stronger than it was before.

It may be the runner-up, at least for now, but for months on end, it has continued to challenge Cancun as the fastest-recovering destination south of the border, with a 32.6 percent increase in tourism versus 2019 in July only. Throughout 2022, the Capes have grown by 17.9 percent in total, more than the two competitors on the list.

Comparatively, while it still came out ahead in figures, Cancun rose by a marginally lower 14.6%. Representing the Pacific alongside Los Cabos, Puerto Vallarta rounds out the top three having managed to grow 3.1% so far in 2022, in comparison with the pre-pandemic era, still according to Grupo Empresarial Estrategia.

Locally in the state of Jalisco, Vallarta has been setting its own records owing it to the beautiful beaches it boasts, the year-round great weather, and a rich cultural scene. The Secretary of Tourism in Mexico, Mr. Miguel Torruco Marqués, confirmed himself that for the ‘week 37’ of 2022, Vallarta was the third best-selling destination with an occupancy of 57.3%.

It is only beaten by Cancun (72.4%) and Los Cabos (59.9%), in line with the findings of this recent study. When it comes to air traffic, Mexico City’s saturated AICM is still an absolute leader, mostly due to the vast connectivity it offers, both domestically and internationally, and its status as an airport serving a capital city.

Even then, its growth remains 2.6 percent below 2019’s levels, while Cancun Airport saw a 22 percent jump, supporting other claims that it could one day surpass Mexico City to become Mexico’s number one hub. The cities of Tijuana and Guadalajara are also mentioned in an El Financero article as fast-growing destinations.

Why Are Cancun, Los Cabos And Puerto Vallarta So Popular?

The success of the Mexican triad can be attributed to these aspects below:

Yes, Mexico is a lot more than its crystal clear beaches and the resort strips – trust us, we are very aware of that and have been vocal about it – but there’s no denying the famous trio trumps all others when it comes to overall performance and high satisfaction rates: they are Mexico’s crown jewels, after all, and will continue as such for years to come. 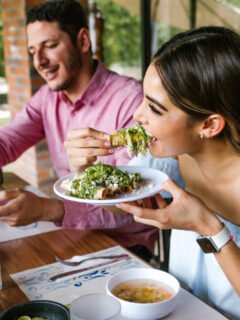 Previous
Wyndham Could Pay You $10,000 To Eat And Drink Around the Globe 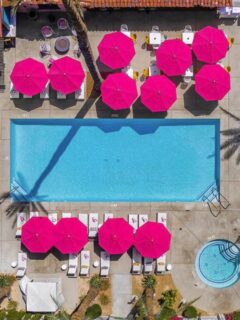