Americans are beginning to regain confidence in air travel, as evidenced by TSA’s recent checkpoint data. 1,357,111 Americans were screened in airports across the United States on March 13, marking the busiest day since the inception of the global pandemic last year. The figures previously fell to 90,000 in April and remained below the one-million mark until October.

With the current growth in aviation activity, Americans are seeing lower airfares and new domestic routes.

The latest statistics from the Transportation Security Administration reflect optimism for travelers as well as the aviation industry, adding to the consolidation received in the form of an economic stimulus signed by President Biden on Thursday.

The recovery of air travel begins as the vaccination campaign advances and the active case count declines.

The Fort Worth-based airline said the additional frequencies were added in response to pent-up demand for business and leisure travel.

The carrier is adding twice-daily service from Austin to Las Vegas (LAS), Nashville (BNA), New Orleans (MSY), and Orlando (MCO) in May.

The Seattle-based airline will operate twice-daily service between Seattle and Idaho Falls (IDA) as well as Seattle and Redding (RDD), California.

New routes from BOI are to Chicago O’Hare (ORD) and Austin (AUS). T

The routes will be operated by Horizon Air, a subsidiary of Alaska Air Group. Alaska also announced 28 daily departures to 12 cities from BOI starting June 17.

Alaska’s Vice President of Network and Alliances, Brett Catlin, said: “We look forward to serving the needs of the community with nonstop flights, low fares, and great service.”

Alaska Air said passengers will be able to connect to American Airlines’ domestic and international networks at ORD.

Although a date has not yet been released, CEO Gary Kelly hopes it would be “in time for summer vacations.” He added that the carrier will continue to focus on air travel “to pursue more customers and much-needed revenue”.

The airline recently advertised its spring sale for May with airfares as low as $49 one-way.

Along with added networks, U.S. airlines are offering lower airfare in a bid to lure travelers up into the skies.

According to the latest data from Bureau of Transportation Statistics (BTS), U.S. domestic airfare slumped to an average of $245 in Q3 of 2020. The aforementioned rate is the lowest inflation-adjusted average quarterly airfare recorded by the BTS dating back to 1995. It also reflects a 30% decline YoY as reported by Bloomberg.

Given the current advantage of lower airfare, carriers are revising policies for the near future.

Delta’s basic economy tickets purchased after March 30, will not be changeable or refundable.

The cut-off date is the same for airline JetBlue, as Blue Basic fares starting April 1 would be changed or canceled at a fee of $100 for travel within the U.S., Mexico, Caribbean, or Central America, and a fee of $200 for all other routes.

Southwest Airlines will resume as normal as the carrier did not impose change fees to begin with.

Most airlines will provide a travel credit if you switch to a lower-cost ticket, save United, who will not issue a credited difference on changed flights.

On another note- while most vouchers issued during the halt in travel last year are set to expire this month, some carriers, such as Delta, have extended deadlines. It’s advised to review the timeframe of validity to plan accordingly, before said policies are changed.

Otherwise, under the current circumstances, calling the carrier directly to speak to a representative could prove useful given the increased flexibility offered by airlines at this time. 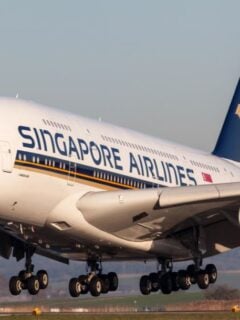 Previous
Australia and Singapore Travel Bubble Could Launch By Mid 2021 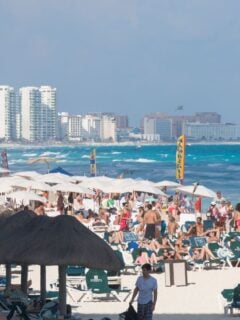