10 Must-See Attractions in the Country of Georgia

Georgia has long been one of Europe – and the world’s – most underrated countries. But it’s grown in popularity as a travel destination in recent years, as more and more people discover how much this small but beautiful nation has to offer.

With the Caucasus Mountains on one border and the Black Sea on another, its filled with stunning natural beauty. And Georgia’s location at the crossroads of civilizations means there’s lots of history to uncover as well.

Did we mention the wine? It’s incredible. And there are plenty of friendly locals to share it with! So, without further ado, here are the 10 best places to visit in the country of Georgia.

Tbilisi is the country’s capital and the home to its largest airport, so it’s only natural that we start our list here, since your trip probably will too.

But that’s not the only reason to visit Tbilisi, of course. From its ancient buildings, like Narikala Fortress, to more modern additions, like the Bridge of Peace, the architecture is one of the first things that catches the eye here.

But hidden beneath the surface is something even, well, hotter. That’s the hot springs that the city is built upon, earning it the name “warm place” or Tbilisi. Make sure you take a dip while you’re in town.

The country’s second-largest city, Batumi, provides a notable contrast from the rest. It’s on the coast, for one, with beaches replacing mountains.

And its architecture – and many of its attractions – are more modern, from gaudy skyscrapers to the casinos that’s earned it the nickname Las Vegas on the Black Sea.

Uplistsikhe was founded around 3,000 years ago, in roughly 1000 BC. And it’s lived through countless major events in Georgia’s history, from its rises to its falls and everything in between.

Much of the city was destroyed by the Mongols in the 13th century, which led to its abandonment. But the surviving buildings and tunnels cut into the caves here make the “Lord’s Fortress” a truly unique tourist attraction.

More Sakartvelian history awaits in nearby Mtskheta, which was the capital of the Kingdom of Kartli from the 3rd century BC to 5th century AD.

Though its political significance faded long ago, its historical and cultural significance lives on. Mtskheta is considered a World Heritage Site by UNESCO and a “Holy City” by the Georgian Orthodox Church.

In a country full of beautiful views, perhaps none are quite as breathtaking as the stone towers of Gergeti Trinity Church set against the backdrop of Mount Kazbek.

You’ll find it in Stepantsminda, known as Kazbegi during Soviet times. The church is reachable with a 3-hour hike – or 30-minute drive – up steep terrain. Of course, there’s plenty more hiking to be had, if that’s not enough to get your blood pumping.

If you prefer your mountain adventures fused with a little more adrenaline, Georgia’s most popular ski resort is just a short bus ride away.

Gudauri sits over 7,200 ft above sea level and offers skiing, snowboarding, heliskiing, speedriding, and paragliding, as well as snowmobiles and snowbikes.

Vardzia is an arguably more impressive cave city – but one that’s also a little harder to get to – than Uplistsikhe. The site was founded in 12th century as an underground fortress from which to resist invading armies. But after an earthquake basically ripped it in half, Vardzia was turned into a monastery.

These days, both the caves and the churches built into them make it a popular and impressive tourist site.

One of nation’s oldest surviving cities, Telavi is also the largest in the Khaketi region. The area used to be its own kingdom. But these days it serves as the heart of Georgia’s wine country.

In fact, archaeologists consider this area to be birthplace of wine, and the locals still use the same millennia-old techniques to make it.

Another of Georgia’s UNESCO sites, Ushguli is also the highest inhabited town in Europe, at over 6,900 ft above sea level.

Its elevation makes it hard to reach. But that’s only helped preserve the distinct culture of the Svan people who’ve called the area home since the first century BC. Visiting Ushguli is a little like stepping into a time machine.

There are no shortage of hiking opportunities around the other entries on our list, what with all the mountains and hills. But if you’re looking for a dedicated trekking trip, just you and the outdoors and maybe some wildlife, then Lagodekhi National Park is a great pick.

One of the most popular hikes takes you to Black Rock Lake, but the park also has a couple waterfalls and other cool sites. Keep your eye out for the local fauna, which includes everything from deer to lynx to numerous birds of prey. 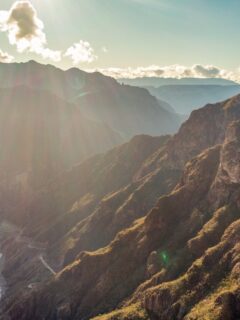 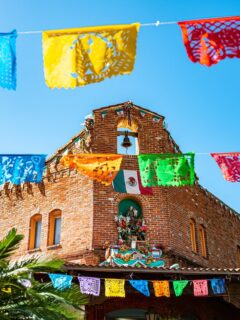