10 Non Stop International Flight Routes You Can Take From The U.S. This Year

Traveler demand is increasing and airlines are ramping up flights to destinations around the world. Ready for some inspiration?

Here are ten international flight routes from the U.S. you can take this year.

Cartagena is one of Colombia’s hottest travel destinations (literally and figuratively) and it’s now even more accessible with the launching of Avianca’s direct flight route between New York’s JFK Airport and the Caribbean city of Cartagena.

In less than five hours from New York City, you can be exploring Cartagena’s colorful Old Town, the backstreets of Getsemani, and feasting on empanadas from a streetside food cart as you watch the sunset over this beautiful port city.

After two years of minimal flight activity, Australian airline Qantas recently announced some new international flight routes as the island-nation begins to reopen its borders to tourists. The new flights include an inaugural route from Melbourne to Dallas Fort-Worth, which is scheduled to launch in December of this year.

Starting April 17th, fully vaccinated travelers to Australia will no longer need to show a negative Covid test result pre-departure. So, if you have your heart set on Australia’s southeast coast, Qantas is ramping up flight services between Los Angeles and Melbourne.

This route replaced the one between Frankfurt and San Diego, which had to pause services in March 2020. Flights are currently scheduled five times per week. Flying to Munich gives you easy access to the rest of Germany and it’s just a short car ride to the Austrian countryside, so start planning your adventure to the German Alps!

This new international route is one in a slew of new transatlantic flight routes announced recently by major American and European airlines.

These two cultural cities have so much to offer travelers. And since The Netherlands removed all Covid-related travel restrictions this month, it will undoubtedly be a busy summer in the Dutch capital.

It was announced earlier this week that Turkish Airlines will be launching an inaugural flight route between Seattle-Tacoma International Airport and Istanbul. Set to launch on May 27th, this will be a long-haul flight as well as the 12th US city with direct services on Turkish Airlines.

Flights will operate four times per week on the airline’s Boeing 787-9 Dreamliner.

Get ready to fly to Italy’s stylish city in the lap of luxury. European boutique airline, La Compagnie, just launched a new international flight route between Newark Airport and Milan. La Compagnie is an exclusively business class airline, and other flight services include New York-Paris and New York-Nice routes.

If your heart is set on visiting England this summer, know that you will soon be able to get there on a budget from the East Coast.

Just announced this week, low-cost airline JetBlue will be launching flights from Boston Logan International Airport to London’s Heathrow and Gatwick airports this summer. The Boston to London Gatwick route is scheduled to launch on June 19 and Boston to Heathrow set for August 22.

As an alternative airport to the always-busy LAX, Los Angeles’ Burbank Airport is ramping up flight services for international travel, and that includes flights to major cities in Canada.

That being said, Canadian ultra low-cost airline Swoop announced it would be increasing flight routes both internationally and domestically this past year. One of the newest international flight routes set to launch by the airline is between Los Angeles Burbank and Edmonton International Airport. Thrice weekly flight services will begin on June 23rd, allowing southern Californians an easy budget option to visit Alberta’s capital city.

First of its kind on Virgin Atlantic, travelers can swap the humidity for the highlands and haggis on the new Orlando to Edinburgh nonstop flight.

More transatlantic flights from the West Coast are ramping up in 2022, this time with low-cost airline LEVEL. The airline’s summer flight schedule this year includes a direct route between Los Angeles International Airport and Barcelona. Flight departures from LAX to the Catalan city are currently scheduled three days a week on Mondays, Thursdays, and Saturdays. The itinerary will expand to also include Wednesdays starting on June 1st.

This new route is currently the only nonstop flight from the US West Coast to Barcelona. 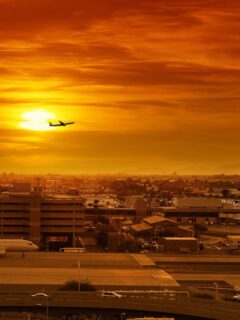 Previous
These U.S. Airports Have The Longest Wait Times At Security 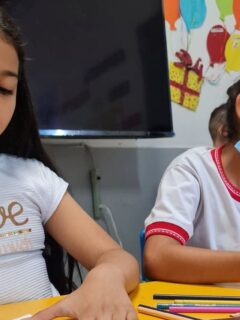 Next
How To Volunteer In Medellin, Colombia
Click here to cancel reply.