5 Of The World’s Best Airports Are In The USA

A recent study into which airports are the best for travelers has revealed that five of the top 10 airports around the world are located in the USA. Despite a range of issues affecting the continent, such as inclement weather and a myriad of other factors brought about by the pandemic, American airports are shown to be leading the way amongst their international counterparts – a discovery that’s bound to please travelers as we look to be heading into a bumper summer of travel.

Taking into account a range of factors, including delays, the cost of parking and average taxi transfer times, American airports stood out in the list – but they didn’t quite manage to take the coveted number one spot. Here’s a closer look at the study, including how it was calculated, which airport took the top spot and who was crowned the best of the airports in the US.

The study into which airports are the best for travelers was carried out by British finance company Money. The firm took into account the 50 busiest airports in the world according to the Port Authority of New York & New Jersey’s 2019 Annual Airport Traffic Report, and rated them out of ten according to the following metrics:

Taking top spot is Singapore’s Changi Airport. No stranger to winning airport awards, Changi averaged 8.32 out of 10 according to Money’s metric. Changi stood out from the competition when it came to airport parking, with travelers only having to pay an average of $25.98 USD to keep their cars at the airport for a week, whilst it also features the second highest number of airport shops of those on the list.

Coming in second on the list was Tokyo’s Haneda Airport. Scoring 8.03/10, Haneda was the highest scoring airport in terms of on-time flights, whilst also being situated just a 14-minute taxi ride from the city. Taking the bronze medal was Mexico City International Airport, which boasted the fastest airport transfer time of just 7 minutes and an incredible 226 shops – more than any other airport on the list.

Ranked as the fourth best airport in the world, and the best airport in the US, was Hartsfield-Jackson Atlanta International Airport. Hartsfield-Jackson was also the world’s busiest airport according to the 2019 Annual Traffic Report, with more than 110 million passengers passing through its terminals – helped in no small part by being home to aviation industry giants Delta. It also had the second highest on-time performance percentage of the 50 airports in the study.

The other American airports that featured in the top 10 on the list were:

The top ten airports are as follows: 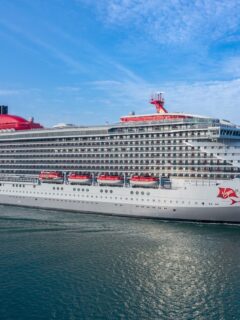 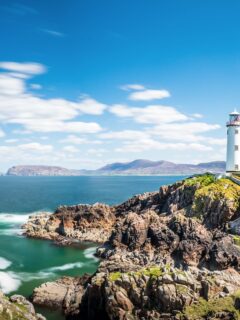 Is this a Joke? Mexico City 3rd best airport in the world compared to Singapore?????

You just killed the whole study

Not our study, but "Money"'s study. I agree with you though, I dislike CDMX airport and I have to travel through it a few times a month. I wish it was better!

Not sure who makes these studies but MCO, MIA and DFW shouldn't be in the top 10 spots. Now ATL and CLT are fine

this is a huge joke

This list of “best airports” doesn’t mean much as the study only uses 5 metrics. Mexico City airport for example is dirty, doesn’t provide satisfactory guidance to travelers, and those many stores look more like street stalls than stores for international travelers.

This list can’t be right. Frankfurt is a nightmare of an airport with numerous security checks and is known to be one of the worst and most confusingly constructed airports. I’ve also read that the Moscow airport is notoriously difficult and bad as well.

The old Aratürk airport was always one of my favorites and Incheon.