Options for American travelers considering a domestic trip keep on growing, with the news that Allegiant Air is set to add a host of new routes in 2022 for travelers to take advantage of. The announcement comes hot on the heels of a string of similar announcements, with various other airlines in the US announcing network expansions over the past few weeks, such as Breeze, Spirit and Southwest. Unlike other announcements, Allegiants has expanded solely across the domestic market.

On top of their recent route expansion announcement, the airline also signed an exciting partnership with a Mexican airline, which could bare fruit in the form of low cost international flight options in the near future – giving travelers even more to look forward to. Here’s a closer look at Allegiant’s latest route announcement, plus everything we know about their partnership with the Mexican airline.

Allegiant revealed on Tuesday that it has planned a total of nine new domestic routes, each of which is scheduled to start next year. With fares starting from as little as $39 one way, the new routes are set to be extremely affordable for travelers, and could prove to be extremely popular should the renewed appetite for travel amongst American travelers continue to grow into the new year – providing the new virus variant doesn’t completely derail the industry.

Speaking about the new routes, senior vice president of revenue and planning at Allegiant, Drew Wells, highlighted the destinations and the timing of the routes starting as key points. “These routes will connect our customers to premier destinations in Arizona and Florida just in time for Spring break,” Wells said.

He went on to add: “Whether travelers are looking to explore the desert southwest or take in the beaches of Florida, we’ve got the flights for them – free from the hassle of stops and layovers – at a price they can afford.”

More routes could yet be on the way for Allegiant following their announcement that they have formed a partnership with a Mexican airline, the low cost carrier Viva Aerobus. The two airlines will now be able to coordinate their operations, such as loyalty programs, routes and scheduling, and will give both airlines access to a much wider market.

“Allegiant and Viva Aerobus operating together will be a tremendous win for consumers seeking affordable, nonstop travel between the US and Mexico. This groundbreaking alliance should reduce fares, stimulate traffic, and ultimately link many new trans-border cities with nonstop service. In short, it will bring meaningful ULCC competition to the US-Mexico market for the first time in history.” 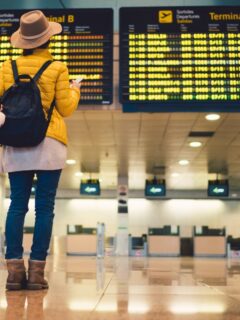 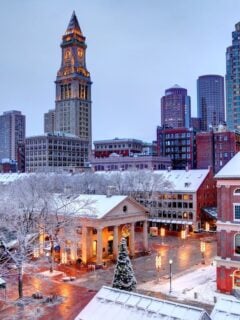 Next
The Top 9 Christmas Markets In The U.S. To Visit This Holiday Season
Click here to cancel reply.