The Northeast Alliance of the aviation giants American Airlines and JetBlue Airlines has grown once more, with a host of new routes and increased frequencies for existing routes planned for the new year. The burgeoning partnership between the two airlines has gone from strength to strength in recent weeks – despite the threat of an antitrust lawsuit concerning market competition hanging around in the background – and doesn’t look to be slowing down any time soon.

The new developments in the alliance between the two airlines will not only see new routes and more flights available for travelers, but they will also see American and JetBlue co-locate out of New York LaGuardia Airport’s new terminal, making connections between the airlines seamless. Here’s everything you need to know about the new developments, including which new routes are coming in 2022 and which routes are getting a boost.

New​ flights from the Northeast Alliance departing from Boston are as follows:

Each of the above flights will be carried out by American Airlines. Flights will be served by Embraer E175 aircraft, with tickets for the new routes available from December 20th.

JetBlue is set to add just one new route that was revealed as part of Thursday’s announcement, which will see them flying from New York/LaGuardia (LGA) to Portland, Maine (PWM) – a daily service that will start on July 9th. JetBlue had previously announced new Northeast Alliance routes back in April, which saw them announce flights to Canada for the first time with daily flights from New​ York JFK and Boston to Vancouver from June 9th.

Travelers are also set to benefit from a significant increase in existing flight frequencies on routes operated by the Northeast Alliance. From JFK, the increase in route frequencies are as follows:

From LaGuardia, the following flight frequencies will come into effect at some point during the new year:

Along with new and boosted route announcements, the NEA also revealed that they had activated a key component of its codeshare agreement, which will see codesharing between the two airlines across 185 routes. This is set to make life much easier for travelers, who can reach their destination with just a single ticket for the two different airlines and won’t have to worry about checking bags across two flights.

The ease of travel doesn’t end there for travelers using the Northeast Alliance either. The two airline are set to both operate out of New York LaGuardia’s new Terminal B. Whilst American have already moved operations to the terminal, JetBlue are expected to move there by summer 2022, a move that will offer a smooth, seamless travel experience for travelers with Northeast Alliance connections at LaGuardia.

Where You Can Fly This Winter Under 3 Hours, For Less Than $100 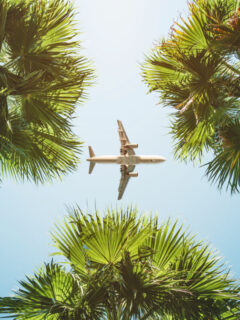 Previous
Where You Can Fly This Winter Under 3 Hours, For Less Than $100 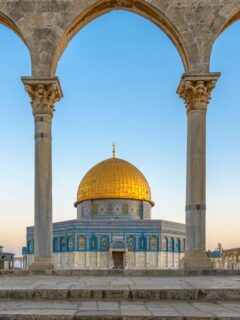 Next
Israel Bans Travel To U.S. and Canada Over Omicron
Click here to cancel reply.

Jet Who? No one even checks prices on their flights anymore, because they no longer offer competitive prices, no cost seat selection, convenient flight times,a free carryon bag, or food and cocktail service. Why pay $220 on JetBlue, when you can get there for $50 on another discount airline,that offers more options?