The travel bubble that allowed for restriction-free travel between Australia and New Zealand has been suspended once more, following a rise in cases of Covid-19 in both of the countries involved. Despite there being some periods of restriction-free travel between the two neighbouring countries courtesy of the travel bubble, it has also been blighted by several pauses and suspensions since it first came into effect earlier this year in April.

Both Australia and New Zealand are two countries with a safety-first approach to managing travel during the pandemic, yet the suspension of the bubble comes despite Australia having eyes on reopening for international travel before the end of the year. Here’s a look at the details surrounding the travel bubble’s suspension, plus a look at the latest on when both of these countries plan to resume international travel.

Once seen as the potential future for travel during the pandemic, travel bubbles never truly materialized as the solution to safe travel that many people envisioned they would be. Fewer countries than expected opted to establish travel bubbles throughout the pandemic, with some that were planned failing to come to fruition, and others only lasting a matter of days before the plug was pulled. Despite being an anomaly in the sense that it has been relatively successful, the Australia-New Zealand travel bubble hasn’t been without its issues.

First established on April 19th to much fanfare, the travel bubble was paused in June due to a rise in cases of Covid-19, before facing a full-on suspension in July as the Delta variant continued to cause problems in both Australia and New Zealand. Other travel bubbles that had been planned featuring the two nations, such as between Australia and Singapore, also never made it to fruition due to similar spikes in Covid-19 cases. Whilst the suspension of the bubble between Australia and New Zealand may not be surprising, it will still serve as a disappointment for many.

Known for their hard-line approach to dealing with the pandemic, New Zealand’s decision to suspend the travel bubble will ensure that it doesn’t jeopardize the measures they have taken to control the spread of the virus. Despite recording just 11 cases on Friday, Auckland remains under lockdown, highlighting their strict approach to combating the virus.

“We have made great progress to contain our current outbreak and are working hard to ease restrictions next week. Reopening quarantine-free travel with Australia at this point could put those gains at risk.”

New Zealand currently has no plans to reopen any time soon, with travel experts predicting 2022 as the earliest possible time that the country will see wider international travel. Australia, however, has its eyes on the possibility of reopening before Christmas. The country is set to trial the use of a vaccine passport, whilst its Prime Minister has stated international travel will be possible when 80% of the country is vaccinated. 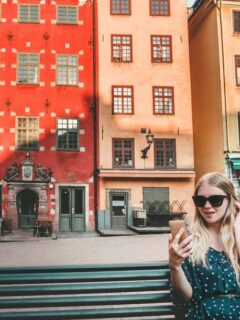 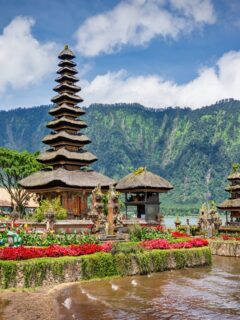 Next
Indonesia Plans Reopening of Bali For Tourism In October
Click here to cancel reply.

You don’t want to go near Australia believe me. I escaped early September to Scotland and it’s the best thing that has happened since this started. Country towns are being locked down with zero cases because someone allegedly passed through with COVID. The politics are like Chicago in the thirties, so called health experts are getting huge promotions to extreme positions of power for locking down millions of people. Some dirt is coming to the surface of premiers making deals with the chines and selling off large parts of the country. Of course the real truth will never eventuate in our life time in order to protect those gangsters. A bit like the British government who have 100 year top secret orders when those in power are in danger of being exposed for their crimes.

I remember when foreigners and American leftists snickered when we said we are the greatest country on earth due to our freedoms. Now look at the world, who’s the most free?

The poor citizens of those two countries will be prisoners as long as those two loony fascist governments are still running the show.

I dont have desire to visit this 2 prison islands