Indonesia Plans Reopening of Bali For Tourism In October

After 18 months of closure, Indonesia is finally considering reopening to international tourists from certain countries in October in a bid to revive its battered travel and tourism industry.

Most likely, Indonesia will reopen Bali — the nation’s primary international tourism destination — in October. Reports suggest Indonesia may reopen other parts of the country in October.

Indonesia, much like the rest of the world, witnessed a devastating Delta variant wave of COVID-19 that pushed the reopening date back. However, cases have begun sliding in recent weeks as Indonesia ramps up its vaccination rollout.

Luhut, the Coordinating Minister for Maritime and Investment Affairs said “We are happy today that the reproduction rate is below 1… it is the lowest during the pandemic and it’s indicating that the pandemic is under control.”

He also said, “Other positive signs include the national hospital bed occupancy rate falling below 15 percent, while the positivity rate, or the proportion of people who are positive, was at less than 5 percent.”

He said Indonesia could reopen to the following nations — and other nations — next month:

However, there was no direct mention of the United States or the United Kingdom. Travelers from both nations visit Indonesia in large numbers every year, and both nations have very high rates of vaccination.

It does seem unlikely that Bali would reopen its borders without allowing fully vaccinated American and British visitors —  but we’re living in crazy times. The Indonesian Health Minister suggested this week that Indonesia’s reopening could hinge on whether 70 percent of the target population have received their first vaccination.

The Current COVID-19 Situation In Indonesia

Indonesia is the worst-hit nation in Southeast Asia. The country has had 140,000 deaths and a total of 4.19 million cases. That said, the current seven-day case average in Indonesia is 3,773 cases per day. That’s down from a 7-day average of 48,000 cases per day in July.

Furthermore, it’s like Indonesia won’t reach the high vaccination levels of Europe and the United States until 2022.

Southeast Asia has been the most restricted travel destination — other than Australia and New Zealand — since the COVID-19 pandemic began.

The entire continent has been closed for 18 months, leading to economic devastation in parts of Thailand and Indonesia that rely on tourism. That said, Thailand is pushing towards reopening.

Thailand started its sandbox scheme in July. Therefore, fully vaccinated tourists from certain nations could travel to various Thai islands, but the entry requirements were complicated and stressful. Travelers couldn’t travel outside the islands until they’d spent 14 days there.

Moreover, Vietnam declared it would reopen Phu Quoc in the coming months for fully vaccinated international tourists. That news came after Vietnam has completely closed its borders to all foreign nationals since February 2020.

Malaysia announced it would reopen its Langkawi, its popular travel destination to domestic travelers this week. However, there was no news on when Malaysia would reopen to fully vaccinated foreign visitors.

Singapore also declared its ambition to reopen to the world this year, but cases of COVID-19 have reached record levels this week. 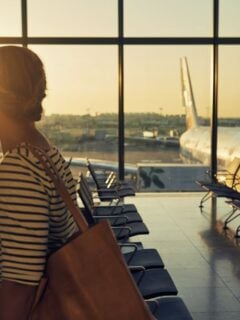 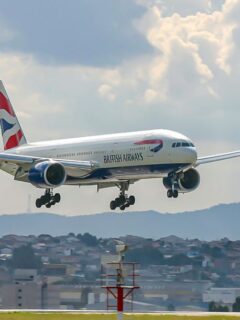 If both Thailand and Bali open up for relatively hoop-free travel and normal visas, it would be worth to go back to Asia, otherwise, I've learned that Turkey is a nice place to winter, not so stinking hot either.

Since Singapore was mentioned in the article...

It has experienced a 'record number' of cases despite being the most vaccinated country in the region.

If you took the jab, you were had.

@Karl, @Liberty's comments are always hot garbage. I work in the actual field and what he constantly spews out is just totally wrong that I don't even know where to begin. It's a broken record player.

@Karl, wishing for others to be stuck, and having a negative mindset isn't healthy. grow up and learn to love.

@Liberty as always, you’re being intentionally wrong/misleading. It’s people like you that force governments into vaccine mandates.

Cases are a terrible metric. You know this as well as everybody. Hospitalizations and deaths are what matter.

Both of these metrics are down everywhere — unsurprisingly thanks to more and more people getting vaccinated.

Please get your facts right. But of course you don’t want to.

Hopefully you’ll be stuck forever wherever you are.