For the first time since the pandemic began, Australia is allowing its citizens to leave the county without an exemption notice.

This post will look at the new border rules, when Australia anticipates opening its borders to non-citizens, and what international airlines are resuming flights.

Australia introduced some of the world’s toughest border restrictions in response to the Covid-19 pandemic in March 2020, shutting down its border and not allowing residents to leave without an exemption notice.

This has led to thousands of families being split across continents, with foreign residents stuck in the country unable to see friends or relatives.

Today, A joint statement from the health and home affairs ministries said that fully vaccinated citizens will no longer have to seek an exemption to leave the country.

However, Australians won’t be able to go everywhere. The Department of Foreign Affairs says seven countries have so far given the green light.

These include the United Kingdom, Canada, Italy, Greece, Germany, South Africa, and The United States of America, which is opening up to international travel on November 8.

“On Monday, Australians will be taking off again,” Mr. Morrison told Parliament.

“Australians will be taking off as the international restrictions on travel for vaccinated Australian residents and citizens is lifted, and there’s more than 500,000 Australians who have already downloaded their international vaccination certificate.”

More Travel Restrictions Will Be Eased As Vaccination Rates Increase

Home Affairs minister Karen Andrews said Australian citizens are being prioritized, but there are plans to ease more travel restrictions — including for non-citizens — as vaccination rates continue to increase.

“Before the end of the year, we anticipate welcoming fully vaccinated skilled workers and international students,” she said.

There is still no definitive timeline for when international tourists can travel to Australia, but Morisson has previously said he believed it would be next year (2022).

“We don’t want to see what’s happened in other parts of the world where people have moved too fast,” he added.

The adult double-dose vaccination rate is approaching 80 percent, which Australia previously said it would use as a benchmark to resume international travel.

Yesterday, the Australian government also announced they are authorizing booster shots of Covid-19 vaccines for over-18s, with the third dose expected to be offered to the entire population from next month.

Quarantine arrangements for returning vaccinated residents will depend on where travelers arrive in Australia.

Unvaccinated travelers will still be allowed entry if they agree to undergo the two-week mandatory quarantine upon arrival.

Travel Bubble With Singapore On Horizon

Australian Prime Minister Scott Morrison said that country was now “very close” to announcing a reciprocal travel bubble with Singapore. On Tuesday, Singapore said it would allow quarantine-free entry to vaccinated travelers from Australia from November 8

“We’re working to a timetable around about then which will see other visa-holders — in addition to Australians returning or going to Singapore and returning who are double vaccinated — being able to come to Australia.”

Hawaiian Airlines announced that it would resume its nonstop service between Honolulu and Sydney on December 13. 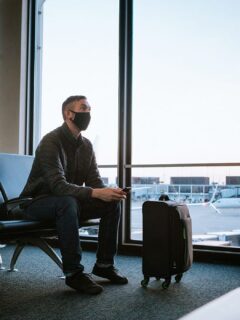 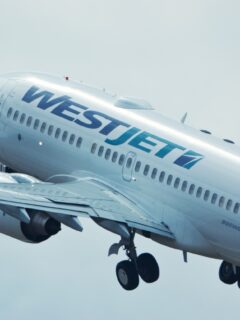 My boycott against Australia is permanent. What was allowed to happen there is mostly caused by the people of Australian who failed to protect their own citizens, including Julian Assange.

Oh, how GRACIOUS of them!

how many will leave to never come back?

@Ricko, Hopefully man are smart enough to pack their bags and never return.

How generous. A historical prisoner island thar became again a prison is allowing its prisoners to leave. I have a friend who is a permanent resident and got stuck in the UK. 20 months ago. How nice. Meanwhile every tennis player and a number of actors happily travelled to Australia. Human rights violations of the highest order. Shameful. Not to mention the extremely randon list of "allowed countries" that is based on nothing