British Airways has decided to abandon its plans for a new, low-cost subsidiary after failing to receive the necessary backing required from the pilot’s union. British Airways had planned to launch the new airline to operate out of London Gatwick – the second busiest airport in the UK in terms of both total passengers and aircraft movements – as early as next summer, but will no longer be proceeding with its plans.

Seen as a way for the airline to make up for its substantial losses incurred due to the lack of Trans-Atlantic flights at the moment, the airline will now be forced to think of alternative ways to make use of its short-haul flight slots from London Gatwick, where it faces strong competition from established low-cost airlines. Here’s a closer look at why the airline’s venture failed, and a recap of other significant news stories coming from British Airways.

Airline Plans Fail To Take Off – Information For Travelers

Launching a new airline is a significant undertaking at any time – let alone in the middle of a global pandemic when travel is shrouded in uncertainty – but British Airways saw it as their best course of action. Whilst many airlines have struggled to stay afloat, British Airways saw short-haul flights as a way of turning a profit during the pandemic, whilst typical long-haul flights to popular destinations such as the US remained few and far between.

News of their plans became public knowledge in August. A leaked memo sent by their CEO, Sean Doyle, revealed that the airline planned to launch a “new operating subsidiary” to run alongside its current operations, which would offer “highly competitive” short-haul routes. Whilst it would have been a significant risk to do so in a market that already boasts several other low-cost airlines such as Ryanair, easyJet and Jet2, it is not a risk that British Airways will have to worry about anymore, with the proposal failing to get the necessary backing needed from the pilots union to take off.

Despite British Airways initially securing the support of the pilots union BALPA, their recommendation was later dropped after consulting more broadly with pilots, and the ballot needed to ratify the deal for the subsidiary was scrapped.

In a statement, BALPA said that they were unable to reach an agreement with the airline, despite their best efforts. The union’s general secretary, Martin Chalk, said: “We are disappointed that we couldn’t come to arrangements that were acceptable to our members. We stand ready to work with BA to find such arrangements that could be acceptable.”

The latest development has proven to be a spanner in the works for the airline, who will now be back to square one when determining what to do with their Gatwick slots. A spokesman said:

“We’re disappointed that our plans for a new short-haul subsidiary at Gatwick have not received Balpa’s support. After many years of losing money on European flights from the airport, we were clear that coming out of the pandemic, we needed a plan to make Gatwick profitable and competitive. With regret, we will now suspend our short-haul operations at Gatwick, with the exception of a small number of domestic services connecting to our long-haul operation, and will pursue alternative uses for the London Gatwick short-haul slots.”

Whilst it is bound to be a disappointing turn of events for British Airways, they have had some reasons to be cheerful in the past few weeks. The airline flew its first carbon-neutral passenger flight recently, a short-haul journey from London to Glasgow. Lasting just over an hour, the airline offset its carbon emissions by implementing a range of eco-friendly practices, from a modern airplane with sustainable aviation fuel to purchasing carbon offsets. 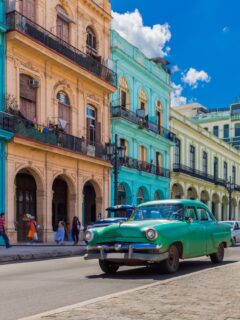 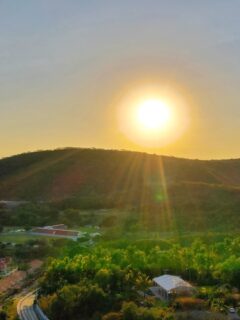 Reminds me of Go. The last time they tried.