An airline known for only offering business class flights has announced that it is offering new routes across the Atlantic to Europe. New York based La Compagnie made the announcement during the week, with the imminent easing of restrictions between the US and the EU one of the key reasons for doing so. The easing of restrictions – from November 8th – is expected to result in an uptake in the number of passengers taking the short hop across the pond.

Somewhat of an anomaly of an airline due to its business class only way of operating, La Compagnie’s niche could see them go from strength to strength in the coming weeks one restrictions ease, when vacation-starved travelers take to the skies once more. Here’s everything you need to know about the airline’s new routes, plus more information about La Compagnie itself.

Not exactly a household name of an airline, La Compagnie has been around since 2014, and is known best for operating exclusively business class flights between New York and Paris. The airline claims it is for those who “prefer a boutique style flying experience,” whilst their website claims that they offer “more freedom in business class at a lower fare”. However, the airline is poised to offer more than just flights to Paris.

Just last week, La Compagnie issued a press release that revealed more information about extra routes the airline will be flying in the coming months. Citing the easing of restrictions in both the US and in Israel, La Compagnie stated they would be “ramping up” their service with more flights to Paris, Tel Aviv, Milan and Nice, with routes to the latter two destinations starting in the early months of 2022.

Details of the routes are as follows:

Each of the flights offered by La Compagnie are bookable with 100% Flex, which allows travelers to change their flights or get a refund with no cost up to 24 hours before the flight is scheduled to leave, giving travelers peace of mind in the event that restrictions change once more. Passengers are also allow to bring two checked bags onto the flights.

“The recent announcement from the U.S. government gives us better visibility on the resumption of activity. The entire team at La Compagnie is prepared and ready to fully tackle this rich program that we have been keen to put in place for the past few months. Utilizing the full capacity of our devices by broadening our horizons is not only essential but relevant when it comes to meeting the expected surge in demand from both the leisure and business markets.”

According to the airline’s website, there are several Covid-19 related sanitary measures that travelers must adhere to. Masks must be worn in the airport and on the airplane, whilst travelers are also asked to check in online in order to limit contact. Once on board, passengers can rest assured that the airline’s circulation systems and filters will ensure their safety. 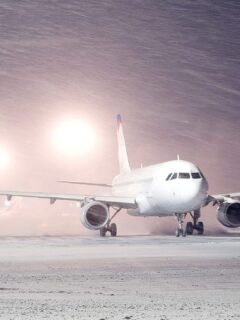 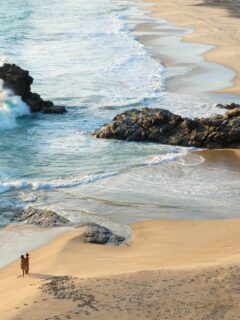