Oaxaca brings together in its Magical Towns all the charms to make you enjoy a dream vacation. Here is a guide to the top five Magical Towns in Oaxaca you can’t miss.

Mazunte is a Magical Coastal Town of Oaxaca with its beaches, ecological activities, and festivals as its main attractions for visitors. You can enjoy the town’s beach and others nearby, such as Zipolite, Punta Cometa, San Agustinillo, and Puerto Angel. If you take a stroll, you will discover the houses of Mazunte, which are built in harmony with the environment. On its main beach, some hotels offer all the necessary comforts to spend an unforgettable holiday.

Between 1960 and 1990, the native turtle was on the verge of extinction due to the wild commercial exploitation right on the beaches of Mazunte and its surrounding areas. In 1994 the Mexican Turtle Center began activities in Mazunte. After the closure of the slaughterhouse, the town started a challenging but sustainable reorientation towards the beach and ecological tourism.

This Magical Town of Oaxaca is distinguished by its musical, medicinal, and gastronomic traditions and its architectural and natural landscapes. In Capulálpam de Méndez, there is a Traditional Medicine Center visited by people from all over the state and the country for the reputation of its naturist treatments, which include cleanses, massage therapies, temazcal baths, and other traditional practices. In the center, you can buy several potions prepared by experts with local herbs to cleanse and repair the body.

In Cueva del Arroyo, you can admire whimsical rock formations and practice climbing and rappeling on its walls. Architecture enthusiasts have in  Capulálpam de Méndez several buildings of interest. Among these is the parish church of San Mateo, which stands out for its yellow stonework work and the 14 altarpieces that it preserves in its enclosure.

The spiritual traditions make the Oaxacan Magical Town of Huautla de Jiménez the best place to connect with these traditional practices that have the Mazatec indigenous healer Maria Sabina as their maximum historical figure. María Sabina cured without asking for anything in return, using the hallucinogenic mushrooms that grew in the lands of Huautla de Jiménez and became a celebrity who was visited by well-known national and international personalities.

The Cathedral of San Juan Evangelista is the only Catholic temple in Huautla de Jiménez and has a simple design. Although it was built in 1966, the bells installed are initially from 1866. Pyramid-shaped structures crown the two twin towers of the church. For outdoor recreation, the best places are the Puente de Fierro Waterfall and the San Sebastián Grottoes.

A Magical Town in the Oaxacan Mixteca, its main attractions are the Conventual Complex of San Pedro and San Pablo, historical mansions, religious and folkloric traditions, and delicious cuisine. The convent complex was built in the sixteenth century by the Dominicans who settled in Oaxaca for its fertile lands and abundance of water. Despite its almost five centuries of history, it is magnificently preserved and comprises the conventual chambers, the temple, and an open chapel. The church’s interior is of superb beauty, with images of saints in niches and pedestals and eight altarpieces of outstanding artistic detail. The Casa de la Cacica is an interesting building that brings together indigenous European and American architectural details—built predominantly in marble. The frieze presents a beautiful combination of ornaments in pink, red, white, and black shades.

This small city in the central Oaxacan valleys offers three main tourist attractions: the waterfalls of Hierve el Agua, the archaeological site of Mitla, and its viceregal buildings. The waterfalls of Hierve el Agua are located in the community of San Isidro Roaguía, 11 miles from Mitla. In reality, this natural wonder is not water but rock after the petrification of minerals suspended in the current.

The Zapotec – Mixtec archaeological site is the most important in the state after Monte Albán. It is formed by five large architectural ensembles, where the Group of Columns stands out. The indigenous master builders used these structures as both supporting and decorative elements. In the Group of Columns, there is a palace with delicate artistic details on facades and walls. This set also has three quadrangles, pitifully damaged by the Spaniards, who used them as a supply source for building blocks.

The Church of San Pablo, a sixteenth-century construction, was the first building to be nourished by the material stripped from the pre-Hispanic quadrangles. The Christian temple was erected over a Zapotec complex, and one of the pre-Columbian platforms serves as an atrium. The beauty of the temple of St. Paul is enhanced by its four domes, of which three are octagonal, and one is circular.

Oaxaca’s Magical Towns are full of charm. Next time you visit Mexico, include them and explore their attractions for a memorable trip to this area in southern Mexico. 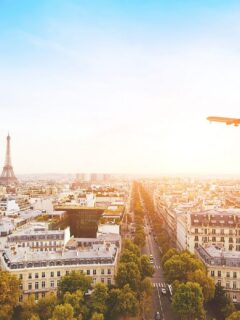 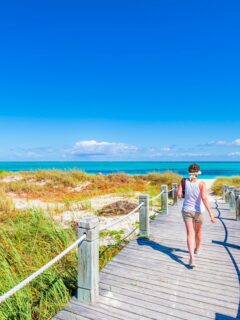 Next
Why Turks and Caicos Is a Top Choice For a Winter Vacation This Year
Click here to cancel reply.