Officials announced on Wednesday that the government is now advising Canadians to avoid all non-essential international travel for at least the next four weeks.

‘Now Is Not The Time’ To Travel, Says Health Minister

In the opening statement, Minister Leblanc called for Canadians “to be cautious heading into the holiday season. If you do not have to travel internationally, please do not.”

Health Minister Duclos continued by explaining the realities around the omicron variant, and that community transmission of the variant is already present in Canada and elsewhere around the world.

He emphasized the importance of finding ways to adapt to this upcoming wave over the next few weeks and protecting healthcare and front-line workers across the country.

Taking all of this into account, the minister stated that, “Our government is officially advising Canadians to avoid non-essential travel outside the country.”

“To those who were planning to travel, I say very clearly, this is not the time to do so,” he continued.

The WestJet Group published an official statement yesterday shortly after the government re-released the ‘do not travel’ advisory, bluntly saying they’re in total opposition to the blanket air travel advisory.

“The targeted advice outlined today is not based on science and data and significantly undermines aviation’s proven safety record in response to COVID-19. These measures are a setback in Canada’s progress and its successful transition from relying on blanket advisories and policies.” reads the release.

“Air travel is the most tested and protected consumer activity in Canada, every person travelling internationally is tested on average twice throughout their travel journey,” stated Harry Taylor, WestJet President, and CEO “Since the onset of the pandemic, we have safely flown more than seven million guests and air travel has been commended for its commitment to safety. Fully-vaccinated Canadians should not be singled-out for choosing to take part in a safe activity,”

Minister Ducloc cited the new variant as the main cause for concern for international travel at this time. He gave examples of Canadians potentially contracting the virus while on vacation, or even ending up stranded abroad. With a negative test result needed to cross back into Canada, this is a possibility for someone who is traveling while sick.

This advisory is set to be in place for four weeks and will be re-evaluated at the end of the four-week period.

Canadians can look out for the official notice of the travel advisory on the government website.

Wednesday’s announcement follows a First Ministers’ Meeting led by Prime Minister Justin Trudeau on Tuesday with all premiers across the country to discuss the omicron variant.

There was speculation that following the meeting, the Prime Minister would announce a tightening of Canada’s current travel restrictions on international arrivals for the upcoming holiday season. For now, the only update is that Canadians are advised against non-essential travel abroad.

Minister Leblanc reported that during the ministers’ meeting, Trudeau used the opportunity to “discuss with premiers lessons learned in past waves of Covid-19, knowing that the fight against Covid is not yet done.”

You can see the details of Canada’s latest travel restrictions here.

The federal government is supporting the provinces and territories in their effort to ramp up testing capacity at the borders during this time with rapid antigen tests. According to Wednesday’s announcement, 85 million rapid tests have already been distributed to the provinces and territories and another 35 million is currently being administered.

More vaccines are also ready and available to give out to the provinces and territories. Canada has approximately 16 million doses to give out and millions more are scheduled to arrive soon.

Alberta, Ontario And Other Provinces Updated Local Guidelines For The Holidays

Following Wednesday’s update from the federal government, provincial leaders announced their updates for local residents to be aware of during this year’s holiday season.

For instance, the premier of Alberta provided an update on restrictions for indoor gatherings in the province. For the month of December, more than two households can gather over the holidays but residents are advised to keep the limit to ten people maximum per gathering.

Ontario premier Doug Ford also announced that beginning this Saturday, any large venue (sports, concerts, theaters, cinemas, etc) in the province with a capacity of 1,000 people or more will be limited to 50% until further notice.

If you want to know more information on local restrictions across Canada, check out this Globe and Mail article with the latest updates by province and territory. 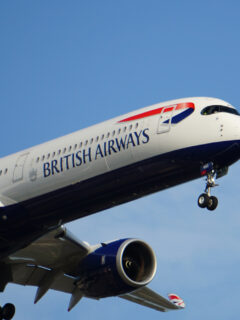 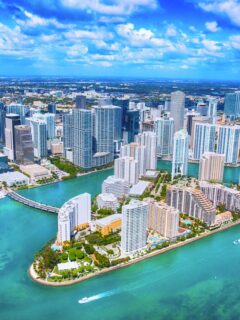 Next
Top 7 Hidden Gems To Visit In Miami, Florida For 2022
Click here to cancel reply.

I think even the most Trudeau loving conformist sheep Canadians will not hesitate to book a vacation to Mexico and whoop it up like human beings living in freedom.

The only people still scared are the vaccinated...

@carson willis, why - as a vaccinated person - should I be scared...?

@carson willis, Your taking this another direction…something to suit your own fear. Who said that they are scared?.. I didn’t see that anywhere..

I am flying this weekend to Barcelona. I did my share of quarantine and quarantine hotel. This will not stop me from flying. This is all about control

More finger wagging and head shaking at Canadians, who clearly are viewed like naughty children who need to be scolded by big mommy and daddy. Right on schedule. Hope y'all had your Christmas parties early.

Tam, Duclos, Algabra, Freeland- I’m sorry but all of these “people” are political parasites with 0 credibility! They are an embarrassment and are completely unprofessional puppets who read from a scripted teleprompter. They have no brain of their own and blindly follow the WHO and other special interest groups.

As a Canadian the last thing I’d ever do is listen to anything the Canadian government says. I’ve fled to Mexico and I’ve never been happier! Canada is a dictatorship with no room for dissent.

@R, I completely with you on this one. The virus, the several current, and future government inspired variants no longer scare me. It’s the governments of the world that scare me. Biden, Trudeau, Johnson, and all the rest have never once expressed the slightest desire to see this thing end. So long as they can keep their populations cowering in fear and fighting amongst one another, the tighter they can keep their choke-hold on all of us. COVID is the perfect weapon for them to use against us. This pandemic is not going away anytime soon, because our “leaders” don’t want it to. If the pandemic goes away, so does a major weapon that they’ve come to rely on to use against us. Unfortunately, we’re stuck with this thing for a good while longer.