Following recent protests and industry demands for the loosening of travel restrictions, Canada seems to be close to lifting the much criticized pre-departure PCR test, which applied even to vaccinated citizens returning home. Although an implementation date has not yet been announced, the change in requirements might be coming sooner than expected.

Currently, in order to enter Canada, all travelers regardless of vaccination status must present a PCR test result issued not earlier than 72 hours prior to travel. They are also subject to on-arrival testing and mandatory quarantine, if randomly selected by border officials when landing in the country.

According to Health Minister Jean-Yves Duclos, who appeared at a news conference on January 11, the Canadian government is “actively reviewing the measures in place at our borders”. He also hinted that changes might be communicated to the public as soon as next week, though it is still difficult to speculate on the nature of such changes.

Besides Canada’s leading airlines, which recently teamed up with Toronto Pearson to demand changes, now a team of Canadian doctors have joined the Canadian Travel and Tourism Roundtable in calling for the scrapping of the testing requirement, reflecting the sentiments of a growing number of wary Canadian travelers who consider the existing travel rules outdated.

According to the experts, the current obstacles to international travel are “unnecessary” and “non-science-based”, referring to both pre-departure and on-arrival tests for fully vaccinated travelers.

According to them, Canada’s restrictions are “obsolete” and “out of step” when compared to the likes of the United Kingdom, Switzerland, and Denmark.

Recently, the United Kingdom removed all testing requirements for vaccinated individuals and other social curbs, shifting from a confrontational Covid strategy to accepting a reality where the public has to live with the virus. Similarly, Denmark lifted its vaccine passport and masks requirement within the country.

As Dr. Zain Chagla, Infectious Diseases Physician and Associate Professor at McMaster University stated, testing at the border “does not make any sense” when travel is no longer riskier than other activities.

Dr. Chagla also points out that there is no reason to single out traveling as a threat, as community transmission is prevalent, comprising “99% of all infections“.

Millions of travelers entering Canada today are also expected to add costs of more than $100 to their travel budgets when it comes to testing, while the government is equally spending millions of dollars every day to test random vaccinated travelers.

Chagla believes that the money spent on these tests are a “wasted expense”, especially when the benefits of such stringent requirements seem to be minimal.

Supporting his colleague during a press conference symbolically held at Toronto Pearson Airport, Dr. Dominik Mertz, Division Director of Infectious Diseases at McMaster, stated that “the risk for the average traveler coming in is the same ballpark as if you were testing a random person in downtown Toronto”. As he reaffirmed, “it is not going to make a difference”.

Mertz also touched on the issue of “false positives“: while most Covid cases are short-lived, some travelers may continue to test positive weeks, or even months, after having recovered from the virus.

As Mertz said, “this reality presents a challenge” to those who are unable to return to Canada as a result of having persistent positive tests while abroad, though they are no longer infectious.

For the doctor, this policy is “unnecessarily stranding Canadians abroad” and leading to avoidable travel disruption. While Ottawa is yet to agree on the relaxation of present measures, widespread public discontent could speed up the decision making process, especially when truckers have gone as far as blocking the vital Ambassador Bridge border crossing between Canada and the United States, demanding a change to the rules.

While the lifting or easing of testing mandates at the border is being discussed, it remains unlikely the truckers’ demands that the government of Canada abolishes vaccination restrictions will be met. This could mean land entry points into Canada from the mainland United States may continue to be off-limits for travelers for the time being. 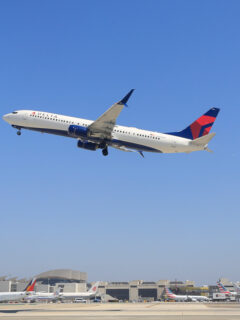 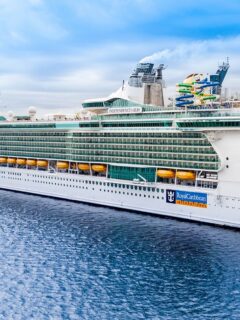 canada showing how it's done