Delta is currently trialing a new system in the Boston region to help speed up the boarding process. Meanwhile, Frontier is changing its baggage limits which could cost passengers even more money if not prepared.

What is Delta Trialing?

It was announced last week that Delta would be offering a new service for passengers flying out of Boston. The interesting experiment will offer customers the chance to check their carry-on bags for free.

It is currently unclear as to whether everyone or certain passengers will be offered the service, but those who are selected will receive a text message on the day of their flight. Passengers will then decide whether or not to opt-in, and can then check their carry-on for free on arrival at the airport.

The traditional checked luggage policy remains the same, so it will be up to the discretion of the passenger as to whether they see the value in not bringing their smaller baggage on board.

The process is being trialed in an attempt to speed up the boarding process. It’s hoped that if many passengers agree to the system, grabbing a seat and then exiting the plane once the flight is complete will go much smoother with less awkward waiting around as people try to situate their things.

Of course, one of the benefits of traveling with carry-on only is being able to walk straight out of the airport after your flight. So those who enjoy a quick escape may not be so keen on the process. If checked bags are already required, then it may be a pleasant experience for a traveler.

The airline is trialing the system for one month in Boston and then may target other markets before potentially rolling it out across the country.

Their standard checked bag prices remain the same at $30 for a first bag and $40 for the next.

Frontier is going in a drastically different direction from Delta, and the airline’s changes are nationwide as opposed to a small market trial. The budget airline, which has recently merged with Spirit, is changing its policies regarding checked baggage limit.

Frontier’s original definition of an overweight piece of baggage was anything over 50 pounds. If a customer checked an overweight or oversized piece of luggage, they were typically charged a flat rate of $75.

Now, however, the oversized limit has been decreased to 40 pounds, meaning any passengers who haven’t noticed the difference may be in for a nasty shock at the airport.

Under the new rules, any bag that is over 40 pounds but under 51 pounds will be charged an overweight fee of $50 per bag. If the bag is over 50 pounds, the charge fee will now be $100 per bag. That’s a $25 dollar increase on a similarly weighted bag from before.

The changes will come into place for all flights beginning March 1st. If you’re flying before then, the old weight limits still apply. The old weights and fees will still apply if the flight is after March 1st if the ticket was bought prior to January 18th. So if you’ve purchased a ticket with frontier recently, make sure to check your current costs, as there may be an unfortunate surprise for you.

Their old fees were actually favorable compared to other budget competitors who already used the 40-pound limit. However, Frontier’s new merger with Spirit may mean that many of their original policies are at odds with one another. Expect several changes to both airlines’ rules over the course of the next few months.

For those who don’t fly budget airlines often, they charge rock bottom rates for their flights. However, the initial cost is only for a seat on the plane. Seat selection, baggage checking, and even carry-ons are charged extra and are more expensive the closer a traveler gets to departure time. Those who wait until the day of travel to check bags and even print tickets can expect to see their costs tick up to almost the same price as some of the larger airlines. 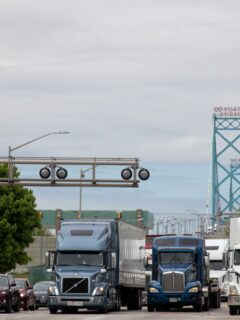 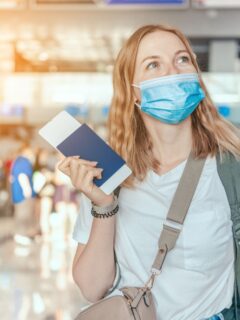