Canada Will Allow Cruise Ships As of November

If you’re a cruise fanatic, you’ll love the news that Canada will lift its ban on cruises in November. That’s months earlier than the country initially planned.

The Canadian government has decided to allow cruise ships to operate within the country from November 1st. However, earlier this year, Canada banned cruises until February 2022 at the earliest.

Canada’s transport minister stated, “Our government is now ready to announce that we are accelerating the timeline for resuming cruise ship activity. I am announcing today that cruise ships will be allowed in Canadian waters as of November 1st of this year.”

In addition, Canada’s federal transport department stated they’re ready to welcome cruises ships back earlier because of improvements in public health. Canada’s vaccination rollout is growing in speed, and cases are dropping to the lowest number since the pandemic began.

The Requirements For Restarting Cruise Ships

Although the Canadian government has decided to restart cruises in November, the COVID-19 situation will need to remain calm. In February, the government extended its ban on cruise ships for another year because of growing cases of COVID-19.

The official date for reopening was set for February 28, 2022. However, as long as COVID-19 cases remain low in the country, cruise ships will come back earlier than expected.

The Situation For Cruise Ships Worldwide

Canada is slower than the U.S to reopen its cruise ship industry. The U.S restarted cruises in June, bringing back various Royal Caribbean cruises and various other companies. Cruise ships are now setting sail from Florida and Texas. However, there are restrictions and challenges on board, and there has been controversy surrounding vaccinations.

For example, Florida has banned vaccine passports and threatened to fine cruise ships that forced passengers to show evidence of vaccination. Despite that, cruise ships are deciding to ignore this and restrict unvaccinated travelers from certain activities on-board.

Cruises are also starting to set sail in Europe, with various cruise companies sailing from the Meditteranean. Europe has almost fully reopened for travelers. That has given the cruise industry massive relief after almost 16 months of zero income and millions in refunds.

Canada is late to the party, but the country’s border remains closed for non-essential travel, so it’s hardly surprising. Canadian Prime Minister Justin Trudeau has talked about reopening the U.S. border for months, but the border is no closer to reopening.

That’s even despite Canada’s rising vaccination levels and lowering of cases. The Prime Minister has suggested that the border could reopen before the summer ends, but we’re not far from August now.

Canada has remained reluctant to open up for leisure travel internationally and domestically in the last 16 months. Although there have been a lot of talks, nothing has happened yet.

However, the news that cruises will restart by the end of 2021 is very positive news and a sign that Canada will take advantage of its successful vaccine rollout in the coming months. 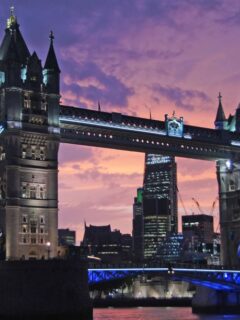 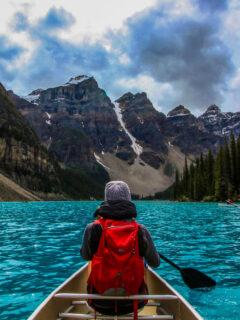