At the peak of summer, when flight cancelations were rampant and millions of Canadians faced disruption traveling via airports, the Canadian Government promised it would soon pass a regulation ensuring ticket refunds were available – regardless of reason. The promise has been fulfilled, but on the downside, airlines are now considering hiking prices across all destinations in response to this government decision.

Canada has been one of the countries most heavily affected by the 2022 aviation crisis. Two of its most important hubs, Toronto Pearson and Montreal, have been named the worst for flight delays recently, while Air Canada has reportedly denied customers refunds for delayed or axed flights citing ‘safety issues’, further fueling the ire of Canadian travelers.

Now, it seems the Trudeau Administration and the country’s are at loggerheads over aviation regulations once more:

Since September 8, airlines operating in Canada have been required to issue a full refund for cancellations and delays if they are unable to re-book passengers on a new flight in the next 48 hours. The new law, enshrined in the Regulations Amending the Air Passenger Protection Regulations, seeks to protect customer rights at a time when operational limitations wreak havoc in airports.

The move can be traced back to popular pressure, as Canadians have been voicing their anger at Ottawa’s handling of air travel for quite some time. Now, they are eligible for a refund irrespective of the nature of the cancelation. This means that, even if a flight is grounded for more than two days for reasons outside the airline’s control, they’re still owed compensation.

When being affected by significant disruption, Canadians can either:

This all sounds great in theory, and Ottawa has surely appreciated whatever praise it’s got after coming under fire for its overly strict border policies, but now both the Government and customers alike have another problem at hand: airlines could be eyeing an across-the-board increase for ticket fares to tackle what they deem a huge financial risk.

Why Should Canadians Worry About Rising Airfares When There Is A Worldwide Downward Trend?

Basically, airlines are worried that, due to being required by law to refund or accommodate passengers, even when they’re not directly responsible for a particular cancelation, they will face heavy losses – a burden they won’t be able to bear, with few of them, if any, having made it out unscathed from the Covid pandemic.

Despite the fact that there has been a record number of complaints regarding flights this season, as attested by the Canadian Transportation Agency, the National Airlines Council of Canada (NACC) has inferred that the new customer protection rules could eventually push up airfares, though there are ‘no current cost estimates’ as of yet.

NACC represents the nation’s leading carriers, with Air Canada and WestJet Airlines being their household names. As Jeff Morrison, NACC’s Chief Executive states, the additional costs relating to Canada’s wider scope of unconditional refunds ‘will have to come from somewhere’ – most likely, these will reflect in more expensive flights for Canadians even though there is a downward trend worldwide.

This year, numerous airlines were forced to inflate fares as a result of staffing constraints, the volatile fuel and an overwhelming travel demand, with the U.S. Delta hiking fares by a staggering 30% this summer. Luckily, most of the hardships plaguing the industry appear to have subsided, as fall fares have dipped significantly by as much as 40%.

Nevertheless, this incisive Government intervention in air transport can still culminate in a reactionary response from airlines. In other words, they could be soon enacting their own protective measures, such as hiked prices to cover unconditional refund costs, seeing that there has been very little time to recover from two years of near-bankruptcy, only for them to be plunged into a generalized chaos the minute border rules for international travel eased.

Canada is still the only country in the world adding travel restrictions. Entering from abroad, American tourists and all other foreigners are required to:

These mandates have been known to seriously curb Canada’s tourism recovery: while all other countries set all-time arrival figures, either fully recovering or even exceeding pre-pandemic rates, the North American nation is falling further down by 31% compared to 2019. This is hurting not only small businesses dependent on tourist dollars, but airlines too.

Yes, airlines are partly to blame for underestimating the public’s urge to travel, but Covid mandates still play a huge part in aggravating travel woes.

With that in mind, NAAC has requested that Ottawa creates ‘service standards’ to ensure smoother travel in other ways, as opposed to enforcing an overreaching refund regulation. Citing the country’s strict pandemic restrictions, NAAC also wants Trudeau and his Transport peers to delay these new rules until Canada fully reopens.

As the group sees it, it is ‘unfair’ to target carriers when they’re at their most vulnerable – short on staff – and when disruption is practically inevitable when there are long lines at customs: a direct consequence of Canada’s tough stance on Covid. Unsurprisingly, Canada’s Minister of Transport disagrees:

‘The rules are meant to protect passengers who enter into a commercial contract with airlines when they buy their tickets‘, asserted a spokesperson, although they conceded Ottawa is willing to cooperate with the industry to ‘improve’ such regulations. So far, airfares continue to fall heading into the low-season. 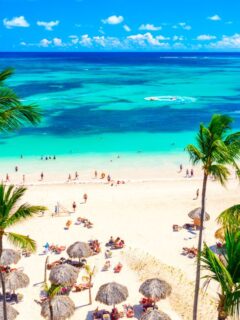 Previous
These Are All The U.S. and Canadian Cities Flying Directly To Punta Cana This Winter 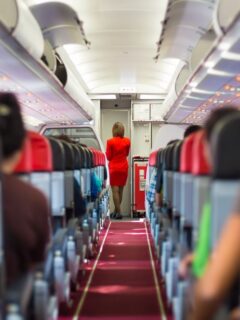 Next
Booking Your Flights Too Far In Advance Could Cost You
Click here to cancel reply.

I ain't going to Socialist Kanada anytime soon. Have fun with Justin Castro!