A United passenger was arrested last week after a drug-induced outburst in which he assaulted two flight attendants, damaged part of the plane, and caused several disturbances during the flight. Cherruy Loghan Sevilla was a passenger aboard United Airlines flight 2116 flying from Miami International Airport to Washington Dulles International Airport and was arrested after the plane touched down in Virginia on October 4th.

Hours after the arrest, Sevilla told FBI investigators that he had consumed psilocybin prior to his flight and that it was not his first time using the drug. Psilocybin is a naturally occurring compound found in “magic mushrooms” and is known for causing hallucinations in users. It is a federally prohibited substance in the United States.

According to an affidavit obtained by CNN, Sevilla’s abnormal behavior began about an hour into the flight when he grabbed the arm of a nearby passenger. He then began to wander around the plane and managed to open a locked and occupied bathroom after breaking off a piece of the door.

Sevilla continued his mischief near the cockpit, where he was seen clapping loudly and yelling obscenities. The flight crew then escorted Sevilla back to his seat, where his outbursts became louder and more disruptive. Eventually, he laid on the floor and grabbed the flight attendant’s breast when she tried to get him back into his seat.

A second flight attendant’s arm was twisted when a group of onboard officers, crew, and passengers tried to restrain Sevilla with handcuffs. Once subdued, the unruly passenger continued his disturbance by screaming and yelling.

Once the plane landed at Dulles Airport, federal officers boarded the flight and arrested him. He has since been charged with interfering with a flight crew and assaulting two flight attendants and has been placed on bond. Sevilla is due to appear in court later this week. United Airlines has thanked its crew for “handling this difficult situation with professionalism.”

While it has been established that Sevilla consumed the drugs prior to boarding, he was still allowed to board the flight. Legally, airlines can deny you boarding for being under the influence of illegal drugs and for several other reasons. It is likely that the psilocybin had not yet taken effect until mid-flight when the passenger began his disorderly behavior.

Drug and alcohol use is frequently the reason for travel-related arrests and disturbances. In 2018, a 24-year-old man was arrested for urinating on another passenger onboard an Air Nippon flight from Chicago to Tokyo. In 2019, a Delta Airlines pilot was arrested on suspicion of being intoxicated just moments before his San Diego bound plane was due to take off.

Another incident made headlines in 2019 when an intoxicated passenger was so disruptive that the pilot needed to make an emergency landing. During an EasyJet flight from Manchester, England to Iceland, the plane was forced to land in Scotland after a man attempted to eat his smartphone. The passenger was so inebriated that he harassed and threatened members of the flight crew as well as other passengers before disassembling his phone and chewing on the pieces. The battery then fell out of the phone and began to smolder inside the plane.

In 2020 and 2021, several airlines temporarily barred the sale of alcohol on flights to minimize contact between passengers and crew during the pandemic. After a rise in violent incidents onboard flights, many of the bans were extended in an effort to protect employees from violent passengers.

One such incident occurred when a passenger seriously assaulted a Southwest flight attendant causing facial injuries and knocking out two teeth. American Airlines was one of the last major carriers to reinstate the sale of alcohol on its flights, waiting until the mask mandate was lifted on April 18th. 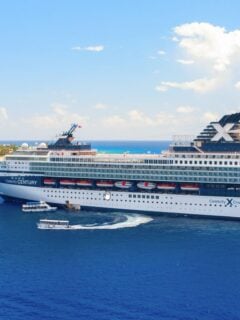 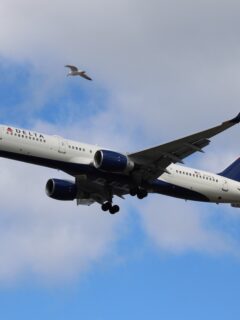