Delta Cancels Flights To These Five Cities This Fall

Delta has recently revealed that it has officially canceled flights to five cities across the US, with the cancellations in question starting this Fall. The most recent casualties of the post-pandemic cull of non-essential routes, Delta’s announcement makes it simply the latest in a long, growing list of airlines the world over that have moved to trim their overall route offerings in recent months, as airlines continue to scale back their operations and prioritize their services on the back of a tough period for the aviation industry.

Yet whilst Delta, which is the third-largest airline in the US, may be set to cut routes, the airline has also recently announced some additions to its overall flight roster. Here’s a closer look at which routes are set to be affected by Delta’s latest route trimming announcements, plus a recap of the new flight offerings that have emerged from the airline in recent months.

Like it has been for most businesses around the world, the pandemic has been particularly tough on the aviation industry. Between Covid-19 related pilot shortages and travelers following advice to stay home, several air routes that were not amongst the most popular or profitable have been slashed by airlines across the country, with just 80% of the flight routes available in 2019 now available for travelers to take this year.

Even major airlines like Delta have been forced to make cuts, as this week’s announcement shows. Delta revealed that they will be cutting flights to five cities throughout the month of September. The cities set to be affected by the route cuts are Albany, Rochester and Syracuse in New York, in addition to flights to Providence, Rhode Island and Houston, Texas.

From September 6th, Delta will no longer be operating flights from its Minneapolis-St. Paul hub airport to Albany and Rochester, with flights from Minneapolis to Syracuse, also being cut from September 12th. Not only will this cut the airline’s connectivity with New York, but it will force regular flyers of the route to take the flight with Delta’s competitors, which could see them incur some lengthy connection times in comparison to Delta’s.

Delta will also be cutting its flights from Minneapolis-St. Paul to Providence, Rhode Island from September 5th in what could be another blow to regulars of the route. Fortunately for travelers, there is still the option of flying from Minneapolis directly to Providence with Sun Country Airlines, which operates four direct flights between the two airports per week. The airline’s fifth and final route cancellation will be between John F. Kennedy Airport (JFK) in New York and Houston, Texas from September 12th.

As is the case with many regional airport flight route cuts, the decision has been largely made due to lack of demand. A spokesperson for the airline said “We continue to monitor and adjust our flight schedules and route network based on customer demand,” which suggests more route cuts could be on the cards in the future.

However, it hasn’t all been cuts coming out of Delta, with the airline recently having announced a series of new, exciting routes for travelers to take advantage of. Already this year, Delta revealed it would be adding more flights between the US and Hawaii starting in November, in addition to several new transatlantic flights for those looking to go a bit further this summer. 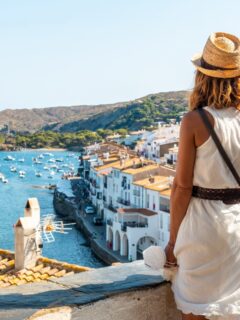