Travelers dreaming of faraway beaches for a trip this winter may be surprised to find armed military patrolling their favorite beach destinations. However, this should not be alarming, and it is becoming standard practice in some areas. Tourism is a huge source of income for many countries with beautiful beaches, and protecting visitors is a top priority. The armed military personnel should not be a cause for worry. Instead, take comfort in the fact that the area wants to offer you the safest vacation possible. Below are several popular beach destinations you can expect to see military on patrol this winter.

Travel Off Path recently reported Quintana Roo was at a Level 2 Travel Advisory heading into the fall. The State includes Cancun, Playa del Carmen, and Tulum. This still remains the case and signifies that the U.S. State Department recommends Exercising Increased Caution while in the area due to crime and kidnapping. To quote the advisory directly, “While not directed at tourists, shootings between rival gangs have injured innocent bystanders. Additionally, U.S. citizens have been the victims of both non-violent and violent crimes in tourist and non-tourist areas.”

Over the summer, armed forces members patrolled the beaches to keep tourists safe during the summer season. The deployment prioritized Cancun and surrounding tourist hotspots such as Playa del Carmen and Tulum. The country is currently preparing for the fall and winter high season. As a result, they have deployed 3000 additional soldiers to these tourist-heavy areas.

In Playa del Carmen and Tulum, travelers should also expect to see military patrolling beaches and towns. Over the summer, Playa del Carmen hotels urged authorities to increase their presence in the area to keep tourists safe after an incident that resulted in the death of two vacationers. Meanwhile, Tulum deployed additional personnel, though you will not see these. Undercover officers have been patrolling Tulum’s hotel zone for the past month. They will likely continue into the fall and winter.

Like the areas above, Los Cabos is a Level 2 Advisory destination. Recent reports indicate that crime rates are down in the area. However, soldiers still patrol Los Cabos beaches to prevent crime and keep tourists safe. During a recent exit survey, visitors to Los Cabos say they felt safe during their stay. Despite the perceived safety and low risk to travelers, officials want tourists to know that the destination values their safety. This has led to the most recent deployment of soldiers to the area.

Some of the most common crimes against tourists in the area are scams and fraud. The most common types of fraud are bank transactions and consumer fraud. Examples of this include fake listings on Airbnb or fake tour operators. Once money exchanges hands, it can be difficult for travelers to get it back.

Mazatlán is part of the Sinaloa State which is currently under the U.S.’s Level 4: Do Not Travel Advisory. This means that the U.S. doesn’t allow government employees to travel to the state of Sinaloa, with few exceptions. One of these exceptions is if they travel directly to Mazatlán. While there, they must limit their movements to the Zona Dorada and historic town center.

However, this should not deter travelers interested in seeing what Mazatlán offers. If vacationing in Mazatlán, you will be safe sticking to the tourist areas like Old Town & the Golden Zone. There are tourist police patrolling the areas constantly, and the areas are not known to have high crime rates. Travel Off Path has reported on Mazatlán’s safety in the past, and travelers can read about the top 5 things to know before a visit HERE.

In May, Travel Off Path reported a new security warning for Puerto Vallarta due to an increase in violent crime in the area. The warning came after a shooting near the Marina Vallarta resort stretch and resulted in an increased presence of Mexican security forces. The area is under the U.S.’s Level 3: Reconsider Travel Advisory, but government employees have no restrictions when visiting. Like Mazatlán, if travelers stick to well-known tourist areas and follow basic safety precautions, Puerto Vallarta should make for a great vacation destination.

Acapulco is part of the Mexican state Guerrero, which is currently under the U.S.’s Level 4: Do Not Travel Advisory. Unlike in the case of Mazatlán, government officials cannot visit the tourist area of Acapulco. Despite the perceived risk increase, thousands of tourists visit Acapulco every year for its beautiful beaches and resorts. Like Mazatlan, it also has a tourist police force that safeguards beaches and popular tourist areas.

One thing all these destinations within Mexico have in common is this: the tourist areas themselves could be considered their own spaces altogether concerning crime. In fact, the Mexican Government recently asked the United States to stop including tourist areas in its travel advisories. Indeed, the metrics are so different with tourist zones compared to their surrounding states and regions they could be considered their own spaces. When traveling to any of these destinations, travelers can expect their safety to be a top priority for local officials. As a result, they should expect to see armed military patrolling the area.

Military guards have recently deployed to Sosua Beach in the Dominican Republic, though not for the reason you may think. Local vendors that frequent the beach and make a living selling to tourists and beachgoers are against the construction of a square that will relocate them. The vendors don’t want to move from the beach, arguing that doing so will lead to the privatization of the beach. Until they reach an agreement, the military will remain. 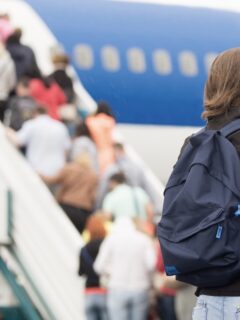 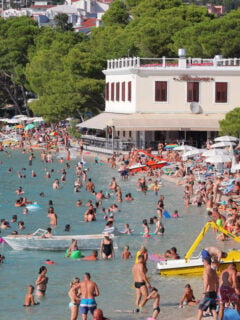 Next
4 Destinations Affected By Mass Tourism That Travelers Need To Know
Click here to cancel reply.