Heading south of the border this fall?

You may have seen the U.S. Department of State has issued updated travel advisories for each individual Mexican destination this fall. While security risks in places like Puerto Vallarta are considered high enough to warrant a Level 3 badge, meaning Americans should ‘reconsider travel‘ due to crime and even kidnapping risks, others like Cabo and Cancun remained at a much safer Level 2.

Mexico is the number one destination for Americans going abroad. Boasting a pristine coastline extending for miles on end, some of the best preserved pre-Columbian sites in all of the Americas, and home to one of the world’s richest, and most diverse cuisine, it definitely deserves its hard-earned title of King of Tourism.

On the downside, its recent run-ins with the law have been a cause for concern, particularly among first-time visitors. Luckily, that’s not the case with America’s favorites Cabo and Cancun:

Is Mexico A Safe Place To Visit?

Before anything else, we should probably point out Mexic is pretty safe to visit. There is a reason the country has been smashing tourism records lately, with Los Cabos even outpacing majority of beach destinations in the wider region in terms of tourism growth. Yes, crime can occur, but in any tourist setting, chances are slim.

Although we cannot disregard the warnings coming from the United States Government, seeing that they are official and data-informed, we should note an ‘increased risk’ of crime is merely that: a risk. It does not mean it will happen, or that it will affect Americans in Mexico. In fact, the vast majority of them will experience a trouble-free vacation.

That being said, the U.S. has nevertheless granted a Level 2 status to the Baja California Sur and Quintana Roo states, of which Los Cabos and Cancun are a part of. In simpler terms, these destinations are not under a particularly high threat of crime, or are turf war hotspots, like other Level 3, or even Level 4 ‘No Travel’ cities.

As per the department’s statement, U.S. citizens should only ‘exercise increase caution’ in the region due to crime, a warning that, in reality, applies to every single major international destination. Unlike in the states of Jalisco or Sinaloa, there are currently ‘no restriction’ on travel for U.S. Government employees based in Baja California Sur, or even tourists.

Similarly, Quintana Roo – and the Riviera Maya on an extent – has not been blacklisted by the department, featuring on the same Level 2 list as Cabo. All of the Mexican Caribbean’s consolidated stars, namely Cancun, Tulum, Playa del Carmen, Isla Mujeres and Chetumal are not deemed seriously dangerous for tourists.

The advisory mentions ‘criminal activity and violence may occur in any location, at any time, including in popular tourist destinations‘, but then again, this same advice could be replicated for numerous countries, including the U.S., where pick-pocketing and illicit activities have long posed a problem (especially in New York, L.A., and other large cities).

Naturally, minor incidents cannot be ruled out, and while this is far from being exclusive to Cabo or Cancun, like anywhere else, visitors must not let their guards down when flying abroad. In fact, maintaining a high level of situational awareness is key to a stress-free vacation in the Riviera Maya and Cabo’s Pacific Coast.

Essentially, Americans must observe all of these rules:

*Personally, we would recommend not flashing jewelry or other expensive belongings that may attract thieves

Realistically, tourists should not feel as if they have a target on their backs traveling in Cabo or Cancun. At the same time, exercising caution when abroad, whether it’s Mexico or elsewhere, is of paramount importance. In Mexico specifically, violent incidents are not directed at visitors, but they can still be injured finding themselves in the wrong place, wrong time.

At the same time, you probably risk getting robbed strolling alone after sundown in New York, as well. Sod’s law.

Once again, the occasions in which tourists are harmed, or witness acts of violence, are incredibly rare. Additionally, the Mexican Government takes tourism very seriously, and has clamped down on crime lately by deploying more police to tourist areas and ensuring Americans feel safe when vacationing in Cabo or Cancun.

In comparison, tourists should ‘reconsider travel’ to Puerto Vallarta and the whole state of Jalisco, which has been placed under the Level 3 listing, only one step short of being blacklisted by the Federal Government. In essence, despite these warnings, the states of Baja California Sur and Quintana Roo are considered much safer for travel than Jalisco, for example. 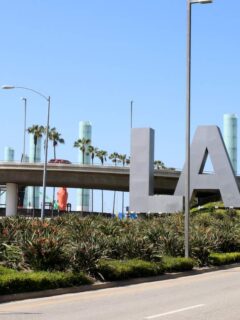 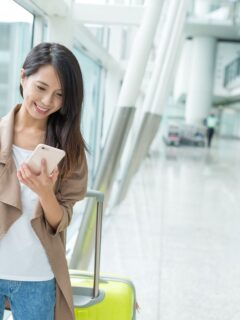 Next
US Government Launching Platform That Will Enable Passengers To Compare Airline Services
Click here to cancel reply.

Do not buy the hype Mexico is still a wonderful place to visit and alot safer than California, Los Angeles

@Mike, I agree, I was just in Puerto Vallarta last week and had a wonderful time.

@Lisa, I visit Los cabos several times a year. What B.S they do not want us in other countries spending our money Mexico is wonder

@Kurt Jacobsen, exactly! I live in Los Cabos. Do that drive a lot to AZ. Never problems. Sure there's crime everywhere, but I feel safer in MX than USA. Our government loves to spread fear.

@Traveluxx, So now, you speak for everyone? Damn didn't know you represented me, my family, friends?

@Kurt Jacobsen, except no one wants to go to those cities anymore lol

The police there is very corrupt and they work with the criminals. I have seen some officers do cocaine in playa del carmen just before they robbed me off of a few hundred pesos, the reason was me walking around shirtless.