With the ongoing chaos affecting air travel lately, have you ever wondered which airline would be ‘safer’ to book with, based on what benefits they offer in the event of a delay or cancelation? Pretty soon, the U.S. Government will launch an online platform enabling Americans to do just that, and make better informed decisions when planning a trip.

As the world reopened following Covid and millions flocked into airports, especially after the U.S. dropped the controversial inbound testing requirement, industry operators finally realized, perhaps a little too late, they were not prepared for dealing with a pent-up travel demand amid a crippling worker shortage and other operational issues.

Consequently, throughout summer, thousands of flights were either axed or did not depart as scheduled, with some carriers even blatantly denying customers refunds. Now, the Government is finally stepping in:

Buttigieg Wants To Increase Customer Protection Amid The Travel Chaos

After being personally affected by the spate of cancelations dragging down the aviation sector’s recovery, U.S. Transport Secretary Pete Buttigieg decided to take matters into his own hands and called out airlines out on their behavior. According to Buttigieg himself, this flight cancelation wave is ‘unacceptable’ and carriers should take responsibility.

Reuters reports that the Transport Secretary sent a letter of reprimand to airline executives, from those on a regional level all the way to the top of the chain, warning the U.S. Government is mulling over a new set of laws that would ‘expand the rights of airline passengers‘. In essence, Buttigieg wants travelers to be able to access:

Should any such law be implemented, this would be a landmark event in U.S. aviation History. At present, U.S. carriers are not required to provide passengers with complimentary meals, or hotel rooms, when unable to fulfill their own schedule. Despite not being legally bound to do so, a majority of them offers compensation out of common decency.

This does not change the fact that this isn’t a right, and thus, it can be refused at an airlines’ discretion. That’s a scary thought, and Buttigieg agrees air passengers need more protection urgently. This year, roughly 24 per cent of flights operated by U.S. carriers were delayed, giving rise to concerns airlines could eventually cease honoring their part of the deal.

A deal that does not exist in paper, for that matter. Additionally, the Transport Secretary has confirmed the U.S. Government is launching a new dashboard on September 2, right before Labor Day weekend, allowing Americans to verify how exactly each carrier plans on reimbursing their cancelation costs in a worst-case scenario:

All We Know So Far About The New Interactive Platform Launching

As Buttigieg shared, the ‘interactive’ dashboard would compile ‘easy-to-read’, comparative information on the services every large U.S. airline provide upon delaying or canceling a flight in a single online venue. He has not shared in detail how the information will be displayed, or how exactly users can go about viewing it.

All we know so far is it will be based off ‘airlines’ customer service plans’, since Buttigieg expressly told CEOs on his letter that this is their opportunity to ensure their Customer Service Plan ‘guarantees adequate amenities and services’ to help passengers through inconveniences. Interestingly, as far as we’re concerned, this is the first initiative of the sort by the Government.

Previously, airlines were able to operate free from Washington’s watchful gaze, though their current underperformance has led to increased scrutiny. The fact that the Transport Secretary is actively advocating for passenger rights, as well as debuting a promising comparative dashboard, are both indications the Government is siding with customers for once.

It remains to be seen whether the novelty will live up to expectations, and actually prove useful with time. This is the first time we hear of a national government gathering data to assist citizens in planning trips, and certainly an unusual move for the Department of Transportation. What’s more: Washington is not alone in its clash against the aviation giants.

North of the border, Ottawa had a few tricks up its sleeve as well:

The Canadian Government drafted its own laws requiring airlines to refund passengers in the event of any cancelation, including those outside their control, after Canada came under fire for being, at the time, an epicenter for the summer travel chaos. Of course, Washington has not gone as far, yet, but it is certainly closing in on what’s a poorly-regulated market.

Lastly, Buttigieg is developing other rules that would require carriers to refund travelers when their baggage is delayed or lost, and prohibit them from charging extra when families request to sit together in planes. Besides the interactive dashboard, coming this September, the remaining proposals are just that: proposals.

They need to be appraised and they may either be enshrined into law, or completely discarded. We will keep you updated once more information is shared by the Department of Transport. 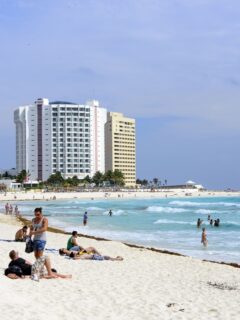 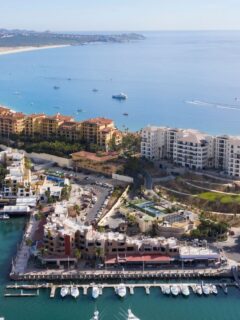 Next
5 U.S. Cities Flying Non-Stop To Los Cabos This Winter For Under $250
Click here to cancel reply.

Friends in Canada with natural immunity are still unable to enter the US. When will we see an article about this? The current CDC recommends that there’s no difference between those of us who were , and those of us who weren’t part of the… effective …program.

Awesome. Now do a similar online platform for vaccine safety and efficacy data. Because if the U.S. government won't be fully transparent with you, who will, right?

Getting kinda cramped with the elephant still in the room...foreigners, people's family members, investors (like myself) STILL cannot enter USA without proof of jab. Travel Off Path never seems to touch on the subject.