Cancun is unarguably the go-to sunny getaway for millions of Americans. A city like no other, it offers visitors both the vibrant atmosphere of other equally-busy global hubs, and more secluded beaches (if you know where to look for them).

On the other hand, Cancun’s prestige as an ideal summer destination has come under threat lately due to reports of increased violence, even in traditionally-safe tourist areas, travel scams, and even the landfall of an unprecedented amount of seaweed.

If you’re thinking of flying to Cancun soon, and have been following closely these highly-publicized developments, you might be questioning whether this massively popular beach hotspot is indeed an ideal pick. After all, is Cancun still a safe destination to visit for 2022?

There is a lot to unpack here, but in short, yes.

You might be wondering how exactly we are able to still deem it a safe city even after taking into account recent reports, which we have covered extensively ourselves, and the doubts raised by many other travel news websites about security in Cancun. Here is why:

By being an already sought-after destination that is now experiencing overwhelmingly high demand, it hardly comes as a surprise that ghost travel agencies, a few ill-intentioned cab drivers, and other scammers have intensified their operations in Cancun and the wider Riviera Maya in recent months.

Even though we cannot overlook the fact that 250 scams occur around Mexico per hour, and a large number of those are in Cancun, tourists also risk being victims of fraudulent taxis and/or tour operators virtually anywhere in the world. Although Cancun is no exception, this is far from being a Cancun-exclusive issue.

Foreigners have historically faced scamming when traveling throughout the Caribbean, with Belize and Jamaica being two notorious examples. Even the most popular cities in Europe are not exempt from their fair share of travel scams. In other words, international travel is never risk-free, especially when you can’t speak the language of the country you’re visiting and could, therefore, be taken advantage of.

Still, there are some precautions tourists can take to be better prepared when flying abroad and in fear of being scammed, such as:

We have all heard of Cancun’s recent run-ins with the law. Gang shootings, robberies, and murders linked to organized crime in the city have taken the news by storm. For that reason, we do not blame more cautious tourists for having reconsidered Cancun as their summer destination.

Having said that, we would like to pose a question: which big city does not battle, one way or another, higher crime levels compared to less-dense areas? Cancun is not a single beach or a resort town: it is one of the largest cities in the Caribbean.

While violent incidents have undeniably increased, leading the United States to revise its Travel Advisories, Cancun is bound to record more incidents than other smaller cities in Quintana Roo due to its position as an international hub.

Still, when assessing travel risks and choosing their next destination, tourists should always research the violence levels in their dream vacation destination, but should also compare them to the place they currently live.

It is worth noting the city of New York, which offers of the leading city breaks in North America, is also facing a violence surge this year, with a marked increase in both shootings and homicide. The same goes for Los Angeles, where violent crimes were up by 60% in 2021 according to LAPD data.

Even though several cities across North America, both in the U.S. and Mexico, struggle with crime, it’s Cancun that has been particularly pinpointed as violence-ridden lately.

However, as the U.S. State Department itself affirms, shootings are not directed at tourists, and are instead a result of quarrels between criminal groups, even though bystanders can still be injured.

Despite these risks, that is the exception rather than the rule.

Lately, Mexico has been investing heavily in security, deploying none less than the National Guard to keep tourists safe in Cancun, and vowing to clamp down on corrupt entities extorting tourists in the wider Quintana Roo. This is a country seeking to establish itself as a safe haven in the post-pandemic world, as it has been known to take security concerns very seriously.

As Dario Flota Ocampo, Director of the Quintana Roo tourism Board stated, ‘Quintana Roo remains a safe destination to visit (…) it continues to operate normally and remains one of the world’s leading destinations’.

On top of that, the U.S. does not advise tourists against travel to Cancun (or the Quintana Roo state) citing violent crime, though they should ‘maintain a high level of situation awareness’ and avoid risky areas. Like anywhere else, visitors are urged to remain in tourist zones and be cautious when walking after dark.

While we do encourage all our readers to follow this guidance while on vacation, we can assure you Cancun isn’t any more dangerous than several other destinations in Mexico, including Mexico City, Baja California Sur, Oaxaca, and Chiapas.

In fact, the U.S. considers it much safer than particular Mexican states, such as Sinaloa or Colima.

Throughout the pandemic, Cancun has maintained its status as one of the freer, and perhaps most tourist-friendly places on Earth, earning a king-of-tourism, type nickname. Even during the woeful months of December and January, when Omicron was rampant and restrictions were the norm, it remained open and recorded a record number of visitors.

This means that, while numerous competitors across the Caribbean imposed strict entry requirements, Cancun went the opposite way completely and permitted all to enter restriction-free, irrespective of vaccination status. On top of that, Cancun Airport has not seen a single relatively quieter month since Mexico decided to keep its borders open.

Due to this ambitious move, it has been at the forefront of the minds of many travelers – and on the radar of the mainstream media – for months on end. To put it simply, Cancun is being closely watched by all, which means any local incidents will be quickly picked up on, and subsequently scrutinized.

Yes, shootings and robberies occur, and yes, they have become more common in tourist zones as gang activity worsens, but the risk of being caught in a crossfire, or experiencing any abuse at all, is still within acceptable levels both by Mexican, U.S., and other international standards.

Unlike in other parts of Mexico, where the U.S. government issued travel restrictions for U.S. government employees and has been adamant Americans should refrain from visiting, Quintana Roo and Cancun have not been specifically targeted.

This corroborates our findings that Cancun remains a safe destination with no particularly exacerbated safety or health risks when compared to others.

At the same time, we would like to remind travelers this does not mean Cancun is crime-free. When visiting, you should bear in mind all the information we have given you on here and beware of your surroundings, especially in crowded areas where robberies and pickpocketing could occur, similarly to any large city. 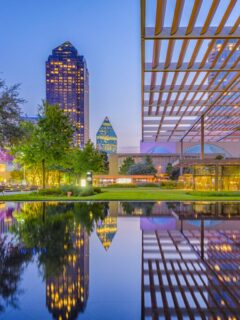 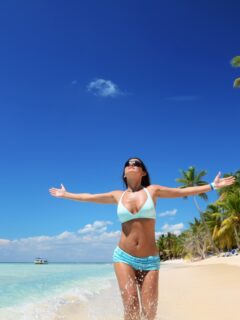 The US State Department warning is 100% accurate, but should include that you're just as likely to get robbed by the cops after dark. The cops usually won't knife you but people usually just cooperate because they are the cops after all. F da police!

Very good article. I love Cancun, its beaches, cuisine and culture. My wife and I were there in May 2021 at the 'Marriott Cancun & Resort' when few Americans were traveling. The hotel & staff practically rolled out the red carpet for us and gave us an upgrade with a balcony and a beutiful view of the Carribbean Sea. However, after reading an article in the "Cancun Sun" - "Cancun Joins 7 U.S. Cities On Top 50 Most Dangerous In The World", I won't be traveling to Cancun this year: (link)

that Mexico won't support the USA and NATO sanctions against Russia for invading Ukarine, killing innocents and destroying their homes & towns:

With that said and a travel advisory warning for Americans to take precautions in Cancun by the U.S. Department of State: (link)

Americans will be taking a risk if they go. I'll be off to the California beaches.

@Diana, Hahaha, it looks like Michael revealed his real reason why he would not visit Mexico, not because of crimes in Mexico, but because Mexico along with most of the world is not aligned with US/Nato's imperialistic and senseless expansion against Russia/China. In regards to Cancun and Quintana Roo, I think the few violent crimes here and there aren't really what common tourists should be concerned, as they mostly occur among criminals. Even the more recent shooting against, what the media called, Canadian tourists in Xcaret, were actually Canadian outlaws involved in drug trafficking. One thing to avoid are taxis, especially the ones at the airport of Cancun. places like that allow people to purchase their taxi ticket at a counter inside the airport, but you still have to make sure you present the ticket to the right taxi driver, otherwise they take your ticket making it look like they are part of it, and when you arrive at the destination, they rob you. Unfortunately, apps like Uber or Indriver aren't allowed, as the governor of Quinatana Roo is just as corrupt as the taxis. There are many better place to visit in Mexico than Quintana Roo, places that are less touristic, cheaper, and with more nature and mountains.

.... says a citizen of a country which has, by far, the most amount of wars. The USA!

And, by extention, USA, and its democratic allies from Europe, have been killing innocent people the Middle East.

Are the lives of people in Ukrain somehow superiour to people in the Middle East?

And now US and Europe are selling weapons to Ukraine thus making the conflict go longer. Bravo.

Mexico, India, Latin America and others have made a wise decision of not imposing sactions. Simply because those sanctions have never worked as desired, and not because they're in favour of "the action".

In other words, you've made wrong "causal-effect" conclusion.