With cruises finally starting to resume operations in the United States, companies are eager to start operations out of Florida – the biggest embarkation point in the country. But Florida’s governor’s ban on vaccine passports is causing problems for them to restart under CDC guidelines.

Vaccine passports have been a contentious issue in the United States and Florida has been one of the loudest voices against them. Earlier this month, the governor of Florida, Ron DeSantis, signed a bill prohibiting businesses in the state from verifying the vaccination status of individuals which is expected to go into effect July 1st.

“In Florida, your personal choice regarding vaccinations will be protected and no business or government entity will be able to deny you services based on your decision,” DeSantis said.

Meanwhile, The Centers for Disease Control and Prevention (CDC) has given the go-ahead for cruise ships to begin sailing from U.S. ports this summer, as long as 98% of crew members and 95% of passengers are fully vaccinated. But if cruise lines ask to verify the vaccination status of passengers, they could be fined up to $5,000 per customer under Florida’s new law.

The only other way cruise lines can get permission to sail from the CDC is through trials of stimulated cruises, which Royal Caribbean will start next month. However, this is a much lengthier process.

Now, DeSantis and the CDC are in a legal standoff that most experts do not expect to end well for the governor.

According to Jim Walker, a maritime attorney, it’s the federal government that has any interaction with cruise ships – not the state government.

“The CDC ultimately has the power to shut down a cruise ship,” he said. “To suggest that it doesn’t have jurisdiction to regulate cruise lines is just utterly preposterous to me.”

Miami-based maritime attorney Mike Winkleman said that it’s more likely that some resolution will be reached during mediation proceedings between the CDC and the state.

The dispute may end up in court, as the cruise industry argues that the state law doesn’t apply to it thanks to federal rules.

Norwegian has threatened to move their homeports out of Florida over these new regulations.

“We hope that this doesn’t become a legal football or a political football. But at the end of the day, cruise ships have motors, propellers and rudders. And God forbid we can’t operate in the state of Florida for whatever reason, then there are other states that we do operate from. And we can operate from the Caribbean for ships that otherwise would have gone to Florida,” said Norwegian Cruise Lines CEO Frank Del Rio.

“We certainly hope it doesn’t come to that. Everyone wants to operate out of Florida. It’s a very lucrative market.”

Other cruise lines may just go ahead with plans to require vaccinations even if it means paying the fine.

Travel industry analyst Patrick Scholes said that it might even be cheaper for them to just pay the fines as “they are burning millions of dollars a day having their ships idle.”

This isn’t the first legal battle Florida has been in with the CDC. The state tried to sue the organization earlier this year over cruises not being able to restart in the U.S., but now it’s the state itself holding up this important part of the economy.

Meanwhile, the CDC recently updated their facial covering protocols which give cruise lines more discretion for ships with at least 95 percent of crew and passengers fully vaccinated.

Under the new guidelines, fully vaccinated passengers and crew would no longer be required to wear masks during outdoor activities and extended meal service. But if cruise lines can’t ask for proof of vaccination, the new guidelines may not apply.

First Major Cruise Line Will Restart Sailings From The U.S. In June

Cancun Will Not Close Says State Secretary Of Health 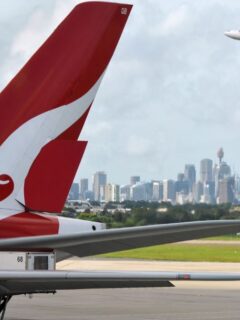 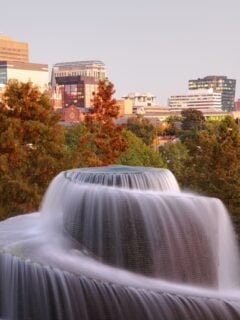 Next
Top 10 Places to Visit in South Carolina this Summer
Click here to cancel reply.

Shouldn't the headline be CDC vaccine passports are holding up the return of cruises?

Unfortunately international destinations and operations don't care what we think about vaccine passports. Now these folks can't even go to a different port as they have no proof of vaccination. Not to mention (practical) air travel to other countries is contingent on being vaccinated. There were better ways to go about this.

While the CDC is busy enforcing their "vaccine" passport on cruise ships, airlines, on the other hand, are finding themselves stuck in a dilemma where they will have to turn down vaccinated travelers because of the clotting and bleeding problem at higher altitude. So it started "no jab, no fly" and it might turn into "jab, no fly".

Where did you hear this? A first page search on Google doesn't seem to produce any results.

No politician is your friend but that doesn't mean they aren't sometimes on the right side of history. Any move that hobbles, cripples, and ultimately decapitates the CDC is a good move.

Totally worth it. I wish our leaders in Canada had any backbone and would standup for our God given rights. Ronnie is #1