Ever since Russia launched a large-scale invasion of Ukraine earlier this week, American citizens who are due to arrive in Europe, and particularly in the Eastern fringes of the continent, have been expressing concerns regarding the impact of war on travel.

Those are not unfounded: with both the United States and its NATO partners severing diplomatic ties with Russia over the unfolding events in Ukraine, the situation could escalate unpredictably at very short-notice. Whether it is canceled flight itineraries, entry bans, or even targeting of passenger aircrafts, the risks are far from being negligible.

Here, you will find out exactly what to expect from a trip to Europe amid the ongoing conflict, whether it is actually the right time to be going, and what is the official guidance for Americans visiting high-risk zones, including Ukraine.

What Does A Russo-Ukrainian War Mean For Upcoming Eurotrips?

Just when Americans hoped travel to Europe would ease up in time for summer, as more European countries open up to foreigners and start relaxing once-strict entry regimes, the newly-announced Russo-Ukrainian Invasion could send the travel sector into a tailspin once again.

Although it remains unlikely that Americans visiting friendly nations such as France and Spain will be affected in the short term, it may not be the case for eastbound travelers.

This means Americans still hoping to go as far east as Russia, irrespective of the existing issues, will be virtually unable to reach popular tourist destinations like Moscow and St Petersburg when flying from Europe, as a majority of commercial flights are axed.

U.S.-friendly nations that are also welcoming American visitors with less restrictions, like Austria, Belgium, France, Germany, Italy, Ireland, Iceland, the Netherlands, and the United Kingdom have all taken unprecedented measures to close their airspace to Russian planes.

This means Russian airlines, including Aeroflot, will no longer be able to land in European soil. Additionally, other Nordic countries like Denmark, Sweden, and Finland are also preparing to issue blanket bans on Russian flag carriers.

In retaliation, Russia has also started banning select airlines and closing its own airspace, with British Airways now unauthorized to land in the Federation. The airspace bans have prompted fears even commercial flights may be targeted again.

Back in 2014, Russia-backed rebels in separatist areas of Eastern Ukraine shot down the Malaysia Airlines MH17 on a flight from Amsterdam to Kuala Lampur, killing all 283 passengers and 15 crew. on board Back then, the war was centered in the Donbas region, though it has now spilled over to nearly all of Ukraine.

Landside, Americans traveling to Eastern Europe, and particularly to countries bordering Ukraine and Russia, should beware of heightened tensions and the volatile situation, including Russian threats and a large influx of refugees attempting to cross eastern EU borders.

Could Russia Invade Other Countries Next?

Though no offensive action has been taken by Russia against NATO nations so far, there is growing concern among Baltic states that they could be Russia’s next target after Ukraine. The Baltic states are the three small European nations of Lithuania, Latvia, and Estonia.

During the Cold War, they were all satellite states of the Soviet Union and controlled by Moscow. Now, all three are in both NATO and the European Union, meaning a Russian offensive against them would most certainly trigger direct U.S. and EU involvement in the war.

As suggested in an opinion article published by The Print, Russia may be seeking to re-establish some of its Soviet borders by force. These borders, which used to comprise the Iron Curtain, a Cold War East-West divide, traditionally included countries that are now part of Western Alliances.

It is, however, difficult to predict how events will unfold in the upcoming weeks, as Russia takes a more belligerent path and even warns the West against interfering with its plans, citing its highly-destructive nuclear arsenal.

Could Russia Launch An Attack On Europe?

According to recent reports, Russia has also seized control of the Chernobyl Exclusion Zone, which houses the site of the Chernobyl disaster. With fighting having broken out near the reactor, radiation levels are already rising again. Should the situation deteriorate, this could severely impact environmental safety across Europe as a whole.

While countries in the European Union and Schengen Area are safe to visit, the popular tourist hotspots of Poland, Hungary, Slovakia, and Romania have been particularly affected due to sharing a border with Ukraine. Additionally, states in the Baltic Sea and Finland are also on high alert being neighbors of both Russia and Belarus.

Currently, travel to Ukraine is heavily discouraged, with the U.S. advising Americans to avoid visiting and/or seek to leave immediately through designated exit points. Cruise lines have also been forced to adapt their sailing routes to avoid Russia, as the country becomes an even-greater international pariah as the crisis continues.

In Western Europe, several anti-war protests have been reported, with over 100,000 demonstrators gathering at one of Berlin‘s most famous landmarks, the Brandenburg Gate, to demand an end to the invasion of Ukraine.

While protests in Western Europe are unlikely to turn dangerous, Americans may find that their anticipated European holiday could turn turbulent as more public action is expected.

The U.S. is also now advising Americans to avoid travel to Moldova, a non-EU country sharing a border with Ukraine to the south which harbors strong pro-Russian sentiments, especially in the breakaway region of Transnistria.

In regards to other U.S.-friendly nations in the region, including Romania, Poland, Hungary, and Slovakia, there are no travel risks concerning the Russo-Ukrainian War yet, though the European Union is taking a tougher stance on Russia by shipping arms to Ukraine.

Will It Ever Be Safe To Visit Ukraine Again?

Throughout the pandemic, Ukraine was one of the easiest countries in Europe for Americans to visit. Having had pretty straightforward entry rules in place and welcoming all nationalities, Ukraine was becoming a rising European destination for overseas travelers before the recent conflict.

Now, as the conflict aggravates and all commercial routes into and out of Ukraine are blocked, visiting the charming cities of Lviv and Odessa, or basking in the modernist grandeur of the capital Kyiv seem like a distant dream.

At the moment, it is difficult to predict how the war will resolve, and whether Russia will step down eventually or the West, namely NATO, will intervene in response to Russia’s apparent expansionist efforts.

If Vladimir Putin’s recent threats are anything to go by, Russian forces may continue pushing further west into Ukraine, spurring a wave of refugees and threatening the stability of all of Europe, and especially affecting Eastern European countries.

Ukraine is a Slavic country rich in history and historical monuments, with millions of tourists flying every year to witness the remains of its Soviet past and take day tours to the Exclusion Zone in Chernobyl. Unfortunately, many of those landmarks are now off-limits and may be for a long time to come.

When it comes to Chernobyl specifically, Russian troops have already expelled Ukrainian forces and are stationed in the area, which is one of Ukraine`’s leading tourist sites and a leader in ‘dark tourism‘ worldwide. Ukraine is yet to reclaim Chernobyl.

While no major cities have been taken yet, including Kyiv, the Western-influenced Lviv, close to the border with Poland, and Odessa, one of Ukraine’s main Black Sea ports, fighting has already begun in the capital. Civilians are now either fleeing West or sheltering in underground stations amid Russian shelling.

How Can Americans Be Safer Traveling To Europe During The Crisis?

When traveling to Europe right now, both due to Covid risks and other safety reasons, Americans should always purchase travel insurance before boarding their flight. Though not all eventualities can be avoided, being insured provides travelers more peace of mind, especially when visiting a continent in conflict.

Besides helping with the management of flight cancelations, which will certainly become more common as Europe descends into war along its Eastern flank, insurance policies also protect travelers against the high costs of treatment for Covid and a number of other events while abroad.

If visiting countries bordering Ukraine, such as Poland or Hungary, Americans should always keep up to date with travel advisories and follow the news, as demonstrations are expected and, as mentioned above, a large influx of refugees from the East could overwhelm European borders.

As of yet, neither the United States nor its NATO partners are at war with Russia, though we will monitor the situation closely and keep our readers informed. 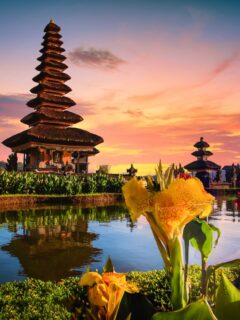 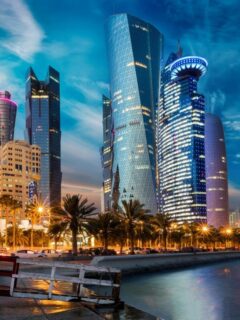 The civil war in Ukraine has been going since 2014 when part of the population didn’t support the coup d’Etat in Kiev. It is unfortunate that the West has taken the path of Cold War mentality since the break away of the Soviet Union in 1991. It is clear that governments are waging war against us; the population. Since the Covid scam is falling apart, they are now making us believe that there is a war going on between two nations when it is actually a continuation of the war between governments and people. Ukrainians and Russians are the same people with a common history. We need to fight for our freedom of movements across borders and demand that our governments lift all airspace restrictions. Restrictions of flights in Russia’s airspace is causing more inconvenience for Europe than it does for Russia as Russia has a much larger airspace. Europe is shooting themselves in the foot.

Russians and Ukranians are major tourists to Turkey - combined 25%? Since Ukrainians vacationing to Turkey will fall close to zero, and Russians will decline due to Rouble issues...there might be deals to be had in going to Turkey!

from an article: "In 2019, seven million Russian tourists visited Turkey. In 2020 and 2021, this number was around five million and 4.5 million respectively."

I think I read about 1-2 million Ukrainians?

was there last year...so no particular desire to go again.

Ukraine's president is showing us what a true leader should be like, especially in the face of a formidable opponent. Instead what we got was an orange clown that, as Dee mentioned, made pathetic excuses to avoid the draft and hid in his bunker while saying nothing.

This President is a hero, on the field, fighting for his country. A real leader. Meanwhile, Trump hid in his bunker and dodged the draft.

Thoughts to the people of Ukraine. So glad I got to visit Lviv, Mukachevo & Kyiv last summer.

@Dee, Ukrainian president is certainly brave for not leaving the country. But he is not literally fighting at the front. He is hiding, trying to avoid being assassinated, and deploying his strategies (in consultation with his cabinet), etc. The pictures of him in a war attire are quite old.

Trump on the other hand, yeah, quite a coward and always found excuses to not go to a war… which I guess is a good thing to do, or at least the right sentiment?