Israel is set to allow small groups of foreign tourists to visit for the first time since May, when it opens its doors to small groups of foreign tourists later this month. The move is set to serve as a beacon of hope for many travelers, at a time when other countries are doubling down on their restrictions due to the rampant spread of the Delta variant.

Extremely popular with American travelers – who account for as much as 19% of total inbound tourists to the country – Israel has plenty to offer travelers, and hopes to generate a significant amount of income when it reopens in just a matter of weeks, kick-starting their tourism industry once more. Here’s a closer look at their reopening plans, including which travelers are allowed to enter and how they can gain entry to the country.

Israel To Re-Open – What Travelers Should Know

The timing of the pandemic was unfortunate for Israel. Whilst perhaps not seen as a typical destination for most, 2019 saw Israel set new records in terms of numbers of foreign tourists heading to the country. More than 4.5m flocked to Israel that year, raising more than $7B for their economy in the process – leaving the country keen to restart tourism as soon as it is safe to do so.

Israel’s latest plan to reopen is not the first time they have attempted to do so this year. In May, the country made it possible for small groups of tourists to enter. More than 2,000 travelers made their way into the country – the majority of which were from the USA and Europe – before the Delta variant caused cases to rise in Israel, which then put the scheme on hold as a result. However, the next reopening could be game-changing.

Much like their last attempt at reopening, September 19th’s upcoming reopening will also be for tour groups heading to Israel, but there is no cap on the number of tour groups allowed to enter – which could result in a significant number of travelers descending upon the country. September’s reopening is also set to be wider in its scope, with travelers from a wider range of countries able to enter. Only those from Israel’s red list countries will be prohibited from visiting; these countries are Bulgaria, Brazil, Mexico and Turkey.

In order to be able to enter as part of a tour group, travelers must prove that they have received a second dose of a Covid-19 vaccine during the last six months, or that they have received a booster shot. They will also need to provide a negative PCR test taken within 72 hours, as well as undergoing a serological test once they have landed. Entrance is only permitted through Tel Aviv’s Ben Gurion airport.

Allowing an unlimited number of tour groups to enter may appear risky to some, yet Israel is confident that it can manage the risk. Israel’s Ministry highlighted the fact that they managed to avoid importing any cases of Covid-19 when the country allowed tour groups in May, whilst the fact that 5.5m of their population have received at least two doses of Pfizer vaccine means they are more prepared than most to welcome foreign guests.

Israel is also hoping to extend the scheme to solo travelers in the coming months. Individual travelers have been unable to visit since March 2020, with the country saying their access in the future was dependent on “morbidity rates in Israel and around the world”.

Ireland And Croatia Are Staying Open For U.S. Travelers 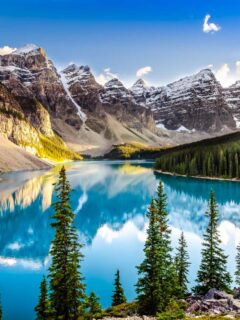