Mexico City is the fifth-largest city in the world, so choosing the best places to visit can be a daunting task. Here are five landmarks you can’t miss on your trip to Mexico and discover these amazing experiences in the city.

The Constitution Plaza, also called Zócalo, is a UNESCO World Heritage Site. It is the largest square in all of Latin America and an important tourist attraction in Mexico City because it houses the main buildings of the capital:

-The Metropolitan Cathedral: It is the largest Cathedral in Latin America and one of the most important Catholic buildings in the world. An imposing building with fourteen chapels was built on the ruins of the Templo Mayor of the Aztec city of Tenochtitlan.

-National Palace: It has been the seat of government since Aztec times; even Montezuma’s palace was there! Part of the building has been transformed into a museum and houses frescoes by Diego Rivera, such as “The History of Mexico.”

-The Old Merchant Portal: It occupies one side of the square with several commercial buildings dating from the sixteenth century. There you can find shops, hotels and luxury restaurants.

The Angel of Independence in Paseo de la Reforma is one of the great symbols of Mexico City and Mexico. Inaugurated in 1910 for the centennial of Mexico’s independence, it represents Nike, the Greek goddess of Victory. It is a seven-ton bronze statue covered in twenty-four-carat gold.

The Paseo de la Reforma is the most important avenue in the capital. It is 9 miles long and unites several city areas and houses important sites of interest, such as the Angel of Independence, the tallest skyscraper in Mexico City – Torre Reforma, and the “Diana Cazadora” or Huntress Diana and the monument to Cuauhtémoc.

This Castle was the residence of Emperor Maximilian and his wife Charlotte in 1864. The impressive complex is considered the only Castle belonging to royalty in all Latin America, so its architecture had to be according to those standards.

From its cobblestone to the shape of its balconies, this Castle’s design resembles others that you could find anywhere in Europe. In the Castle, you can admire the furniture, tapestries, gardens, paintings of the seventeenth and eighteenth centuries, works by Orozco and Siqueiros (artists of Mexican muralism), and the National Museum of History.

The Palace of Fine Arts is a magnificent building built in the early 1900s. The imposing exterior is art nouveau style, and the interior is art deco. It was built of Italian white marble and houses paintings by Diego Rivera, David Alfaro Siqueiros, José Clemente Orozco and Rufino Tamayo. A real gem that must be visited in Mexico City. Inside the palace, you can find the Museum of Fine Arts and the theater, headquarters of the National Symphony Orchestra, National Theater Company, National Opera Company, and the National Dance Company, which open their respective seasons on the most impressive stage of the city.

In front of the palace, you can stroll through the “Alameda Central” with white paths, lively fountains, and impressive sculptures. At the end of it all, there is the Diego Rivera Mural Museum, with Rivera’s work entitled “Dream of a Sunday Afternoon in the Alameda Central.”

With 22 halls extended over 147,000 square feet, this is the largest museum in Mexico and one of the most important museums in the world. The archaeology collection includes artifacts from the different cultures that have formed Mexico, divided into separate rooms: the American settlement, the pre-classic of the Central Highlands, Teotihuacán, the Toltecs, Aztecs, the Oaxacan Cultures, the cultures of the Gulf Coast, the Mayans, the Western cultures and the cultures of the north.

There is also a collection of awe-inspiring artifacts such as The Cuauhxicalli or Sun Stone, one of the most famous works of Aztec art. A replica of Montezuma’s headdress, the feathered crown of the Aztec Emperor. The statue of Xochipilli, a sculpture carved around the sixteenth century that represents the Aztec goddess of art, games, and dance. You will understand the scale and richness of this museum once you set foot in it. If you only have time for one museum during your visit, it should be top of your list.

Mexico City is a vibrant, historical, and modern city with so much to offer visitors. Take note of these iconic landmarks for your next visit to Mexico City, so you won’t miss anything and make the most of your trip. 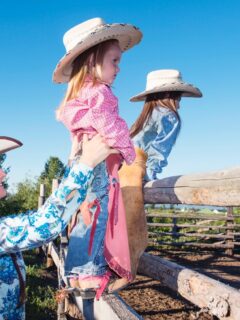 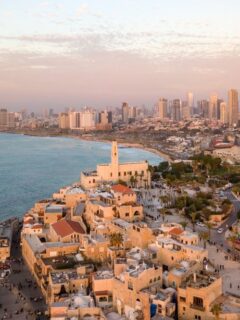 Zocalo is what town squares are called in Mexico, not just Constitution Plaza in DF.