JetBlue has become the latest airline in the US to cut its route offerings to travelers as the whole industry appears to be suffering from Omicron-related disruptions. The New York based airline – the seventh largest airline in the US by fleet size – has cut a range of both domestic and international route offerings from its 2022 schedule in a move that is likely to cause a few headaches for travelers dependent on these offerings, who will now be forced to find alternate carriers for their transportation needs.

JetBlue isn’t the only airline that has been forced to scale back their operations in the wake of the current travel climate. Some of the largest airlines in the world, such as American Airlines and United Airlines, have also made similar moves in recent weeks as airlines across the country adapt to high case numbers, ever-changing restrictions and staff shortages as a result of the virus. Here’s a look at which JetBlue routes will be getting the axe, plus a recap of similar stories involving other airlines.

In total, JetBlue is set to cut 17 routes from its Spring flying schedule. The domestic routes that are set to be cut by JetBlue are as follows:

International routes are affected more by the airline’s cuts, with 12 routes set to become unavailable this spring. They are:

“As part of our ongoing review of our network, this spring we’ll end service on 17 routes that have underperformed and transition a handful of markets to seasonal.”

However, whilst the cutting of routes may paint one picture about the health of the airline, JetBlue have made it clear that this year is set to be one to remember.

Most of routes being cut by JetBlue were added in response to pandemic travel trends, with the airline hoping to capitalize during a period of travel uncertainty. Long term, the airline is more optimistic, with Stewart claiming that “even with these reductions – most of which operated less than daily – we still expect our 2022 schedule to be our biggest-ever and we’ll continue to grow our fleet with new aircraft throughout the year.”

However, it isn’t just Covid-19 that is to blame for cuts to flight schedules. Last month, American Airlines was forced to scale back its international operations due to an aircraft shortage. The airline’s order of Boeing 787 aircraft has yet to be completed, leaving the airline unable to fly internationally in the same frequencies that it did in 2020 and 2019.

Biden’s Free At Home Tests For Americans Will Not Work For Travel: Here’s Tests That Do 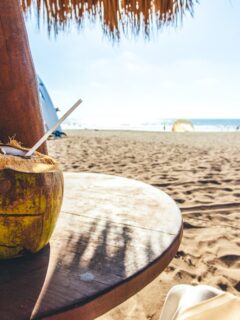 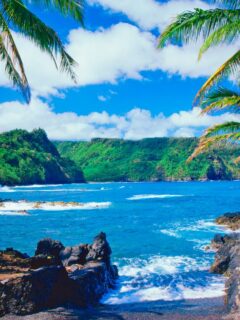 Next
Hawaii Will Require Tourists To Have A Booster For Entry
Click here to cancel reply.