There is no denying that in pre-pandemic times, finding a last-minute travel deal was an all too familiar story among travelers – with many bargain flights, hotel bookings, and even all-inclusive stays having been up for grabs at some incredibly good prices.

However, fast forward to this current moment in time and the situation could not be any more different – with last-minute travel deals seeming to be a thing of the past – well at least for now anyway.

And, there are many contributing factors behind why this is the case – with the rising cost of flight tickets and hotel rooms – as well as the fact that the demand for travel is increasing by the day.

Even the chief executive of one of the world’s leading tourism groups, Tui, has had his say on the matter – with Friedrich Joussen claiming that “there will be practically no last-minute offers at low prices this summer,” in a recent interview with the BBC.

So, why should travelers not be holding out for a last-minute travel deal this summer?

Let’s take a look at some of the reasons why waiting to find a travel bargain might not be the best idea right now.

With more and more people looking to travel both internationally and domestically – following the closure of borders and lockdowns throughout the Covid-19 pandemic during the last two years – the demand for booking hotel rooms around the world has reached an all-time high.

Just last month we reported that hotels in the popular Mexican tourist hotspot, Cancun – which was recently ranked as the most popular destination for American travelers – were close to being fully booked for the summer months already.

In fact, up to 90% of hotel rooms – in the city, which borders the Caribbean Sea – have already been booked right up until late July, which could see Cancun become even more popular than it was in the pre-pandemic times of 2019.

The Cost Of Hotel Rooms Is Increasing

For instance, during the closing stages of last year (2021) – when the majority of countries in the world were closed for tourism purposes – Mexico saw the average price of a 4-star hotel in its popular tourist destinations being advertised at a price of US$280 per night.

An amount that clearly underlines why it might be difficult for travelers to find that bargain hotel deal – with demand almost on the verge of outweighing the supply.

And, it is not just Cancun that is seeing an influx of tourists – with the likes of other popular destinations for travelers – such as Las Vegas – also seeing the return of large numbers of tourists.

It has been said that as much as 80% of the hotel rooms in Vegas are currently being occupied by visitors – who are all wanting to once again have an adventure, in what is commonly referred to as ‘Sin City’.

The Price Of Flight Tickets Continues To Rise

Another contributing factor as to why it is highly unlikely that you will find the last-minute travel deal – that you may have previously been able to grab – is that the price of flight tickets is on the rise.

A few days ago we reported that the price of airfares had reached a ‘historic monthly high’ – with a significant jump in prices between March and April.

We are not just talking about an increase in the price of international flight tickets either – with American travelers seeing the average cost of a domestic return flight hitting a high of US$358.

If that wasn’t bad enough, the average cost of an international return-flight ticket has soared to a jaw-dropping US$865.

And, unfortunately, it looks like flight tickets will not be getting cheaper anytime soon – with travelers needing to brace themselves for a summer of sky-high prices for both flights and hotel rooms.

Just yesterday the CEO of Europe’s largest low-cost airline, Ryanair, Michael O’Leary suggested that the price of a flight ticket could indeed increase by a “high single-digit percent” – which is likely to come about due to the large number of holiday-goers booking flights.

There Are Still Budget-Friendly Travel Destinations On Offer

Although it may be a near-impossible task right now to find those last-minute deals – that were more widely available in pre-pandemic times – it is still possible to visit places that are budget-friendly, and that will hopefully not hit your wallet too hard.

Just yesterday we showcased 7 budget friendly beach destinations – that not only offer great value for money – but also provide travelers the opportunity to experience beautiful scenery, culture, food, and much much more.

And, although it is likely that you will have to pay more for the cost of transport when heading to, and from, your desired travel destination – as well as for your accommodation –  there are still opportunities for travelers to save money by opting for more budget-friendly activities.

For example, for American travelers heading to the popular Mexican tourist destinations of Cancun and Playa del Carmen, there are plenty of budget-friendly things to do – all of which are likely to not break the bank.

The same goes for U.S. travelers heading to other destinations – whether domestically to the likes of Florida or internationally to cities, such as Vancouver or London – with it still possible to find entertainment without having to spend vast amounts of money.

Of course, as travelers we always seek to find the best deals possible when it comes to booking transport and accommodation – especially when we can save a significant amount of money in the process.

However, although it is likely that we will struggle to find the vast amount of last-minute deals that we became all too familiar with in the past, there are still ways that travelers can find reasonably priced deals – and also counter-balance their transport and accommodation costs when planning their trip.

For instance, there are still some great value flights to be snapped up – including for American travelers looking to head to the paradise island of Jamaica, for example.

There are also a number of ways that travelers can look to buy cheap flights – as well as tips to plan their trip – so that they are able to remain on budget. 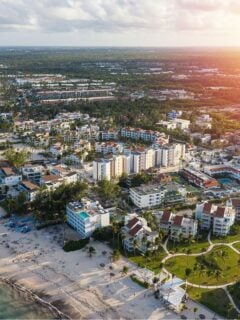 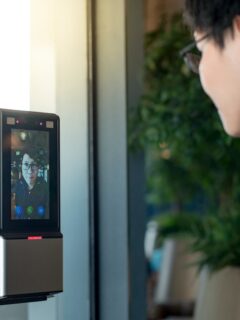