Los Cabos registered a 44.1% drop in hotel occupancy when compared to same the same week in January last year. Comparatively, Cancun registered a decrease of 48.4% while Puerto Vallarta has struggled the most down 58% from the same time last year.

Beach destinations in Mexico were the first to take the hit when the Canadian government announced its flight ban to sunny destinations and now requires citizens returning home to quarantine in a hotel while waiting for Covid-19 test results.

Additionally, the United States implemented a new requirement that all Americans returning home must present proof of a negative Covid-19 test.

Mexico’s Tourism Department said that the information is based on results from 12 cities, which account for 42.5% of the rooms in the 70 destinations they regularly monitor.

While Los Cabos may have led the way in January, it appears February occupancy numbers could look very different. Last week ASUR, who manages the Cancun International Airport, reported an increase in the number of flights over the President’s Day long weekend with upwards of 400 flights on the Saturday alone. Photos and video posted to social media from the Cancun airport showed long lines with hundreds of tourists waiting to get through immigration.

Last week, American Airlines announced a new flight to Cancun it is launching for its summer season, which brings one new route from LAX to Cancun.

While Cancun continues to see increased flight connectivity Los Cabos continues to be a major draw for American tourists looking for a quick getaway. The only requirement for entry to Mexico is that all travelers must fill out an online health declaration before arrival.

Enter your email address to subscribe to Travel Off Path’s latest breaking travel news, straight to your inbox. 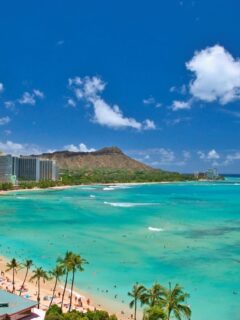 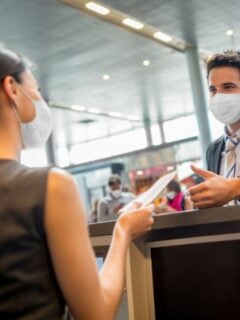