Mexico is expecting as many as 40 million international visitors to enter the country this year – which will see the nation near a return to pre-pandemic tourist numbers.

Prior to the global Covid-19 pandemic, Mexico had in fact set a national record when it comes to the number of foreign visitors entering its doors –  with 45 million people from around the world visiting the country in 2019.

And, of course with the huge number of visitors comes a significant amount of expenditure – and this was certainly the case prior to the outbreak of Covid-19, with Mexico having seen in excess of US$22 billion spent by international tourists during their visit to the country.

These numbers have understandably dropped in the last two years – with the Covid-19 pandemic having caused endless border closures, lockdowns and a variety of other restrictions on a global level.

However, there is no doubt that Mexico is leading the way when it comes to its tourism industry’s recovery – with the nation having been the most ‘open’ and popular throughout the last two years.

And, even during the outbreak of the more transmittable Omicron variant – earlier in the year – Mexico was still welcoming masses of tourists, which resulted in it becoming one of the most visited countries in the world.

Fast forward to the present moment, and Mexico’s popularity does not seem to be diminishing – even with so many countries now open and without any entry restrictions or requirements for international visitors.

In fact, it is expected that even more travelers will make their way to the country, especially from the U.S. – with Mexico still being the number one holiday destination for Americans.

So, How Is Mexico’s Popularity Likely To Impact Your Trip?

Although Mexico’s increased popularity may be ‘music to the ears’ of the nation’s tourism industry, for travelers looking to visit the country, the impact may not be quite as positive.

For sure, the country offers visitors some of the best vacation destinations, beaches, hotel resorts, as well as plenty of options for those looking to have an adventure – which is why its popularity is ever increasing.

However, this certainly comes at a cost (literally) to anyone looking to visit the nation in the near future – with visitors likely to experience:

Let’s take a look at each of the above factors – and how Mexico’s increased popularity is impacting them.

You Can Expect Longer Waiting Times At The Airport

With more and more people choosing Mexico as the destination for their vacation, you should expect to experience longer waiting times when departing to – and arriving into – the country.

There is no doubt that visitors entering Mexico in recent months have certainly endured their fair share of time spent queuing to be processed at the nation’s immigration – with waiting times of up to 2 hours having been reported earlier in the year.

However, just a few months ago we reported that the Mexican government was committed to ending the long waiting times that international visitors had been experiencing at Cancun airport – with the country’s authorities having indeed taken action to counteract this problem.

Although the average waiting time of passengers has been reduced, however, you should certainly expect considerable airport waiting times, especially if you are visiting the nation’s most popular tourist destination, Cancun – with its airport being one of the top ten busiest in the world.

And, it is not just upon your arrival that you should expect to wait for a longer period of time, with busy airports expected around the world – including the United States – due to the increasing demand in travel.

You can find out which are the busiest airports in the States, as well as how to beat the queues by clicking here.

With huge numbers of tourists entering the country, this unsurprisingly brings with it a huge demand for accommodation – which has resulted in hotel capacities coming close to being reached.

In fact, we recently reported that in Cancun – which has been ranked as the most popular destination for U.S. tourists – hotels were almost fully booked for the upcoming summer months.

Therefore, anyone looking to visit one of Mexico’s popular tourist hotspots should prepare themselves for a ‘challenge’ when it comes to finding accommodation for their stay – especially with it being a likely situation that you will find many hotel rooms already occupied.

However, the huge demand for accommodation rooms has resulted in some of the world’s most popular hotel chains looking to add to their portfolio of properties inside the country.

In fact, just the other day we reported that the world’s biggest hotel chain, Marriott, had revealed that they will be opening a brand new all-inclusive resort in Cancun, which will also feature a water park that is sure to lure visitors.

Another one of the world’s largest hotel chains, Hilton, has also said that they plan to open as many as 15 new hotels throughout Mexico this year – which again echoes the huge demand for hotel rooms – as well as the fact that the nation is likely to welcome even more tourists in the future.

The Average Price Of Hotel Rooms Is Increasing

As hotels around the country are nearing full capacity – when it comes to their room reservations – this is undoubtedly going to have a knock-on effect for those looking to book accommodation.

Not only are travelers going to find it a more challenging task to find a room for their trip to Mexico, but they are also going to have to pay a higher rate than maybe they would have expected to pay in the past.

And, there is no doubt that this is in fact the case – with the average price of a hotel room in the country becoming higher than it is in the United States of America for the first time in history.

This is also a major contributing factor as to why people will struggle to find a last minute travel deal this summer. 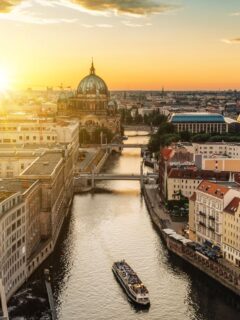 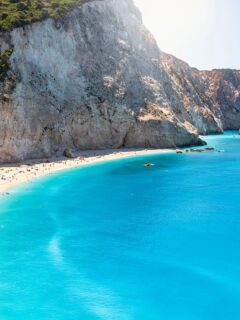 Next
Record Number Of Direct Flights Happening Between The U.S. And Greece This Summer
Click here to cancel reply.

God Bless Mexico for taking people from their tyrannical countries!