The North African Country Will Stop All Flights For Two Weeks

As of Monday morning, Morocco has suspended all incoming flights to the country. All air travel to the North African country will cease for at least two weeks.

The move is the latest in a large number of preventative measures across the globe to counteract the spread of the new COVID-19 variant, recently named Omicron.

Morocco’s restrictions are some of the strictest seen in the world. Other countries, like the United Kingdom, and the USA have chosen the route of selective travel bans for the countries showing the highest numbers of the new variant.

Just last week, omicron was listed as a variant of concern after scientists in South Africa detected a number of the new strain around the Johannesburg region. The bulk of cases are so far contained to that area, but more positive tests are appearing across the world.

Morocco has an understandably cautious stance on the new variant. The infection rates were some of the highest in Africa at the beginning of the pandemic, and had its borders shut for the majority of 2020. But now, it is leading the way for the continent on the vaccine front, with over 66% of the population now having administered at least one dose.

The country’s economy relies heavily on tourism, and the two week time period appears to be an aggressive attempt to protect in the long run as more information is gathered about Omicron. Similar to other countries, Morocco had already implemented a ban on South Africa and six other countries in the region. But the developments of further cases abroad have prompted further action.

In a tweet posted this week, the Moroccan government stated “Due to the rapid spread of the COVID-19 new variant – Omicron (B.1.1.529), particularly in Europe and Africa, and in order to preserve the gains made by Morocco in the fight against the pandemic and protect citizens, Moroccan authorities have decided to suspend all direct flights to the Kingdom of Morocco, for a period of 2 weeks, starting from Monday, 29 November, 2021, at 11:59 p.m”.

The tweet is constantly refreshing with travelers, citizens, and other people involved with the country worrying about the possible ramifications of the sudden ban. Little can be seen thus far about the status of outgoing flights and whether airlines will cancel trips in both directions. Several of the concerned tweets relate to people currently in the country, and whether or not they would be able to leave.

Israel enacted a similar ban, although their verbiage was the banning of all foreigners as opposed to just flights. They’ve also included quarantines for even fully vaccinated Israeli’s returning to the country, in what they’ve described as a no nonsense and scientific based approach.

Japan has also brought restrictions back in banning foreigners and Australia has delayed their long awaited relaxation in an attempt to keep the country safe and healthy.

As more information emerges, countries worldwide can be expected to change policies and restrictions quickly. Travelers to any country should take suitable precautions and keep on top of any developments where possible to avoid disruptions. 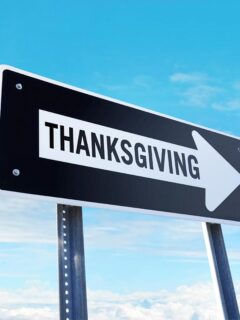 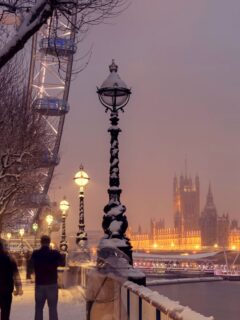 Next
7 Festive Events To See While Visiting London This Holiday Season
Click here to cancel reply.

It’s time to learn to live with this.

I’m tired of this overreacting.