The United Kingdom has implemented a series of new restrictions for travelers due to the emergence of a new Omicron Covid-19 variant. In adding the new entry requirements to travelers arriving from abroad, the UK is hoping to not only keep its people safe and protected against the virus, but to prevent importing more cases of the Omicron variant from abroad like the country experienced with the spread of the Delta variant last summer.

The UK isn’t the only country implementing restrictions changes in the wake of the new threat, with several other countries also putting into place strict measures such as banning flights from certain countries. Here’s a look at the new restrictions that the UK will be implementing, how they differ from the country’s current Covid-19 related policies plus an overview of the Covid-19 situation in the country at present.

Shortly after news was published about the prevalence of the Omicron variant, the UK was amongst the first countries to react. On Friday, the UK placed six African countries – South Africa, Namibia, Zimbabwe, Botswana, Lesotho and Eswatini – on its travel red list, as well as temporarily suspending flights from arriving from those countries. Other countries followed suit with travel bans of their own, including the US, as countries scrambled to contain cases of the new virus variant.

However, the UK is not stopping with just a flight ban and moving countries onto a red list. The country has decided to implement a series of other restrictions to mitigate the risk travel might have to the safety of the population, including more stringent testing policies. The move comes as two cases of the variant were detected in the UK, both of which are said to be connected with travel in southern Africa.

Whereas international arrivals had previously only had to take a rapid test – also known as an ATK test – on day two of their time in the UK, travelers will now have to go for a PCR test instead on day two. The move will apply to all international arrivals – regardless of their vaccination status or where they have flown to the UK from – and travelers must self-isolate until they receive a negative test result. Whilst PCR tests provide more accurate results, they are also more expensive than ATK tests.

In addition to the change in testing requirements, those who have been in contact with a person who has tested positive for the Omicron variant must also self-isolate, regardless of their vaccination status. Those who have been exposed will be contacted by the UK’s NHS Track and Trace facility to be told of their next steps. As of yet, there is no information about how long those exposed to the variant will have to isolate for.

The third significant change is that the wearing of face coverings when on public transport and in shops is set to be made compulsory once more, though there is an exception to this rule for businesses in the hospitality trade. Each of these changes were announced by the Prime Minister, Boris Johnson, in a press conference. They will be reviewed after a period of three weeks.

The UK is currently having trouble battling the spread of Covid-19, with the country registering a rolling seven day average of more than 43,000 cases, and more than 100 deaths. Around 68% of the country is fully vaccinated, with a quarter of the population having received a booster shot against the virus.

IATA Calls For International Entry Requirements To Be Simplified For Travelers 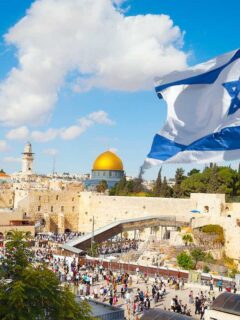 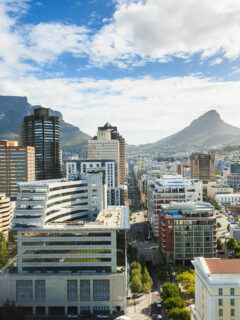 Next
United And Delta Will Continue South African Flights Despite Restrictions
Click here to cancel reply.

I am Canadian travelling to Spain , I have plane ticket from Montréal to Barcelona via London Heathrow airport , I can’t seem to find information as to if I need a pcr test , I am double vaccinated and need to transit through London? Any website I can use ? Thank you

We need to ban our media's and politicians and these so called experts. If Mexico And Colombia can end their restrictions so can the rest of the world. This has never been about public health it's all about power and their pathetic new world order. End all these politicians so we can restore our economies and travel back to life

Media are lying. This omnicron is aparently far more infectious but much more mild. That is great news it means the pandemic is on its way out.

Well they can go bite me with their booster then. Got vaccinated early in the misguided belief this ridiculous nonsense would be over. Now they think we should quarantine despite being vaccinated AND tested AND 100% healthy, effectively having zero advantages from that vaccine beyond what would probably have been a mild flu for most anyway? Well screw that. Good luck with your vaccine mandates, liars

So dumb, Omicron Persei 8 is going to spread regardless. Epidemiologists of years past knew that it was futile to try to battle a respiratory like the flu. Sadly the current batch of “scientists” ie government puppets don’t possess such sagacity.