As fears about the new COVID-19 variant spread, Israel has banned foreigners from entering the country for 14 days to halt the spread of the new Omicron strain.

According to local media, the ban will begin at midnight on Sunday following full cabinet approval, making it the first country in the world to implement a complete border closure since the emergence of the new strain.

Israel has detected one case of the Omicron strain, which scientists first discovered in South Africa this week. The World Health Organization (WHO) has suggested the new variant is “of concern”, with initial evidence implying a higher re-infection risk.

However, the WHO has warned against countries hurriedly imposing travel restrictions, stating they should look at a “risk-based and scientific approach”

The Israeli government announced a series of restrictions at a cabinet meeting late Saturday. These restrictions are subject to final approval from the wider cabinet.

“The entry of foreign nationals into Israel is banned except for cases approved by a special committee,” the Prime Ministers’ office said in a statement.

Al Jazeera’s Harry Fawcett said the restrictions “are the result of a late-night emergency meeting of the coronavirus cabinet, which took place on Saturday evening after a brief announcement from Naftali Bennett that Israel needed to act very quickly in the midst of all this uncertainty and not risk the progress already gained against the coronavirus.”

Interior Minister Ayelet Shaked said, “Our working hypotheses are that the variant is already in nearly every country. And that the vaccine is effective, although we don’t yet know to what degree.”

Dr. Ran Bailcer, the head of the government advisory panel on COVID-19, told local radio that the new measures were necessary for the “fog of war” surrounding the new variant, suggesting it’s “better to act early and strictly” to halt the spread.

The COVID-19 Restrictions Within Israel

Israel had the world’s fastest vaccine rollout in early 2021. The country has fully vaccinated 89.1% of its entire population after administering 16,137,959 vaccine doses.

The New Restrictions Around The World

The U.K. has already started restricting flights from South Africa, Botswana, Namibia, Zimbabwe, Lesotho, Eswatini. Travelers from these nations will need to self-isolate under hotel quarantine for 10 days in the U.K. after 4 am GMT on Sunday regardless of their vaccination status.

The United States is set to restrict travel from South Africa and 7 other Southern African countries. Starting Monday, only US citizens and legal residents can travel to the US from these countries.

“All air travel to these countries should be suspended until we have a clear understanding about the danger posed about this new variant and travelers returning from these regions should respect strict quarantine rules,” she continued. 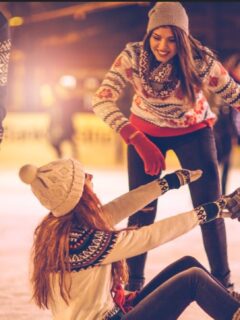 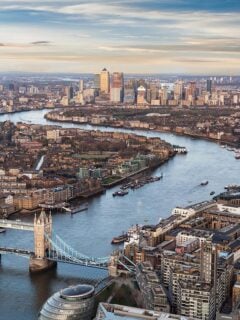 One of the most vaxxed nations in the world got scared again.

update: both passengers scheduled to arrive have canceled their flights.