Netherlands To Remove Quarantine Requirement For Travelers With Boosters

The European Country Will Also Be Reopening Bars, Restaurants, And Other Businesses

The Netherlands has announced that it will be removing its quarantine requirement for travelers who have received a booster shot. The news came with further announcements of restrictions being lessened inside the country.

The Netherlands had imposed some of the strictest entry requirements in the EU back in December as it struggled with skyrocketing infection rates. Any visitors from a country deemed very high risk was automatically required to quarantine for ten days on arrival. This rule was implemented regardless of vaccination status, test results, or recent recovery.

The United States was added to that list at the end of the year, virtually banning any American or people traveling from the States from the country for anything other than a completely necessary visit.

It was possible to exit the quarantine after five days if a negative test was returned, as well as a test before arriving, and on arrival. If any of the tests turned out positive, the full ten days were required.

However, for over a month, any visitors that felt compelled to go through the quarantine would have left to find the bulk of restaurants, bars, theaters, and any notable tourist attractions closed. The country went into a partial lockdown as part of its attempt to slow the internal spread.

According to the new rules laid out on their government website, “From February 2, 2022, travelers with a booster shot are not required to be quarantined if the traveler received the booster shot at least seven days before the trip to the Netherlands”.

In this case, as with most countries in the EU, boosters are becoming the basic requirement for entry. Of course, if a visitor is still within the vaccine validity period, they can enter without the booster.

The EU recently changed their ruling on the validity period, meaning that anyone who had received their second dose more than 9 months before attempting to enter a country would be classified as partially-vaccinated and would require a booster. Anyone within that nine-month period would still be classed as fully vaccinated.

The news coincided with the announcement that the Netherlands would also be opening many of its businesses back up, albeit in a scaled manner. Bars and restaurants will be allowed to reopen again, but functioning hours will be limited to 10 PM every day for a period of time. Other events like football matches will be able to operate but with severely reduced functionality. Stadiums will only be able to hold a third of their total capacity for the moment.

The infection rate is not slowing at the moment and government officials have acknowledged the decision may be a risk. But the move does mirror the general outlook of other European countries. The UK recently announced its own restriction removal, going much further than the Netherlands. Germany on the other hand is holding strong in their own restrictions with their chancellor stating his belief that it’s not the time to be relaxing.

The EU as a whole is making a shift in its tactics on dealing with COVID. Starting next week, the EU will advise its member states to enforce restrictions on individuals instead of countries. If all member countries were to use this basis for entry, visually any fully vaccinated individual could enter any country in the EU regardless of the rate of infection in their home nation or the one they have traveled from.

The decision falls in line with a general feeling of choosing to live with the virus as opposed to trying to outright beat it to avoid any further damage to economies and individual sectors.

Travelers are strongly advised to check any restrictions before departing as rules can be dynamic and change at any moment.

The EU To Launch New Entry Requirements On February 1

UK To Officially Remove All Testing Requirements For Vaccinated Travelers 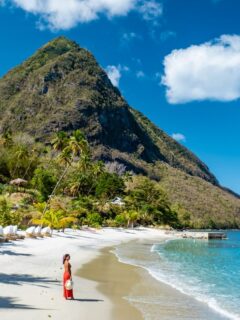 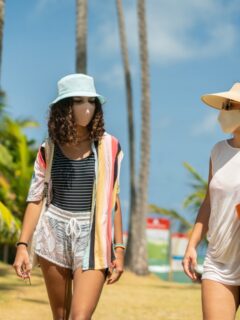 Next
U.S. Issues Level 4 'Do Not Travel' Advisory For The Dominican Republic
Click here to cancel reply.

No documents are checked

Great news! Too bad we had to move our trip to June