U.S. Issues Level 4 ‘Do Not Travel’ Advisory For The Dominican Republic

Extremely popular among Americans, particularly at a time when other sunny destinations like Maui opt for stricter protocols, the Dominican Republic (DR) has been singled out by the U.S. Department of State as an extremely high-risk destination for Covid.

According to their website, the DR is currently defined as a “Level 4” country, meaning Americans should refrain from visiting for non-necessary purposes, including tourism. Besides health issues brought about by Covid, heightened crime levels are also mentioned.

What Is The Advice For Americans Visiting The Dominican Republic?

Earlier this week, the Centers for Disease Control and Prevention (CDC) issued a Level 4 warning for the Dominican Republic, mostly due to the recent spike in Omicron cases observed across the Caribbean.

It means that, while Americans are still technically allowed to fly to Punta Cana or Santo Domingo for their long-awaited beach getaway, their risks of getting infected with Covid while vacationing anywhere in the country are “very high”.

In spite of greater health risks, the advisory notes those who have been vaccinated with an FDA-authorized vaccine, such as Pfizer or Moderna, are better protected against developing severe symptoms when compared to the unvaccinated.

Aside from the deteriorating health situation in the DR, which joins an increasing number of Caribbean hotspots on the CDC’s Level 4 listing, the Department of State also draws attention to crime rates.

As stated on the Dominican Republic Travel Advisory, violent crime is a cause of concern for U.S. passport holders, with levels of armed robbery, homicide, and sexual assault being reportedly higher than other Caribbean destinations.

For that reason, Americans should exercise “increased caution” when visiting the Dominican Republic.

Recently, the Quintana Roo state in Mexico has also been struggling to drive down crime rates, especially in places such as Cancun and Playa del Carmen, following a string of executions and gang-related activities in the area.

When traveling to the Dominican Republic, U.S. citizens are advised to follow the U.S. Embassy’s web page for updates, be aware of their surroundings, not physically resist to robbery attempts, and avoid displaying signs of wealth, such as expensive jewelry wearing.

While not included in the advisory and not a requirement for visitors to the DR, we also advise our readers to take out Covid insurance before flying, as no travel is risk-free while Omicron is yet to be controlled.

Foreign Minister Insists Crime Is Not Behind The Travel Warning

Despite the Level 4 warning, which emphasizes security concerns for travelers in the DR, Foreign Minister Roberto Álvarez has said the travel advisory “is not due to citizen insecurity but rather the prevalence of the Omicron variant”.

As he pointed out, several nations are also dealing with the variant, with Mexico itself edging closer to placing resort-packed Cancun on highest “Red Level” alert, and several European countries requiring booster shots of American and Canadian tourists starting February 1.

As claimed by Álvarez, the review on travel risks was made based on Omicron trends alone, with a series of countries also being reclassified “because of that issue”. He sought to reassure Americans, who are some of the nation’s most frequent visitors, that the Level 4 alert is not a result of any particular violent incident.

Additionally, he stated the change would not affect tourism, highlighting the high level of security in the country and the population’s vaccination levels. Corroborating the affirmations, the U.S. Department of State also reports the development of a “professional tourist police corps” and the institution of a 911 system across the Dominican Republic.

As included in the advisory, resort areas tend to be better policed, while crime tends to be higher in large urban centers like Santo Domingo. On the other hand, the country struggles with a “wide availability of weapons“, besides the commercialization of illicit drugs, and a “weak criminal justice system”.

Unfazed by the stark travel warnings issued by the United States, the Dominican Republic is already set to open four new destinations in the near future, as well as teaming up with Costa Rica and Panama in launching a new tourism route that will benefit American tourists.

What Are The Rules For Visiting The Dominican Republic From The U.S.?

Presently, U.S. passport holders can travel to the Dominican Republic without proof of a vaccination record and pre-departure testing, although they may still be selected for random tests when landing.

Those who are able to produce a vaccination card, or who hold a negative PCR taken within 72 hours of traveling are exempt from any surprise testing.

There may be additional requirements when flying to the DR from other departure points, such as select states in Brazil and a few nations in Europe, including the United Kingdom, Ireland and Sweden. More information is available here. 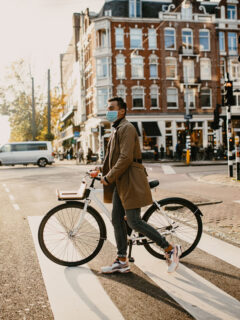 Previous
Netherlands To Remove Quarantine Requirement For Travelers With Boosters 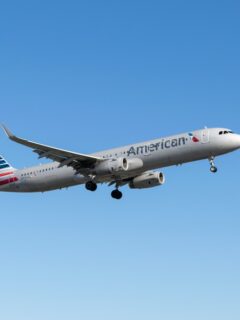 I'm interested in traveling around and i love to listening to the news around the traveling matters, thanks