Travelers looking to explore the bustling city of Oslo, or the beautiful fjords of coastal Norway, will now have another option to reach this beautiful Scandinavian country this coming summer.

Norse Atlantic Airways Chief Executive Bjorn Tore Larsen stated, “We are thrilled by the approval of the USDOT of our affordable transatlantic flights. This significant milestone brings Norse one step closer to launching affordable and more environmentally friendly service to customers traveling between Europe and the United States.”

Norse Atlantic Airways plans to operate a fleet of fifteen Boeing 787 Dreamliners between Europe and North America. These Dreamliners will feature only two classes of service — premium and economy. Neither class, unfortunately, offers the option of a lie-flat seat — so travelers should take note, especially if they are looking to catch some shuteye on a long overnight flight. Though, for the extra money, the premium class experience may be worth it. Passengers are given slightly larger seats than economy, complimentary food and beverage on board, as well as an extra bag allowed upon check-in.

This new low-cost airline is expected to take over transatlantic routes, which were previously operated by Norwegian Air Shuttle. As of early 2021, Norwegian Air has exited their long-haul market due to financial struggles during the COVID-19 pandemic. The airline currently still operates short-haul flights between Nordic countries and Europe.

Norse Atlantic Airways has also already announced plans to expand operations in Europe, with London and Paris already being mentioned as future destinations. As of print date, flights are still unavailable to be booked on their website, but the Norse Atlantic Airways Chief Executive recently announced, booking will become available three months out from the first scheduled flight.

Other Options For Direct Flights To Norway

Norse Atlantic Airways is not the only option for travelers looking to fly direct from the U.S. to Norway —  Scandinavian Airlines or SAS, currently offers flights from Miami direct to Oslo. This flight operates seasonally and will continue until April 2022, with flights departing on Sunday and Thursday throughout the week. SAS also flies a direct route from Newark Liberty International Airport to Oslo year round, offering one flight option a day.

This past October, United Airlines also announced the introduction of a brand new route from Newark to Bergen, Norway. This flight is the first of its kind to offer travelers a chance to explore the Norwegian coastal city known for its colorful houses and breathtaking views of the surrounding mountains. This seasonal route is set to begin in May 2022 with scheduled flights occurring on Monday, Wednesday, and Friday until the month of September.

With many increasing flight options, Norway is looking to be an attractive and appealing destination for many American tourists in the near future. 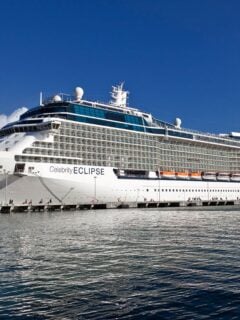 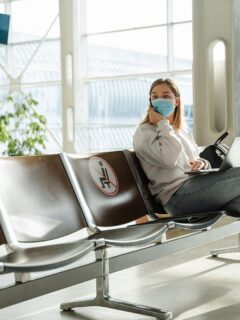 Next
Canadians To Face New Travel Restrictions For Entry Into The EU
Click here to cancel reply.