The Indonesian government is currently exploring reopening Bali to international visitors as the number of Covid-19 cases continue to drop on the island. Plans to reopen Bali’s borders for tourists will include deportations for those that purposely violate health protocols under a new program called ‘Penalty for Health Protocol’.

In order for Bali to reopen for international visitors, the Coordinating Minister of Maritime Affairs and Investment, Luhut Binsar Pandjaitan said the government must establish new regulations regarding travel first.

“The number of cases in Bali in the last few weeks has shown a decline due to the implementation of safety protocols at city and village levels,” explained Luhut Binsar Pandjaitan.  “There will be a new regulation called Penalty for Health Protocol. This policy will control the implementation of prevention protocols in tourism areas and penalize violators by giving them warnings, fines and deportation if necessary,” Luhut added.

From US $100 Fines To Deportation For Not Wearing A Mask

At a meeting in Bali on Wednesday, February 24, government officials and authorities discussed how health prevention protocols will be enforced moving forward. The meeting came after multiple videos of travelers and expats in Bali went viral showing foreign nationals refusing to follow mask protocols and even mocking Bali officers.

While the fine of 100,000 IDR (USD $7.00) is a strict penalty for Bali locals, expats have been taking advantage of the lower priced penalties.

Bali Vice Governor, Tjokorda Oka Artha Ardhana (Cok Ace) stated that most of the health protocol violations are expats and that the rules will need to change especially as the borders reopen.

The Deputy of Tourism and Creative Economic, Odo R.M. Manuhutu proposed a plan to raise the fine for foreigners to 1 million IDR (USD $70.00) for a first time offence and severe penalties including deportation for those purposely violating protocols such as refusing to wear a mask.

“We will deport those who ignore the second warning from officers and to those who confront the officer while getting warned,” said Odo R.M. Manuhutu who attended the meeting and also proposed to raise the penalty for travelers and expats. “I personally propose to raise the penalty from IDR 100,000 to IDR 1 million for expats to give a deterrent effect,” Manuhutu concluded.

The Badung Regency Government which is home to the popular Bali tourist hotspots of Kuta, Seminyak and Canggu is proposing the central government open international tourism to vaccinated individuals. Badung officials suggest vaccine-based tourism will be able to bring foreign tourists back to the island. They also plan to install COVID-19 screening tools in public facilities, including tourist spots in Badung, while offering airport testing upon arrival.

Bali had originally planned to reopen its borders to international tourists on September 11th of last year but that plan was delayed indefinitely by the Indonesian government after cases of Covid-19 continued to spike. No official announcements have been made on when Bali will reopen its borders but plans continue to be set in motion as the island begins its vaccination program.

Tope 10 Destinations During The Pandemic 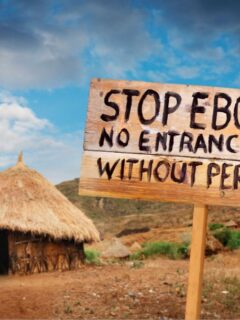 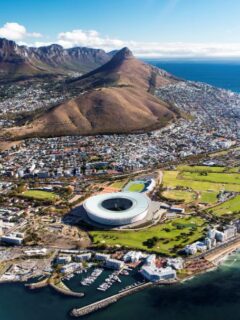 Next
South Africa Reduces Lockdown and Is Open For Tourism
Click here to cancel reply.

Foreign tourists, long term residents or locals from other parts of the country with a “Neanderthal thinking” need to rethink their motives to visit or live in Bali. The fine may be peanuts but the consequences for spreading the virus may be deadly.

Just because you look healthy you may also be a carrier of the virus. So mask up and do yourself a favor to live responsibly and practice social distancing. Is it too much to ask...