The airline will call the new fare category “Wanna Get Away Plus.” It will sit above the “Wanna Get Away” fares, and it will go on sale in the second quarter.

The Details Of The New Fare Class

The “Wanna Get Away Plus” fares will allow travelers to make same-day changes to their tickets without paying the difference in fares that the lowest tier demands. Customers who select the new fare class—or classes above the fare class—will earn 33% more frequent flyer miles than the lowest tier.

Passengers can transfer flight credits to another RapidRewards member, a new feature for the airline.

Passengers also have the option to check two bags for free.

The new fare class is the latest effort by the airline to boost revenue after two years of the COVID-19 pandemic. The airline hopes it will help to bring back pre-pandemic passenger levels to Southwest Airlines.

Southwest Airlines hinted at the fresh changes before Christmas, but they didn’t give any details. The new fare class is among various moves—including a brand new credit card deal with Chase Bank—that the Texas-based airline hopes will boost revenue by over $1 billion to $1.5 billion next year.

However, executives refused to comment on how much more “Wanna Get Away Plus” seats will cost compared to their cheaper alternative. But they said it would vary by flight.

In recent years, various airlines—such as Delta, JetBlue, and United Airlines—have rolled out no-frills basic economy tickets. These tickets don’t include perks that were once free, such as advanced seat selection.

The Current State Of U.S. Airlines

Air travel demand—especially for domestic travel in the United States—and growing fuel prices from the increasing energy crisis have already pushed up fares. Unfortunately, airfares in the Department of Labor’s inflation index rose 12.7% last month from a year ago. However, the overall consumer price index rose 7.9%.

In February, bookings by both number and value on U.S. airline websites surpassed pre-pandemic levels for the first time. As a result, many of the cheap flight deals during the COVID-19 pandemic are over.

The Current Travel Rules In the U.S. Airlines

Although U.S air travel is coming back to pre-pandemic levels, airlines haven’t removed all COVID-19 restrictions. There’s still a mask mandate on all U.S. airlines until at least April 18, 2022.

However, in a letter sent to U.S. President Joe Biden on Wednesday, leaders of various major U.S. airlines demanded the government end the mask mandate along with the testing requirement for all incoming travelers to take a COVID-19 test within 24 hours of departure.

The airlines wrote: “At the outset, we voluntarily implemented policies and procedures — mandating face coverings; requiring passenger health acknowledgments and contact tracing information; and enhancing cleaning protocols – to form a multi-layered approach to mitigate risk and prioritize the wellbeing of passengers and employees,”

“However, much has changed since these measures were imposed and they no longer make sense in the current public health context.”

The airlines hope the U.S. will end the mask mandate in April and U.S. air travel will return to full normality. 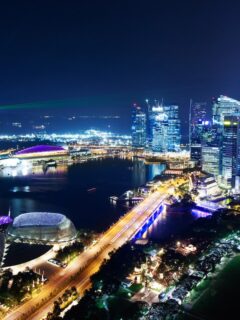 Previous
Singapore Reopens To All Countries With Easy Entry Requirements 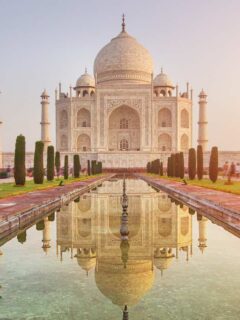