The Netherlands Drops All Entry Requirements And Travel Restrictions

Effective September 17th, 2022, the Dutch Government has made the decision to get rid of all Covid-19 travel restrictions and requirements. This decision applies to all travelers, including those traveling into the Netherlands from outside the EU/Schengen area. The Netherlands kept their Covid protocols for travelers in place much longer than the majority of European countries. However, as of September 17th, the country has officially taken its name off the list of the last European countries that still have entry requirements.

Currently, Spain is the last major European country with entry requirements still in place. As other long-time holdouts like the Netherlands drop their final remaining protocols, perhaps Spain will soon follow.

Who Is Most Affected? What Does This Mean For Travelers?

September 17th’s decision means that unvaccinated travelers from all countries, including Americans and Canadians, will be able to enter the Netherlands without proof of vaccination or evidence of a negative Covid test. The country does not have any mask requirements in place, and all venues are open and operating normally. Traveling to the Netherlands now will offer an experience much like before the pandemic turned the world upside down.

Travel Chaos, Know Before You Go

This news will likely pique travelers’ interest, and some may be ready to book their next ticket out. Most travelers who visit the Netherlands go to the nation’s capital, Amsterdam. Indeed, the city was ranked as the 26th most popular city in the world in 2019 when it welcomed 8.84 million tourists. Many people wanted to visit Amsterdam this summer even when the vaccine requirement was still in place. Unfortunately, the city’s airport was woefully underprepared. As a result, Amsterdam was the European capital of travel chaos this summer.

Amsterdam’s Schiphol Airport had a rough summer, and it doesn’t look like it will get much better for travelers interested in visiting this fall. The airport announced on Friday, September 16th, that it would reduce daily passenger counts by 18% through the end of October due to its labor shortage. The airport is one of the busiest in the world and is a significant transfer hub for many major airlines. However, the country recently made the decision to cut flights by almost 20% compared to pre-pandemic levels in an effort to combat climate change and get away from its “transfer hub” reputation.

Amsterdam is a city filled with beautiful canals, 16th-century architecture, and of course – bikes. There are plenty of different things to do. Still, for many, the first thought after hearing about Amsterdam is of Marijuana. Famed for its lax rules regarding cannabis consumption well before most other countries in the world, Amsterdam has long been regarded as a haven for cannabis enthusiasts. Indeed, as much as 30% of all tourists that visit Amsterdam visit one of its coffee shops with the sole intention of purchasing cannabis, and it’s big business for the area.

That is why a recent push by the city’s Mayor may come as a surprise. The Mayor, Femke Halsema, intends to make cannabis purchases in the city a residents-only privilege. The plan has yet to be implemented. Still, travelers visiting with cannabis as one of their main reasons should keep an eye on the news to ensure they remain unaffected. This isn’t a set-in-stone change but is something being seriously considered – making it worth keeping tabs on.

American travelers interested in visiting Amsterdam can fly direct from 20 U.S. cities, while Canadians can fly direct from 5. Travelers from both countries should be weary when flying back, as Amsterdam’s Schiphol Airport has had extremely long lines this summer. Go to the airport much earlier than you would have in the past, and try to avoid checking a bag if possible.

Travelers flying to Amsterdam from Canada should be extra careful if they fly out of Toronto Pearson or Montreal Trudeau airports. Both were recently ranked as the first and second worst airports in the world for flight delays. 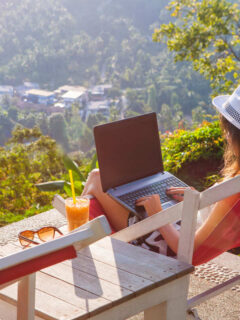 Previous
The Top 5 Most Affordable Digital Nomad Destinations In The U.S. 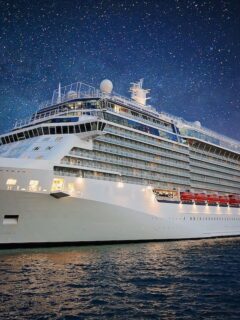 Next
Top 5 Most Popular Cruise Lines According To CruiseCompete
Click here to cancel reply.

Spain has dropped the spth application.

in NL right now. Arrived yesterday at Schiphol from Greece. No issues at airport...though saw signs of baggage coming out a little more slowly due to staff shortage. Slight delay perhaps...but no issues otherwise. Traveling via super efficient public transportation easily makes up for any delay.

Nice to see the unvax thing drop...though not affected as flew from EU.

I'm completely confused by countries that still mandate vaccinations for international travel. I had my second dose 14 months ago and am deemed vaccinated for travel but most people I know who aren't vaccinated have had Covid in the last 6 months and most likely have better immunisation levels than me. Almost 70% of US are fully vaccinated and about 70% of US have had covid - meaning around 70% of the 30% that are unvaccinated have probably had covid and have some immunity anyway. Really hope these last barriers to international travel for some are removed soon.

@Ron, deadly for the obese and elderly. Covid never posed any threat to those under retirement ago or the fat.

Remember when travel bans were racist? It wasn't that long ago.

@Chuffy, You wouldn’t have wanted to get COVID in the first six months that it arrived, it was deadly..

The Netherlands finally realized the being vaccinated was the same as being unvaccinated. The vaccines never stopped covid, but the vaccines did kill and injure thousands.

@Dondonsurplage, indeed! And as an unvaxxed Dutch guy, I hope the USA finally does the same thing soon so I can visit again.

That's because the Covid narrative is crumbling like a house of cards -- and rightly so.