While in-flight Wi-Fi has traditionally been the exception rather than the rule, customer demand for better and more accessible coverage on board has recently spurred a wave of change in the aviation industry.

After all, being offline for the best part of an 8-hour flight due to crippling fees when internet access is key for work and communication is no longer acceptable.

Since JetBlue scrapped their in-flight Wi-Fi fees, all the way back in 2017, competing airlines have begun to steadily lower its cost. With competitivity having massively increased and Wi-Fi become an essential part of flying, this service, which had generally been considerably expensive and sometimes even unavailable, is bound to reach more and more customers.

Competitors are yet to take the bold step of making Wi-Fi free like JetBlue did, but many have picked up on the trend and started reducing fees dramatically in recent weeks.

Here you will find 5 airlines that have already axed high Wi-Fi fees on board and how much you can expect to pay for the service:

Southwest Airlines was a trailblazer in offering cheaper in-flight Wi-Fi for only US$8 all day, allowing customers to stay connected throughout their trips across different flight routes. As for those who only need access to iMessage or WhatsApp while flying, and do not wish to pay any fees for internet usage, they get messaging for free.

On the entertainment front, they also offer movies and live and on-demand TV through their Inflight Entertainment Portal, which can be accessed on personal devices such as cellphones and tablets. When it comes to internet speed and coverage, Southwest blocks access to certain features and websites in order to provide a better ‘public environment’ onboard.

Streaming platforms such as Netflix, HBO Max, as well as popular online meeting apps like Zoom and Microsoft Teams, as well as other high-bandwidth applications are blocked. Online content that Southwest deems ‘potentially offensive’ is also blocked, though its nature is not specified on their website. In summary, access to these apps is generally not available either for free, or when paying the US$8 fee.

Recently, Southwest also launched a new fare class offering customers several benefits, both during the booking process and during flights.

Following Southwest’s move, Delta is also offering even more affordable Wi-Fi options, charging customers only U$5 for the whole duration of their flight, from ‘plane pushback to park’. The rate is only available on Viasat-equipped jets, which include all A321ceo aircrafts, and select 737-800, 737-900, and 757-200.

In total, Viasat features on roughly 50% of domestic flights, with more than 300 aircrafts offering the service.

As Viasat and Delta deepen their cooperation, customers can expect more aircraft to have high-speed and incredibly affordable internet service available. According to Delta, Viasat’s current connectivity speeds are now ‘up to twice as fast’ compared to 2019, offering passengers a smoother online experience on board.

As for accessing the service itself, purchasing has never been easier, with domestic travelers able to buy their daily five-dollar Wi-Fi Pass through the Delta Portal Platform. Unlike Southwest, Delta has aimed to offer streaming capable speeds on over 250 routes, meaning apps such as Netflix or Amazon Prime do not face blockage.

Similar to Southwest and Delta, United has also reduced its Wi-Fi rate by a whopping 42% some months ago, now charging a new U$10 standard fee on domestic flights, and an even lower U$8 on certain domestic routes.

While intra-U.S. routes are covered, pricing still varies on international flights and may be much higher. MileagePlus members are also able to get a two-dollar discount when flying anywhere domestic.

Those with spare MileagePlus miles can also use them to purchase Wi-Fi on all ‘mainline aircrafts’, though this option is not available on Gogo-equipped aircraft. All in all, domestic travelers have a myriad of payment options and subscription plans to choose from, especially if they are regular United customers and would benefit from being able to continue accessing high-speed internet while flying.

On the other hand, international coverage is still in the early stages of being strengthened, though it is already available on all Airbus 319/320 aircraft, Boeing 767s, 777s, 787s, and some 757s. Comparatively, most Boeing 737 jets do not offer the service, though the Boeing 737 MAX 9, and select Airbus A319, 737-900, and 757-200 aircrafts flying over North and Central America are equipped with Viasat internet.

Fourth on the list, Alaska Airlines has been the latest to drop its price down to $8 in order to match the competition. Announcing the change this week, the airline now states their ‘streaming-fast satellite Wi-Fi’ is available on most flights, and ‘staying connected is easy’. It is worth noting certain 737-9 MAX and all Q400 aircraft do not yet have internet available.

Barring a few exceptions, 79% of Alaska Airline’s fleet is currently equipped with satellite Wi-Fi, allowing passengers to ‘stream, browse and chat on board’ like they are used to on the ground, though Alaska Airlines does concede there may be ‘brief interruptions’.

Still, their internet strength will be enough for customers to binge their favorite shows on Netflix, Prime, browse on YouTube, or any other major streaming platform.

The company also affirms it has ‘more coverage than ever’, with high-speed internet available ‘virtually everywhere’ they fly, including on routes to Anchorage, Orlando, Kona, Milwaukee, and Mazatlán in Mexico. Connecting is also super easy, and customers are able to pick whether they only need free texting, entertainment, or the full eight-dollar internet pass.

Spirit Airlines is the last entry on this list, offering customers very affordable fast Wi-Fi on most domestic routes. While prices may vary depending on the route and flight duration, it stands at an average US$6.50, though it may be as cheap as US$3 only.

This makes Spirit one of the airlines offering some of the most affordable, high-quality internet in the market.

Spirit expects Wi-Fi to be available on 100% of their fleet when the project is completed, and should JetBlue’s bid for Spirit prove successful, the service could even be made free in the mold of JetBlue itself. Ahead of any merger plans, Spirit already offers stream-friendly internet to customers purchasing streaming packages on most U.S. flights.

While some aircrafts may not provide the service yet, passengers will be notified of the internet’s availability during pre-flight announcements. They can also look for Wi-Fi symbols when boarding planes, or specifically select aircrafts providing internet when booking flights through Spirit’s official website.

As new flight routes are added by the hour and people feel confident again about traveling, staying connected during journeys becomes imperative, especially for those who cannot afford to be completely cut off from the rest of the world during flights. Luckily, as it seems, Wi-Fi on-board is set to become a mandatory feature on all aircraft.

As the world reopens for travel and demand for international travel increases, we expect more airlines to lower their Wi-Fi fees. When accessing Wi-Fi on board, passengers are advised to check what services are included on available packages to best assess which one best caters to their specific needs.

Need Cheap Internet While Traveling? Use This TravelWifi Hotspot 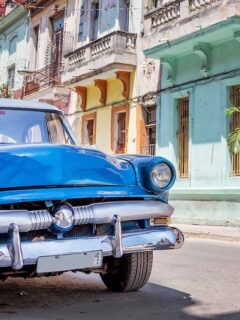 Previous
Cuba Drops All Entry Requirements, Except For One That Might Stop You From Visiting 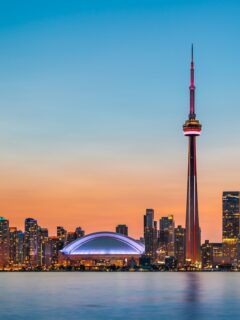 "After all, being offline for the best part of an 8-hour flight due to crippling fees when internet access is key for work and communication is no longer acceptable."

Says who. The prospect of a long international flight where I do not get interrupted and can get some real work done is wonderful.

So glad US carriers will not allow voice calling too.