These Are The Top 4 Trendiest Destinations In The U.S. For 2023

Demand for international travel is at an all-time high now that borders have reopened, but it doesn’t mean the internal market in the U.S. is receding in response. America is a continent-sized country packed with natural wonders and world-class cities, and domestic trips remain the preferred option for millions of its citizens.

Over 60% of Americans travel domestically at least once a year. From the Anglo-Saxon outposts on the East Coast, to the bustling metropolises of California out West, there are several gems in between ready to be discovered, and some even rival Europe’s architectural grandeur, or are warm year-round, like Mexico.

With this in mind, we bring you the 4 trendiest destinations in the U.S. for 2023, based not only on numbers or booking data, but most importantly, their tourist offer:

Home to one of America’s largest Hispanic populations, the Floridian hub is famous for its Latin neighborhoods, a skyscraper-dotted skyline, luxurious shopping centers, modern promenades lined with high-end hotels, and a pristine Atlantic coastline with clear waters that are perfect for swimming in every season, due to the fantastic weather.

Vacationers can expect an average of 23 degrees Celsius in Miami in January, usually the coldest month, and lows of only 17. Although it is highly sought-after by sunshine-loving Instagrammers and beach bums, to reduce it to a beach retreat would be a crude mistake. Owing it to the strong influence of Latin culture, Miami is an incredible foodie destination.

Strolling the lively streets, you will find a blend of Mexican, Cuban and Puerto Rican eateries, with the family-owned El Mago de las Fritas ranking at number one on TripAdvisor. According to locals, they serve the best fries and Curban burgers in town. For further inspiration, you should check these 11 other local restaurants with Michelin stars.

The home of Disney World and some of the world’s most popular theme parks, Orlando is the number one destination in Florida and the state’s capital of entertainment. While the city itself is often overlooked, struggling to make its mark due to a historical association with the Disney and Universal brands, it actually has a lot going for it.

The average park-hopper may not be entirely aware, but other than thrilling rides and the magic of Harry Potter, Orlando offers scenic public parks, such as Lake Eola Park, where visitors can go on swan boats, numerous contemporary art museums, nature reserves and of course, shopping centers and nightclubs galore.

It is also enjoying a popularity surge, being one of America’s most sought-after city breaks in the post-pandemic scene. Back in July, we had reported that the state of Florida had already hosted over 36 million guests in 2022, with 95% of them arriving from other U.S. states. Naturally, a great deal of them would be landing in Orlando in search of the Happiest Place on Earth.

After recording a record number of arrivals last summer, Las Vegas is set to extend its dominance into 2023, as the allure of Sin City, whose towering resorts and tourist complexes rise like a mirage out the Mojave barrenness, continues to draw tourists. Whether you’re looking to splurge on an all-inclusive holiday, or simply have a cracking time, Vegas is the place to be.

Additionally, getting to Vegas has never been easier – or cheaper: low-cost carrier Breeze has launched a total of eight new flight routes to Harry Reid International from other smaller U.S. cities, such as White Plains, in the state of New York, and Jacksonville, in Florida. One-way, Economy fare tickets start at only $100.

The Queen of all U.S. cities, New York continues to awe newcomers and returnees alike with its blinding lights, Bohemian atmosphere and cultural legacy. This year, it has recovered 85% of its pre-pandemic arrivals, even though its growth is still curtailed by the U.S. Government’s decision to retain Covid checks at the border.

Luckily for U.S. citizens, New York is open to them without restrictions, and it makes for the perfect weekend getaway, ‘full of small businesses and small experiences across the five boroughs to explore‘, as reiterated by NYC & Company CEO Fred Dixon. Without a question, NYC is worth going over budget for.

Domestic tourists make up a large majority of those fulfilling stays: so far, 47.5 million were registered, against only 9 million from abroad. The overall figure, 56.5 million tourists, makes Manhattan a global leader in tourism, overshadowing entire countries and placing it at the forefront of U.S. tourism for the upcoming year. 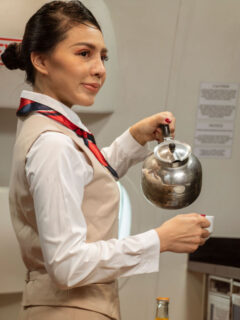 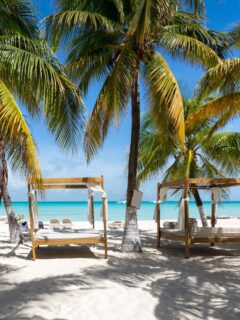