A recent study has revealed which airlines and airports in the US are more like to have delays and cancellations, and which are most likely to see your flight leave on time. There are few worse feelings you can have as a traveler than turning up to an airport, only to see your flight is leaving a few hours later than expected – or that it isn’t leaving at all. This study will help travelers make informed decisions about which airlines and airports to go with if they want their trip to get off without a hitch.

Flight cancellations and delays have been in the news more often than not of late, due to the pandemic having a huge toll on the industry. A mixture of bad weather and staffing problems have all contributed to thousands of flights being cancelled – with some airlines worse affected than others. Here’s a look at what the study tells us about which airlines and airports are the worst affected, and which ones have been coping the best.

The study into which airports and airlines host the most cancelled and delayed flights was carried out by the website The Family Vacation Guide, which compiled information from the Bureau of Transportation Statistics’s (BTS) ‘Airline On-Time Statistics and Delay Causes‘ data. The data used was obtained between the dates of July 2019 and July 2021, meaning it includes well over a year of data from the pandemic.

The data showed that some airports are far more likely to have flights delayed than others. The worst-affected airport in the US was Newark Liberty International, in New Jersey. Almost 1 in 4 flights arriving at the airport were found to be delayed, with just 75.71% of flights arriving on time. Also making the top five was New York’s LaGuardia, Dallas/Fort Worth in Texas, and both Fort Lauderdale-Hollywood International and Palm Beach International in Florida.

In terms of airlines, there are some very familiar names amongst the most-delayed. Taking the top spot is Allegiant Air; the study found that a staggering 27.31% of its flights were late or cancelled, with just 72.69% leaving on time. Also making the top 5 were JetBlue, Frontier Airlines, Envoy Air and United. Other major airlines, such as American and Delta, found themselves at the 6th and 12th positions respectively.

Whilst the figures may be high, there are several reasons for the recent trend of mass cancellations. The pandemic has left many airlines with staffing issues, who in turn struggle to have enough staff and reserves to step in when problems arise. That means that innocuous incidents that were once easily dealt with become major concerns, as we saw with American Airlines over the weekend.

Thankfully, airlines have been working hard at filling their vacant positions, meaning that fewer flights should face delays and cancellations as the Covid-19 situation improves and staff level rise to their pre-pandemic figures once more. 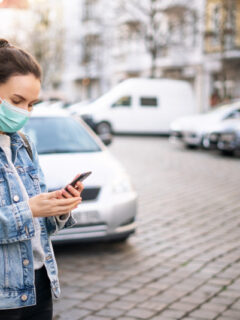 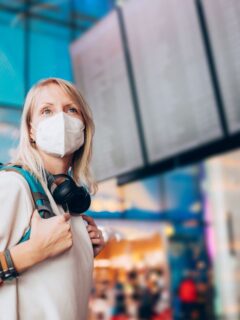 Next
What Travelers Will Need To Enter The United States Beginning November 8
Click here to cancel reply.