United Will End All Flights To These 3 U.S. Cities

Services will will cease at all three airports by January 3rd, 2022

United Airlines has confirmed it intends to cease all operations in three U.S cities. The move is the latest in a number of COVID related route reshuffles from the major carrier.

The Chicago run airline will discontinue services in Twin Falls, Idaho on November 30th, 2021. Pierre and Watertown, both in South Dakota, will have their own services ended on January 3rd, 2022.

Until March 2021, United received a government subsidy for running services through both Pierre and Watertown. Both airports were classified as Essential Air Service markets (EAS). EAS was a program created to protect smaller market airports after the deregulation of the airline industry.

United received millions in subsidies from the Department of Transport for running flights through the two cities under the program. However, earlier this year, the contract ended and bidding was reopened. The airline continued to run flights in the airports beyond its contract end date, despite no longer receiving the subsidies.

Key Lime Air Service, flying under Denver Air Connection, was successful in its bid to take over the contract, setting its required subsidy over $7 million less than United’s Skywest line over a two year period.

Many reports from the area suggested locals were unhappy with the DOT’s decision. Watertown and Pierre residents and local officials launched an unsuccessful appeal with the department, hoping to reopen the bidding process.

U.S Representative Dusty Johnson voiced his disapproval at the decision, stating “SkyWest has been a staple in the community, and it’s disappointing DOT will not reconsider Skywest’s bid after many requests from the delegation and the state. I hope Key Lime will rise to the level of service Pierre and Watertown deserve.”

Meanwhile, United only began its Twin Falls to Denver service six months ago. The service, like Pierre and Watertown, was run under United Express/SkyWest and despite the airport stating that passenger numbers were strong, the decision was made to cut the daily flights.

Twin Falls received a $900 thousand grant under the Small Community Air Service Program, to help fund the route, with a further $150 thousand raised by the city, county, and local businesses.

With the removal of the service, by December there will only be one flight a day from Twin Falls – a Skywest Delta flight to Salt Lake City. Skywest are showing interest in further routes from the airport, but these would not appear until at least mid 2022.

United’s decision to pull flights from small domestic destinations is a stark contrast to some of its more recent additions. Just weeks ago, the carrier announced new international flights to five destinations unique to American Airlines.

The airline is lining up for what should be the biggest travel season since the worldwide pandemic crippled the airline industry in 2020. With thousands of flights booked, and plenty of countries opening up for vaccinated tourists, the outlook is much more positive going forward. 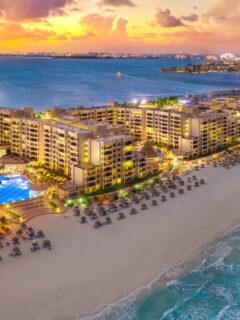 Previous
The 8 Most Exclusive Beaches in Mexico You Must Visit 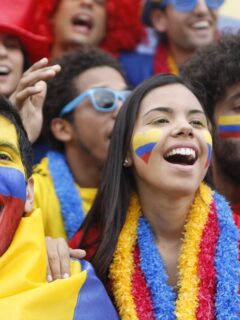