Tabasco has many exciting places, which include the coast, archaeological sites, and natural landscapes, perfect for enjoying your vacation in this paradisiacal state. Located in the Southeast of Mexico, here are five reasons why travelers should visit Tabasco.

This open-air park museum in Villahermosa, the capital city of Tabasco, houses one of the most important artistic samples of the Olmec culture. This civilization settled in Mexico in the current states of Veracruz and Tabasco. Its colossal stone heads distinguished Olmec sculptural art up to 10 tons in weight and 10 feet high, representing one of the greatest examples of pre-Hispanic monumental sculpture.

The collection was rescued from the archaeological site of La Venta, in the town of Huimanguillo, a swampy region between Tabasco and Veracruz, 9 miles from the coast of the Gulf of Mexico. Huimanguillo was the main urban and ceremonial center of the Olmec culture, living its time of splendor between 900 and 400 BC. Other works of Olmec art the park exhibits are stone altars carved with great mastery and sculptures such as Monkey Looking at the Sky, Jaguar Head, Jaguar Mosaic, The Grandmother, Old Man’s Head, and Humanized Jaguar. The main attraction is three colossal heads of defined aesthetic features.

This protected area and Biosphere Reserve is almost 304 thousand hectares, making it the largest wetland in North America and one of the 15 most important in the world. The swamps are located between the Tabasco towns of Centla, Macuspana, and Jonuta and part of the state of Campeche; they comprise the estuaries of the Usumacinta and Grijalva rivers, the largest in Mexico. There are boat tours that you can board at the Tabasquillo pier, where you go and explore the mangroves and admire many animals in their natural habitat.

The Uyotot-Ja’ (Water House) Interpretation Center explains the protected area’s ecological, social, and economic value. There are more than 560 species of plants, while the main animal species are birds, of which the royal duck, the osprey, and the peregrine falcon stand out. Be sure to try the pejelagarto, the iconic fish of Tabasco.

This Mayan site in the town of Comalcalco is 37 miles from Villahermosa. Its Mayan name is Joy Chan, which means Sky Surrounded. Its ruins are a cemetery of the classical period made with bricks and stucco from oyster shells. The lack of stone sources forced the Mayans to build with bricks, which is the main distinctive feature of the site.

The settlement has 72 hectares of surface, and the buildings were decorated with stucco models painted red, yellow, green, and black, which made the bricks invisible. Among its ensembles stands out the Great Acropolis, religious and possibly civil buildings arranged on several levels. Inside, the Palace is a rectangular building with more than 2,000 square feet and 30 feet high.

The cemetery, with 116 burials, was discovered in 2011 and is the first of the Mayan culture to be found. The bodies of the deceased, buried more than a thousand years ago, were placed in 2 areas, one central and one peripheral—the first for the elite and the second for companions.

This Natural life reserve of 101 hectares is located in Villahermosa. It has 250 species of flora and 950 specimens of fauna distributed in different habitats. The word Yumká means “goblin who takes care of the jungle and the animals.” The Jungle area is the largest of the land habitats. It has a half a mile long trail and a suspension bridge to spot animals such as jaguars, tapirs, macaws, and manatees.

The Sabana area is the richest in species with zebras, antelopes, giraffes, elephants, ostriches, rhinos, and ferrets. The lagoon is 42 hectares long and is home to crocodiles, manatees, and river hippos. Snakes are found in showcases, while aviary birds live in a space similar to their wild habitat. There are herons, macaws, parrots, toucans, cockatoos, and parrots, among others.

The capital city of Villahermosa was founded in 1564 by Diego de Quijada under the name of Villa Carmona. The town’s name changed in 1826 to San Juan Bautista de Tabasco, and in 1916 it adopted the definitive and still valid one. The historic center covers the neighborhoods of Santa Cruz to the north, to the south, La Concepción, and to the west, Esquipulas. The old town is known as the Zone of Light.

Villahermosa was ravaged by English pirates, civil wars, foreign interventions (the United States and France), and countless raids. These processes and the demolition of historic buildings to erect modern buildings contributed to their deterioration. The best-preserved buildings in the historic center are those located in the old center of the city. Visit the Plaza de Armas, the Government Palace, the Casa de los Azulejos, the building of the National Bank of Mexico, the House of Culture, and the State Sanatorium. The Cathedral of the Lord of Tabasco is located at the western end of the Esquipulas neighborhood.

Tabasco is a city you must visit at least once; its rich culture, traditions, natural beauty, and magical landscapes will surely enchant you. 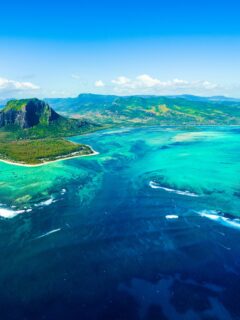 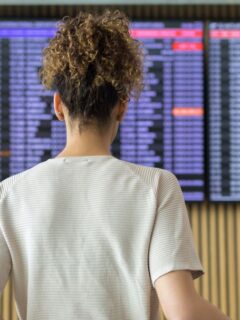