A bill that was recently introduced to the US Senate could lead to travelers requiring proof of vaccination against Covid-19 in order to be able to travel on domestic air journeys. The bill, which was introduced on Wednesday as the U.S. Air Travel Public Safety Act, would see the requirements for domestic air travel in the US become more closely aligned with the requirements needed to travel internationally if it becomes law.

The pandemic has changed travel in several ways and, whilst needing to be vaccinated in order to travel domestically may seem a step too far for some travelers, many people at the start of the pandemic would have also thought the same about needing to wear a mask whilst on board an airplane. Here’s a closer look at the controversial bill, including why it was introduced in the first place and what relevant parties have said about the requirement in the past.

The U.S. Air Travel Public Safety Act was introduced in the Senate this week by Senator Dianne Feinstein, a Democrat from California. The bill would require airlines to make sure that all of the passengers in the US provide either digital or paper documentation that proves they are fully vaccinated against Covid-19, that they have tested negative for the virus or have fully recovered from the virus before they board a domestic flight.

Feinstein cited a previous explosion of cases last holiday season as a motivation for introducing the bill. By bringing domestic policy in line with international policy and only allowing vaccinated and tested travelers to fly, the risk of spreading the virus around the country is greatly reduced. The senator said:

“We know that air travel during the 2020 holiday season contributed to last winter’s devastating Covid-19 surge. We simply cannot allow that to happen again.”

“Vaccination is a critical strategy to end the Covid-19 pandemic, and vaccination requirements in multiple settings are an important mechanism to boost vaccination rates, prevent infections and hospitalizations and save lives.”

The bill also seems to be supported by the general public. According to a recent Harris Poll, a clear majority of Americans (64%) are in favor of the idea of introducing a vaccine passport for domestic flights, whilst another poll found that four in ten unvaccinated Americans would be more likely to get vaccinated if airlines required it – a statistic that could see politicians back the idea.

Other influential figures, such as Dr. Anthony Fauci – the president’s chief medical adviser – have also backed the idea of needing to be vaccinated in order to fly. The US Travel Association is against the idea, stating that “such a policy would have an unfair, negative impact on families with young children who are not yet eligible to get the vaccine.”

Airlines themselves have been on record stating that such a mandate could potentially be bad for business, and so they could lobby against the bill passing into law. Several airlines are also facing the pressure to vaccinate their staff due to the requirement to do so as government contractors. 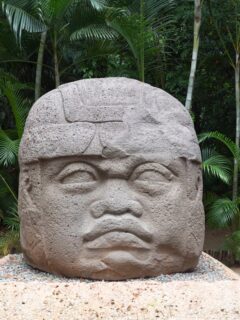 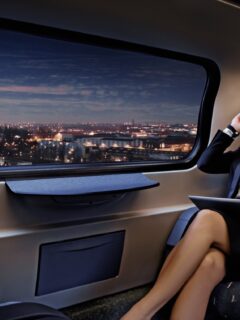 Next
Luxurious Train Travel is Trending in the U.S.
Click here to cancel reply.

Welcome to clown world. Can't wait for the double dosed to be considered unvaxxed without their boosters. Why do the vaccinated ignore top experts like Robert Malone who created MRNA vaccines? Why are 75% of the COVID hospitalizations for 65+ in America vaccinated people? Why did Vietnam, Thailand, and other Asian countries have almost no COVID cases until the "vaccine" rolled out? It's because the vaccine is leaky and they are trying to create an ADE subscription service. It's time for us to look at the science and turn off the TV folks. If America requires vaccines to travel domestically or internationally or for anything, then it is no longer a free country. (They) our in control of the media, pharma companies, banks, CDC etc. It is time for real Americans to reclaim the country.

They live in their own world and really believe that there was an anonymous power of somebody or something who wants to control them. They are not able just to accept scientific facts and create their own alternative facts. They fear they are ending up in a world of censorship and be subject to genocide (!!!) by a vaccine that has been applied to billions of people world wide and been approved and declared safe by all relevant authorities.

I think they are not able to understand what dictatorship and living under a totalitarian system really means - in our free world they still have their freedom to express their thoughts even if they are complete nonsense and bullshit. In other parts of the world they would go to jail for non compliance....so just try to think what unfree really means if you are able to do so!

@Stephan, that is the most ridiculous post I've ever seen. This very bill is Orwellian totalitarianism at it's finest and exactly what power hungry dictators would come up with.

I don't know what world you're living in, but the one I'm in stopped being free a long time ago.

And before you claim that we're still able to express our thoughts - big tech is working on censoring truthful information, including having taken down well over 100,000 Covid vaccine related videos on YouTube that don't tow the official government approved narrative.

Americans may soon be taken away to "re-education camps".

@Stephan, right, the US biggest lawsuit for fraud is by Pfizer. just search "fbi pfizer lawsuit" and see for yourself. 2.2 billion dollars for fraud. 2nd biggest lawsuit, 2.1 billion, J&J.

Yet, we the crazys one for not injecting a convicted criminals drug?

@Stephan, you sound completely brainwashed. How is it ok to live in a society where you’re tightly controlled to the point of the government strictly limiting your personal movements as well as interfering with your bodily integrity?

What in the world is scientific about profiteering pharmaceutical companies and government paid scientists forcing people to take an injection that has already hospitalized and killed thousands? You need to educate yourself but I doubt it’ll help you

If these demons get their way, eventually we won't be able to step foot outside our houses without a vaccine.

And for any moron supporting this, you should know those pushing for this law won't be obeying it themselves - it's just for the plebs...

Movement restrictions are key features of communist regimes. So is censorship. America is going through its cultural revolution. Genocide is coming.

This country is on the precipice of civil war and balkanization.

@john, I have less than .01% from dying form this virus. Partially because it's not a lethal virus but also because I do everything I can do make sure my immune system is in great shape. My health is my responsibility. Everyone else's health is their responsibility. I have no obligation to get a test (which is not a diagnostic) nor an experimental medical technology to "protect" anyone.

@john, I Agree with Liberty

@john, cdc director just admitted on national television that the vaccinated are spreaders of COVID , and every other existing virus. COVID is over , find a new cause

@Liberty, Stop drumming up your nonsense and ultra-hyperbolic comments. It's a 10-minute appointment that protects not only you but everyone around you. You're rambling about "genocide", "civil war" and "cultural revolution". You throw around heavy words with 0 thought and do not understand the heavy weight they carry, while being completely wrong on all points.

This needs to stop!!! We are tired of covid laws and restrictions!!! Now we need to pay $100 for the test for a domestic flight??? Insane.

Unfortunately, this bill won’t get 60 votes in the Senate since Republicans love sacrificing their own constituents in the name of culture wars while behind closed doors, they’ve already been vaccinated of course. .

It really is time for the unvaccinated to get prepared to drive everywhere. Just like the Yellow Fever vaccine and others, get prepared to show proof. We all want to return to normal.

@Dee, There is no "return to normal." This was a lie. It always was. By wishing for the impossible you're holding back progress we can all still make to avoid a dystopian future.

Also, we do not live in a world where showing proof of vaccine is a normal part of life. Yes, this is true in public schools and yes, if you're Congolese and are planning to travel to Nigeria you need to show proof of yellow fever to travel but this is still not common.

@Dee, you mean fortunately. It seems that democrats as usual only care about making life harder for everyone except their elite friends and themselves. I am sure all of them will be exempt from these since they can afford to travel on their private jets. They told us that life will get back to normal after we took the vaccine and yet we still need to use face masks because the virus still transmits amongst the vaccinated. If you want to live in a prison and show your papers move to Australia.

@MF, Denmark is back to normal because they’ve vaccinated 90% of their people. Florida and Texas have some of the highest death rates per capita, along with the Midwest.

Why do you think Southeast Asian countries who have always used masks before COVID kept their cases down?l throughout the first and second waves before partially opening up?

Why do you think San Francisco, despite being one of the most densely populated cities in the US, has an incredibly low case and death rate?

You are free to have your opinions on some of the things you’ve stayed. You’re not entitled to make false statements that masks don’t work. A quick look at examples around the world will show you otherwise.

Further, natural immunity fades within 6-9 months. What studies have shown is that those who recover from COVID and get vaccinated have the lowest hospitalization and death rates.

@MF, 100% agree with you on everything you say and you are absolutely correct (for the record, I'm vaccinated. The only reason being that I saw all these restrictions on social life coming. I also know I'll catch the virus again some day. A virus is always gonna virus.)

The virus will spread regardless of what people do. Vaccines can reduce symptoms for at risk groups but that’s it. Natural immunity is the only true immunity so all the vaccinated people will have to get their breakthrough cases for cases to get near 0.